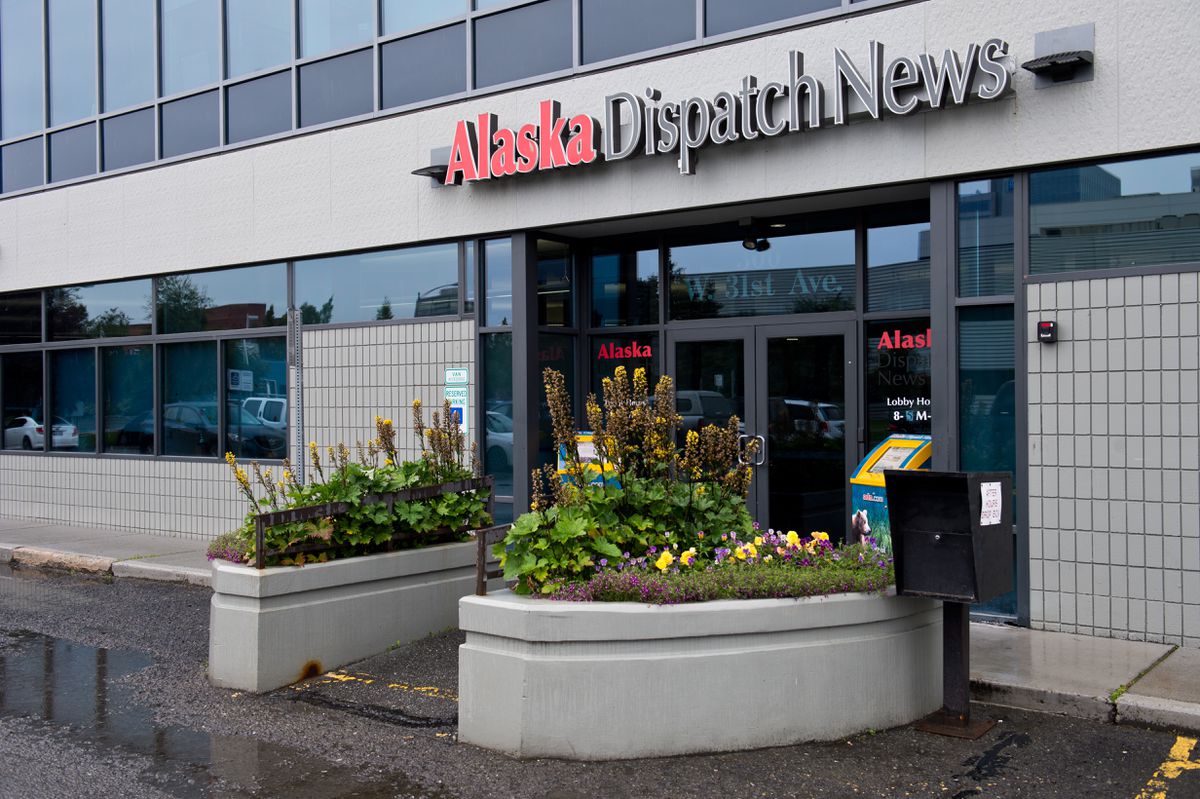 The long list of creditors owed millions of dollars by Alaska Dispatch News in the company's bankruptcy case won't be recovering their money anytime soon — if at all.

The $1 million paid for Alaska Dispatch News went toward keeping the company operating throughout the early stages of bankruptcy. That means nothing from the asset purchase of ADN is available for dozens of creditors — small businesses and individuals owed a few hundred dollars and larger companies aiming to collect tens of thousands or more.

The amount of money vendors are owed totaled more than $2.5 million in mid-August when documents were filed with the bankruptcy court reporting ADN finances.

The list included local companies, entities and individuals — from Alaska Airlines, freelancers and employees for the newspaper to Ravn Alaska and Anchorage Convention Centers — and many Outside companies, including news and financial services like Dow Jones and Thomson Reuters.

Some of the past-due bills were paid by the news company after the court allowed payments for health insurance and employee wages.

"They're not getting anything, but they weren't getting anything in the first place anyway, unless there was $12 million on the table," said Erik LeRoy, an attorney representing Binkley Co. LLC, the company that was approved by a federal bankruptcy judge on Monday to buy ADN.

The news company filed for Chapter 11 bankruptcy protection in August and has been spiraling financially.

Mike Mills, an attorney representing a committee of unsecured creditors, had filed an objection to the sale to the Binkley group, which is composed of siblings Ryan Binkley, Wade Binkley, James Binkley and Kai Binkley Sims.

"A sale is the right answer, but the price that's being put forth is too little for what's being attained," Mills told Judge Gary Spraker on Monday. "Obviously a competing bidder would have been a far better scenario from the committee's perspective."

In the week before the Binkley purchase, a Canadian newspaper executive was in Anchorage asking questions about ADN, but didn't submit a bid.

Martin Leopard, assistant general manager at Eagle Web Press in Oregon, one of the creditors, said his company didn't expect to recover any of the nearly $59,000 that bankruptcy court records show it is owed.

"It just doesn't work that way. We're an unsecured creditor. We have no collateral," Leopard said in an interview in late August.

The company prints inserts and special sections for the newspaper.

"We've been down this road before," Leopard said. "When you get to this point with someone with such a debt load … nah."

Kim Carlisle, of the Anchorage trucking company Air Land Transport Inc., said getting paid by ADN has been an issue since May.

"It would be fantastic if we could (recover the money)," Carlisle said. "I don't know. I'm not hopeful. It's really too soon to tell, too. These things can last for years."

She added that Air Land Transport — owed nearly $9,300 — still wants to work with the new owners of the newspaper.

There is a possibility that the Chapter 11 reorganization case will get converted to a liquidation in Chapter 7 of the federal bankruptcy code, where remaining assets not acquired by the Binkley group, would be sold.

Assets the Binkley group didn't acquire include two websites — ArcticNow.com and ShowMeAlaska.net. The Binkley group still hasn't decided whether it will take idle press equipment in a warehouse on Arctic Boulevard.

When asked what comes next for creditors in the case, LeRoy said that's still unclear.

"It depends on if anything is developed in the Chapter 7 bankruptcy," he said. "I don't see it, but maybe there will be."

There's also a hierarchy for which debts gets paid if any money is recovered in a Chapter 7 case, said Cabot Christianson, an attorney representing ADN in the bankruptcy. Bankruptcy expenses come first, then priority claims, then unsecured creditors, he said.

Telecommunications company GCI, which had filed an eviction lawsuit against ADN to boot the company's newspaper printing operations from its East Anchorage building, said in its case that it intended to "pierce the corporate veil" between previous publisher Alice Rogoff's personal finances and the finances of the news business.

While corporations and limited liability companies like ADN LLC are generally considered legal entities in themselves, owners can sometimes be ordered to assume their liabilities personally.

"They don't have claims against Alice except these piercing the corporate veil claims, and those aren't easy to prove in Alaska," said LeRoy.

The hearing regarding converting the case to Chapter 7 or dismissing the Chapter 11 is set for Sept. 22.