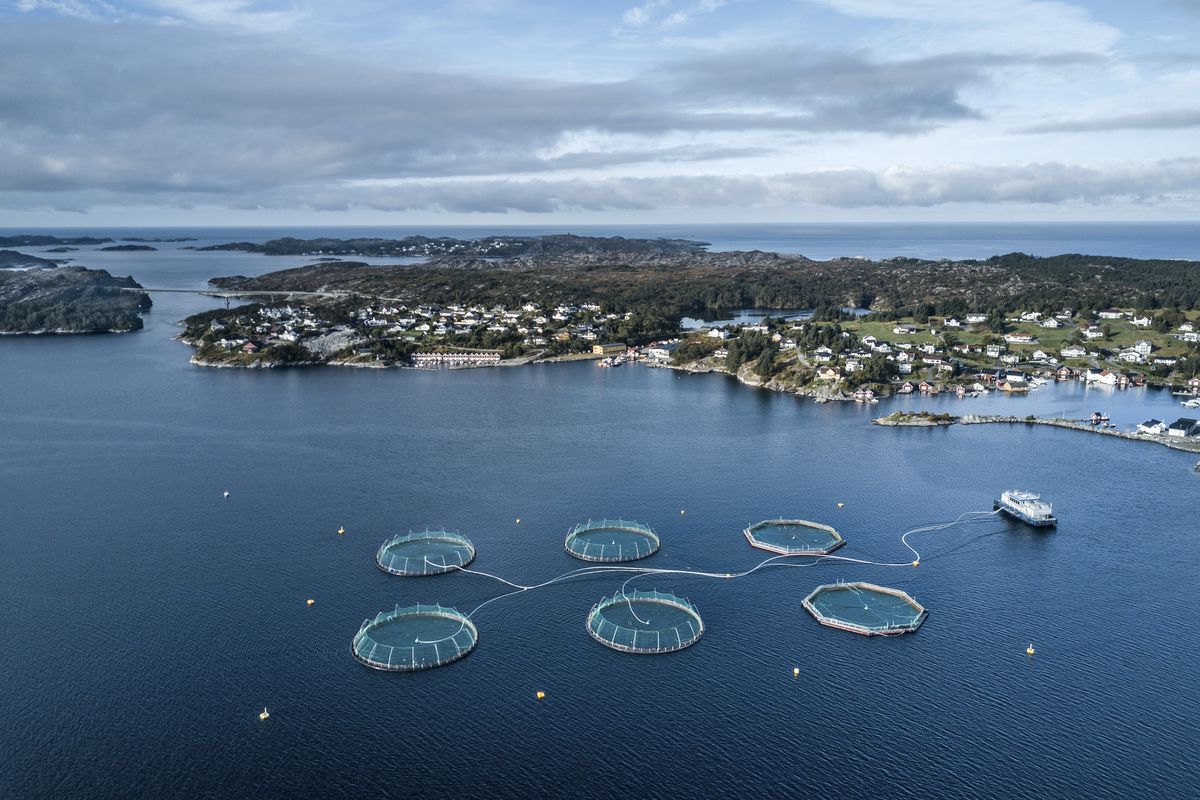 Recurring news headlines that have widely circulated about alarming declines of Pacific salmon have spawned a savvy new marketing strategy that tells consumers they can help save wild fish by eating farmed.

Earlier this year actor Leonardo DiCaprio invested in a company called LoveTheWild ("a champion of sustainable, delicious fish") which is promoting its oven-ready farmed fish dishes to U.S. supermarkets.

"With LoveTheWild, we sought to create healthy and easy-to-prepare meals that people can feel good about — both in terms of how the fish is raised and how it tastes," CEO Jacqueline Claudia told SeafoodSource news.

The Denver-based company has now partnered with Amazon-owned Whole Foods Markets to sell its frozen fish dinner kits in more than 400 stores. (The dinners include salmon with coconut red curry, which features farmed fish from Norway.) Meanwhile, an investment fund called Aqua-Spark is backing LoveTheWild with $2.5 million to help them ramp up social media and marketing outreach to tempt consumers to opt for farmed fish at more than 6,000 supermarkets over five years.

"The exploitation of our oceans has left many marine ecosystems on the brink of total collapse, and LoveTheWild is empowering people to take action on the crisis in a meaningful way," DiCaprio said in a People magazine splash earlier this year.

In terms of salmon, "that is very misconstrued and quite frankly, wrong," responded Michael Kohan, seafood technical director for the Alaska Seafood Marketing Institute. "Farmed production is in a completely different arena. It has no basis in terms of a consumer's decision-making whether or not to choose a wild or a farmed product at the supermarket."

"Alaska's science-based management is a model of sustainability for other fisheries around the world," she said.

"Their heart might be in the right place, but I don't think they are thinking it through," he said. "They forget that the fisheries they are trying to protect are just a very small portion compared to all the fish that are caught in Alaska. If you're worried about that, just buy fish from a responsible fishery. Then you're voting with your dollar to support those who are doing things right."

The economic importance of supporting sustainable fisheries gets lost in the farmed fish message, Kohan said.

"Alaska's fisheries support over 60,000 jobs," she said. "We have a huge community of people who rely on consumers eating wild fish to support their livelihood. You support wild fish by eating wild fish."

Cod and pollock were the big winners at the 25th annual Symphony of Seafood competition last week at Pacific Marine Expo in Seattle.  The popular event, hosted by the Alaska Fisheries Development Foundation, showcases new Alaska seafood products that compete in four categories.

"We take all the fuss out of cooking. You take it from the freezer and pop it in the oven for 35 minutes and you have a dinner for four. It's the first time it's ever been done. It's beautiful," said Keith Singleton, vice president of marketing.

Alaskan Leader also took top honors in the Beyond the Plate category for its cod crunchies pet treats. The category highlights new items created from seafood byproducts. The treats are made from the trimmings of cod fillets that are minced and turned into jerky-style wafers.

"The pets go absolutely crazy over it. They do spins and hurdles, whatever you want. It is pretty comical," Singleton said.

The goal of the Symphony is to create more valuable products and expand markets for Alaska seafood, and salmon is a "poster child" for that diversification over the past two decades.

"It used to be that we had two different types of salmon, canned and frozen/headed and gutted, sitting in a crate on the floor at the grocery store, like pumpkins during Halloween," said Bruce Schactler, Food Aid Program Director for the Alaska Seafood Marketing Institute. "Now we have hundreds of new products that have created a several-hundred-percent increase in value."

Many second- and third-place winners also were selected at the Seattle event. Those, along with the grand prize winner, are being kept secret and will be revealed at a second Alaska Symphony of Seafood event in Juneau in February.

While it's steady as she goes for the values of both Alaska salmon permits and high-priced halibut quota shares, there is little buy/sell/trade action for shares of Bering Sea crab.

"It's stagnant and that's largely due to availability, and over the years there has been consolidation. Those people are in for the long haul. Likewise, the CDQ (community development quota) groups and they don't sell," said Jeff Osborn at Dock Street Brokers, the "go to" guy for crab quota share insights.

"Guys don't want to sell on a low catch, even if the price of quota has increased. They'd rather wait till the quota comes back up." Osborn added.

It's hard to pinpoint a price for crab quota shares, Osborn said, since there have been so few transactions among the roughly 480 holders of crab quota.

"Red king crab was pushing $70 a pound, but I don't know if the market would bear that now. Snow crab would at least be in the mid-$20's, if not higher. But that's a fair amount of speculation on my part," he added.

Osborn said that the ''volatile biology'' of the crab stocks and the potential impacts of an off kilter ocean are "tough for crabbers to talk about."

"They aren't ignoring it, but it's kinda like, 'what do you do?' They wonder if and when it is going to affect the fishery and to what extent," he said.