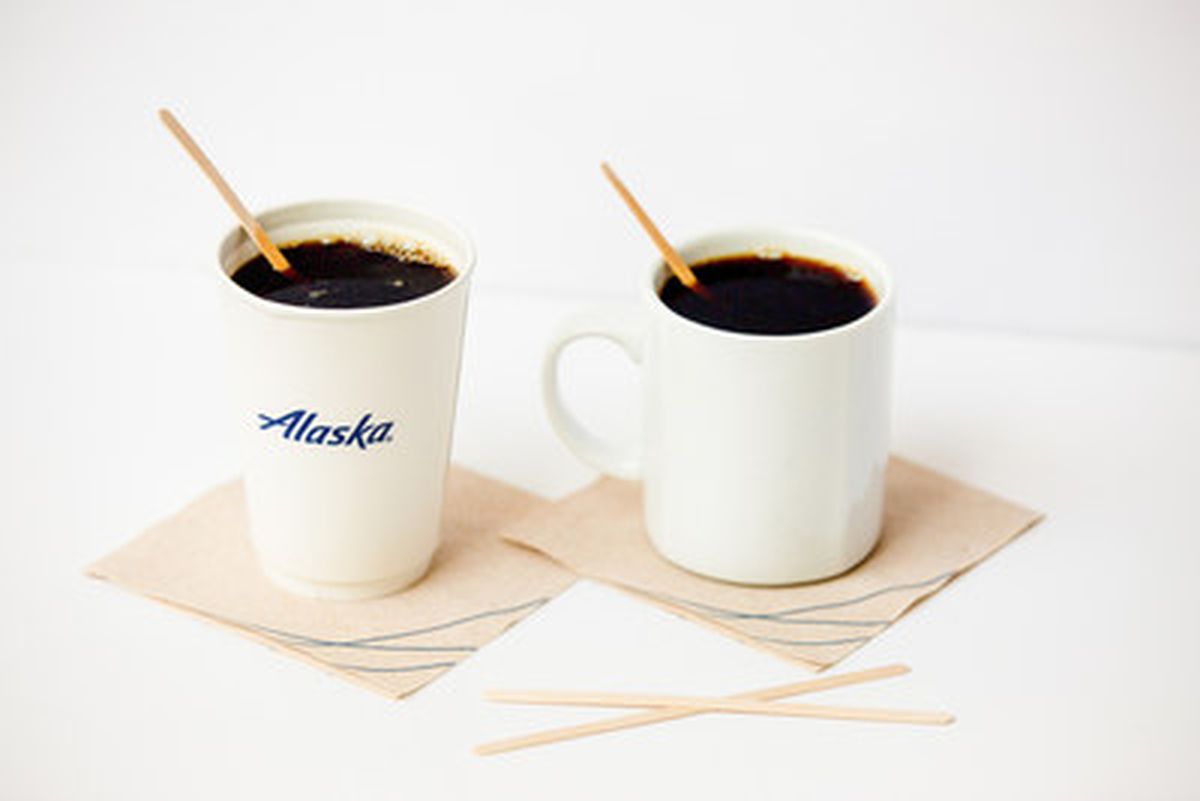 In an announcement Monday, the company said that it will no longer be handing out single-use, non-recyclable plastic straws, stir sticks and citrus picks.

The airline plans to make the switch July 16 on all of its domestic and international commercial flights, as well as in airport lounges, the release says.

In 2017, the company handed out 22 million plastic stir straws and citrus picks. In July, those will be replaced by white birch stir sticks, certified by the Forest Stewardship Council, and bamboo citrus picks.

Meanwhile, "non-plastic, marine-friendly straws will be made available to guests with special needs and upon request," the release says.

Nonprofit organization Lonely Whale first approached Alaska Airlines in the fall of 2017, asking if it was interested in going straw-less, spokesperson Catherine McNally wrote in an email.

"At the time, others who had joined the strawless movement included Port of Seattle, City of Vancouver and the City of Seattle, making our decision to partner with Lonely Whale a no-brainer," McNally wrote.