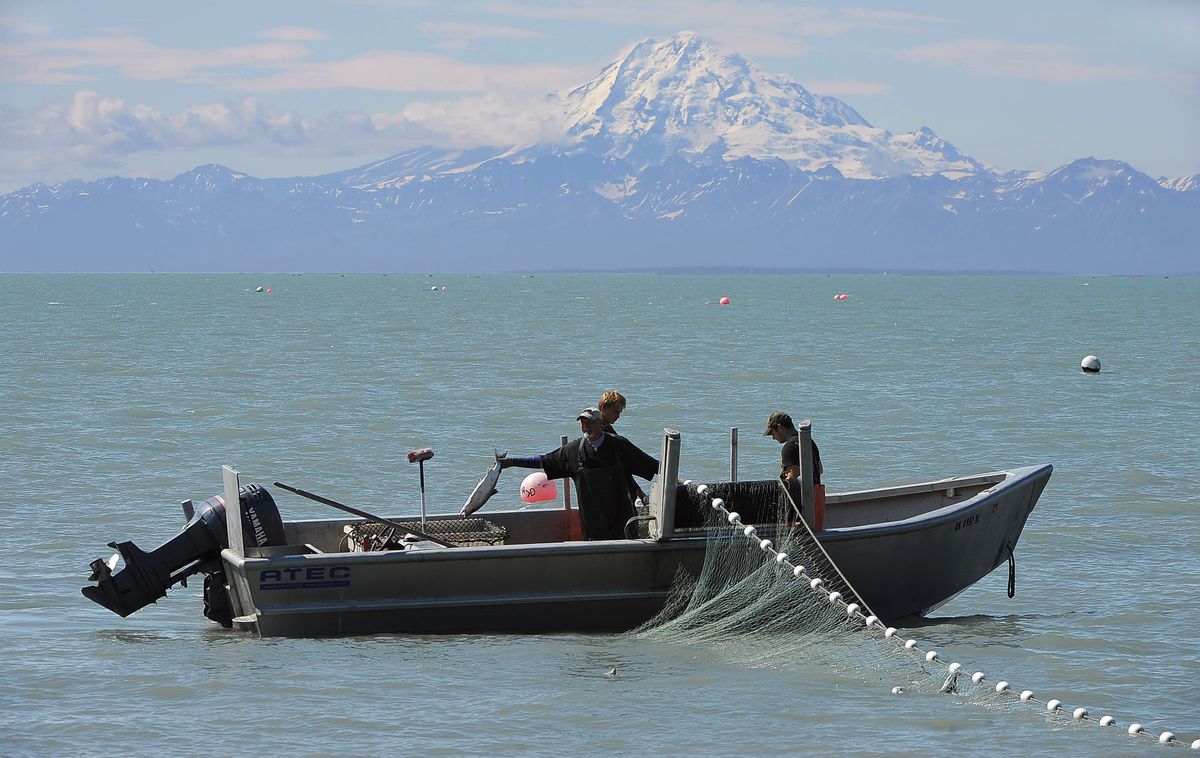 Segments of the Upper Cook Inlet commercial sockeye fishery will again start with restrictions to limit the harvest of late-run Kenai kings.

Alaska Department of Fish and Game managers issued an Emergency Order June 15 restricting the late-run Kenai king sport fishery, which starts July 1, to fishing without bait and all kings longer than 34 inches must be released.

That means the fishing time for East Side Cook Inlet setnetters will be no more than 36 hours per week, as long as the sport gear and harvest restrictions remain in place, per the Board of Fisheries paired restrictions plan for the sport and commercial fisheries that are often in conflict.

This year the time restrictions on the setnetters kick in earlier as well because the Board of Fish broadened the paired restrictions to also include the Kasilof Section, where fishing will start June 25 or before if the number of sockeye into the Kasilof is sufficient to warrant an early opening.

ADFG’s late-run Kenai king forecast estimates a total return of 22,707 large kings greater than 34 inches, which is within the sustainable escapement goal, or SEG, range of 13,500 to 27,000 large fish but would be the sixth-smallest return in the past 35 years, according to the department. However, it would still be nearly double last year’s total return of just 12,780 of the famed large, late-run Kenai kings.

The average return over the past 35 years is approximately 43,000 large fish but over the past five years it’s fallen to an average of about 21,600 large kings, according to the department.

The Board of Fish also established an optimal escapement goal of 15,000 to 30,000 late-run Kenai kings — a win for sport interests — in a further attempt to get more fish into the river.

Kenai-area Sport Fish Management Biologist Colton Lipka said the preseason Kenai late-run restriction was implemented in part because of the low forecast and also because the early-run of Kenai kings has been extremely poor.

Through June 15 just 1,165 large kings had been counted on the Kenai, much less than the minimum optimal escapement goal of 3,900 fish. Early-run fishing was closed June 8 by Emergency Order.

Lipka said there is some correlation in the performance of the two stocks; the early-run Kenai kings generally spawn in tributary streams while the late-run fish spawn in the main stem of the Kenai.

For all interests, the slow start to another Kenai salmon season is beginning to feel less like an exception and more like the norm.

For the setnetters, the time restrictions come on top of a less-than-stellar forecast for sockeye on the Kenai Peninsula. The Kenai sockeye return is forecast at roughly 2.2 million fish, which is 38 percent less than the 20-year average of 3.6 million. About 723,000 sockeye are expected to return to the Kasilof, which would be 26 percent less than the average of 971,000 fish.

While better than average returns are forecasted for the Fish Creek and across the Susitna River drainage, the low expectations on the two most productive sockeye systems in Upper Cook Inlet mean the total commercial sockeye harvest is forecast at 1.7 million fish this year, which would be approximately 40 percent less than the 20-year average of 2.8 million sockeye caught.

The small harvest forecast comes on the heels of two consecutive low-harvest years for the Upper Cook Inlet sockeye fishery as well.

As a result, this year Pacific Star Seafoods in Kenai will be the only processor in the area, according to multiple sources.

Representatives at Pacific Star did not respond to requests for comment.

Upper Cook Inlet commercial fishermen contend the processor situation exemplifies the broader economic activity lost in the region as restrictions are placed on commercial salmon harvests, largely in attempts by the Board of Fish to provide more fish to other user groups.

The small expected returns also come in the first year of an increased SEG for the Kenai and a lower optimum goal for the Kasilof. The board increased the Kenai goal range from 700,000 to 1.2 million sockeye to 750,000 to 1.3 million based on the department’s recommendation and moved the lower bound of the Kasilof goal down by 20,000 fish to 140,000 sockeye and the upper bound up by 30,000 to 370,000 sockeye.

Upper Cook Inlet Commercial Fisheries Area Manager Brian Marston said it’s unlikely the Kasilof will meet the threshold of 30,000 escaped sockeye to open the Kasilof Section before at least June 22, but noted that assessment was based on just the first day of counts, June 15, in which 3,942 sockeye passed the Kasilof sonar. The Kasilof Section is otherwise scheduled to open June 25.