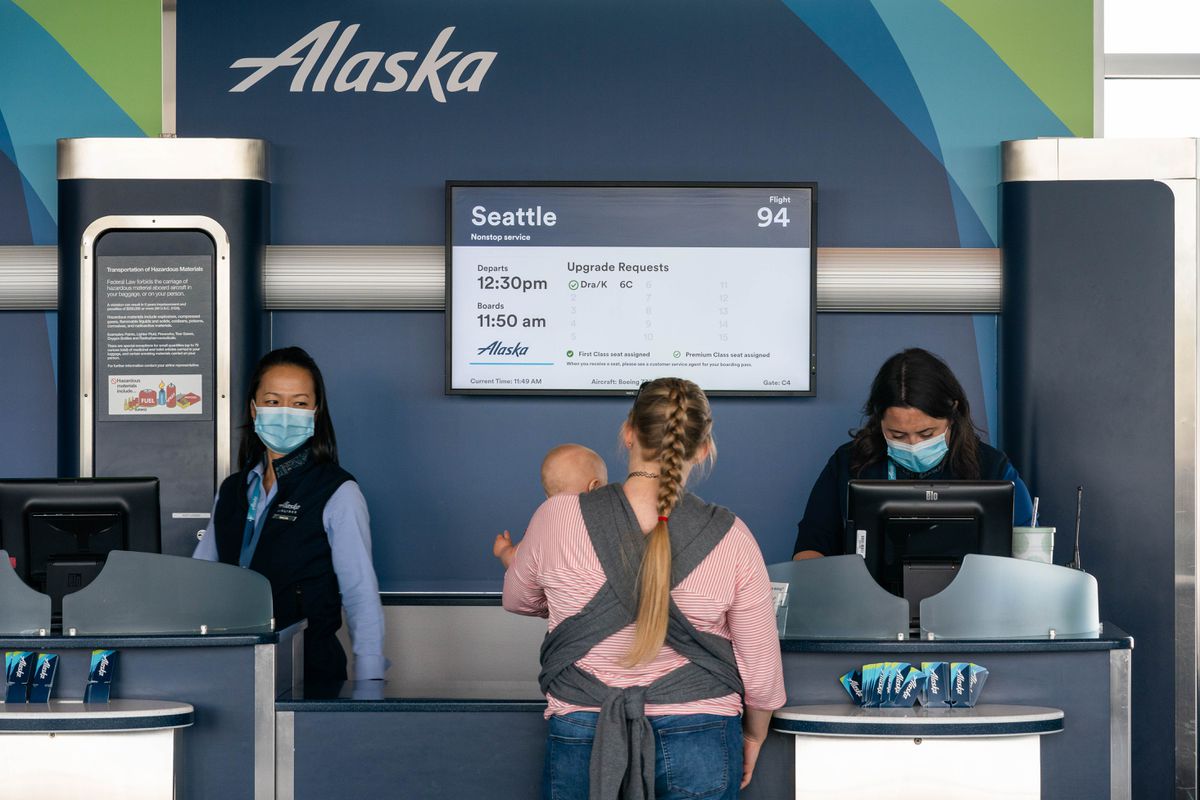 SEATTLE -- Thanks to a large number of pilots opting to either retire or take voluntary leave at reduced pay, Alaska Airlines will avoid layoffs among its 3,000 pilots in the immediate future. Other employee groups at the airline still await news of possible layoffs, and might not be so lucky.

In a message to the pilots Monday evening, Will McQuillen, chairman of the Alaska unit of the Air Line Pilots Association (ALPA) union, said management’s need for staffing cuts among pilots was fully addressed by participation in the voluntary options.

“I am pleased to report senior management agrees and has confirmed that no pilots will be furloughed,” McQuillen told his members. “Absent a new unforeseen significant downturn in Alaska Airlines’ business, the threat of involuntary furlough is behind us.”

More than 1,000 Alaska Airlines pilots took the incentives: 137 chose to retire early and an additional 929 opted to take extended leave ranging from 6 to 24 months.

John Ladner, Alaska’s vice president of flight operations, cautioned that due to the COVID-19 pandemic’s devastating impact on air travel, the future remains uncertain, without a clear schedule for a recovery in air travel.

“The reality today is that demand is 70-80% lower than normal and that is obviously not sustainable,” he wrote in a separate message to pilots. “Ultimately, we will need to manage our staffing to match future demand.”

Alaska Air Group Inc. on Thursday reported a second-quarter loss of $214 million, after reporting a profit in the same period a year earlier.

[Pandemic sends Alaska Air into the red for latest quarter]

Ladner said Alaska currently projects demand will improve to be only somewhere between 30% and 50% below normal. The company is planning for various levels of reduced demand in the summer of 2021, including scenarios of 20% or 10% below normal.

“What it looks like beyond that becomes even less clear,” he wrote. “We are seeking out opportunities such as cargo, charters, and new markets to find additional revenue in order to return to a growth mode which fuels our future.”

For now, though, the threat of large-scale layoffs looming over the airline industry — just last week, American Airlines announced plans to lay off 20,000 employees, including 2,500 pilots, in October — is avoided at Alaska, if only for the pilots.

The company said in a statement that “the employees who took voluntary leaves and early outs allow us to keep all our pilots employed beyond Sept. 30, either as a flying pilot or on a leave at a reduced rate of pay and with full health-care benefits.”

ALPA’s McQuillen said, “We’ve always maintained that there was a smarter way to address our company’s staffing issues than furloughing pilots.”

Ladner’s message to pilots praised those opting for the voluntary leave programs for “helping the company and helping our peers during these unprecedented times.”

Last month, Alaska Air Group President Ben Minicucci said the company is preparing to shed as many as 3,000 jobs next year from its 23,000-strong workforce.

The agreement with ALPA does not protect just over 800 pilots who fly for Alaska’s regional subsidiary Horizon Air, who are represented by the Teamsters union.

The company said it “is working to avoid involuntarily reducing the number of Horizon pilots at this time and are hopeful furloughs may be avoided.”

“We will continue engaging with (the Teamsters union) to determine if voluntary leaves of absence are needed in the coming months,” the company added.

Alaska management is also still in negotiations with the union representing flight attendants. About 6,000 at Alaska Airlines and a separate group of about 700 flight attendants at Horizon Air have also been offered early retirement and leaves of absence.

The company said the higher cost of furloughing pilots and the training required to bring them back outweighs the cost of offering partial pay during the voluntary leaves. Similarly, more than 900 maintenance mechanics at Alaska Airlines are being offered a paid leave option.

The flight attendants have until the end of the month to consider their offers of unpaid leave, so the extent of any layoffs won’t be known until August.

Jeffrey Peterson, president of the Alaska unit of the Association of Flight Attendants (AFA) union, said the outcome could depend on an extension to the government’s payroll protection legislation now being discussed in Congress.

Barring that, he said, “while we always hope for the best, it’s unlikely we’ll achieve the numbers to avoid involuntary furloughs altogether.”