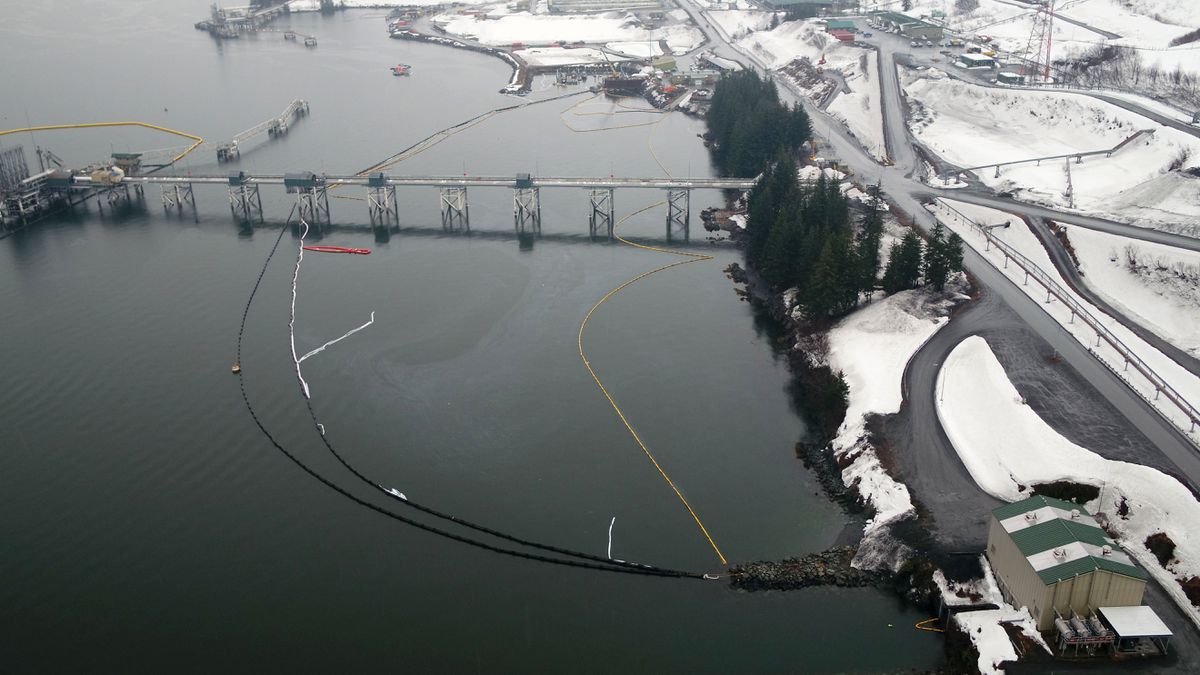 Nine days after observers discovered sheen on the water in Port Valdez, response crews on Tuesday made progress in reducing and containing the leaking oily water.

The mixture of North Slope crude oil and water originated at a drain area, or sump, about a quarter-mile uphill from the coast at the Valdez Marine Terminal. It was reported on Sunday, April 12.

The spill has killed three kittiwake birds, oiled another and killed a gull, the state reported.

Crews on Tuesday continued digging beneath snow, ice and dirt to determine the path of the pollution leaking into a small boat harbor at the terminal, the Alaska Department of Environmental Conservation said in a statement Tuesday afternoon.

“The outflow is currently discharging high volumes of snow melt and rain water with a minor sheen,” the agency said.

The amount of oily water entering the port has dropped, and responders have contained the spill in an increasingly small area on the water, the incident management team reported early Tuesday.

The oily water has leaked from a culvert that ends at the shoreline, the team said.

The team consists of the U.S. Coast Guard, the state environmental agency and Alyeska Pipeline Service Co., which operates the terminal where crude oil is loaded onto tankers.

Personnel working overnight Monday were able to reduce the size of the primary boomed area by two-thirds, the team said. More than 240 people are responding.

The cause of the spill is under investigation and the amount of oil spilled is unknown.

As of 11 a.m. Tuesday, about 866 barrels of oil and seawater, or 36,372 gallons, have been collected from the port, as skimmers on the water pick up the mix.

A dozen barrels of oil have been recovered from that mixture, the state said.

Thirty gallons of oil — less than one barrel — have been collected on land, the team reported.