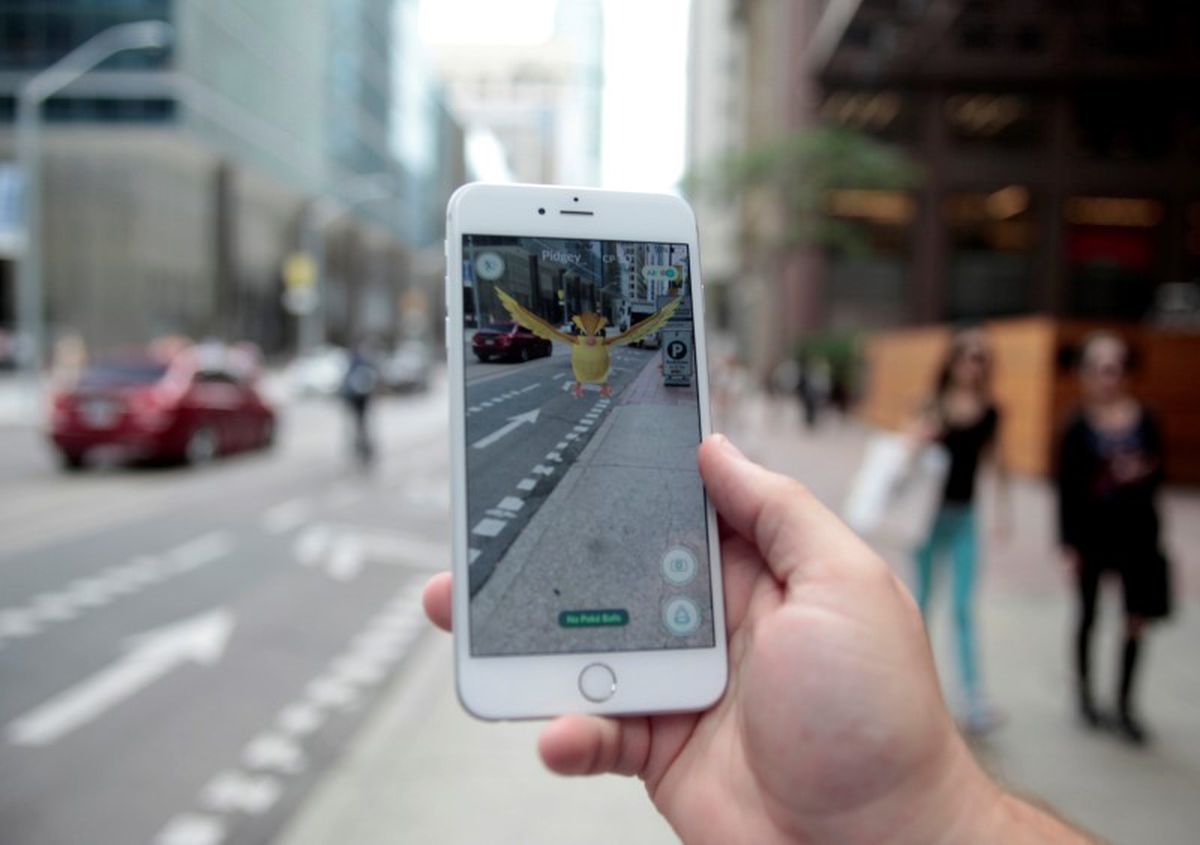 WASHINGTON – Almost everywhere you turn, it seems like people have their eyes glued to smartphone screens playing Pokemon Go. Since its launch last week, the app has quickly become a cultural phenomenon that has fans of all ages hunting around their neighborhoods for collectible digital creatures that appear on players' screens almost like magic as they explore real-world locations.

But there's at least one place that would really like to keep Pokemon out: The Holocaust Museum.

The museum itself, along with many other landmarks, is a "PokeStop" within the game — a place where players can get free in-game items. In fact, there are actually three different PokeStops associated with various parts of the museum.

[Weather Service office in Anchorage gets dragged into Pokemon Go]

"Playing the game is not appropriate in the museum, which is a memorial to the victims of Nazism," Andrew Hollinger, the museum's communications director, told The Post in an interview. "We are trying to find out if we can get the museum excluded from the game."

The Holocaust Museum's plight highlights how apps that layer a digital world on top of the real one, or so-called augmented reality games, can come with unforeseen consequences and raises questions about how much control the physical owner of a space can exert as those two worlds intersect.

One image circulating online appears to show a player encountering an unsettling digital critter inside the museum: A poison gas-type Pokemon called Koffing floating by a sign for the museum's Helena Rubinstein Auditorium. Clearly, it's an awkward if not offensive thing to find in a place dedicated to making sure the world never forgets those killed in the gas chambers at Nazi death camps.

The image, which appears to have originated from a now deleted post on the photo-sharing site imgur, might be a hoax: That particular Pokemon didn't appear nearby when this Post reporter visited the museum Monday afternoon, although the specific Pokemon that appears in each location does vary from time to time. Hollinger said that the museum is aware of and concerned about the potential Koffing appearance.

If a player really did encounter a Koffing inside the museum, it seems unlikely that Niantic Labs — the developers behind the game — would have made it show up there on purpose. But even the specter of that particular Pokemon spawning there raises questions about what sort of controls the game has in place to stop its fantasy world from causing distress in the real world, even if that distress is unintentional.

Niantic did not immediately respond to inquiries about the alleged Koffing sighting or if there was anyway to honor the Holocaust Museum's request to stop Pokemon from popping up inside its building.

Hollinger stressed that the museum is generally pro-technology and encourages visitors to use social media to share how their experiences with the exhibits moved them. "But this game falls very much outside that," he said. Hollinger added that it seemed disrespectful, especially in more solemn parts of the complex like the Hall of Remembrance.

On Monday afternoon, there were plenty of people inside the museum who seemed to be distracted from its haunting exhibits as they tried to "catch 'em all." A player even used a lure module, a beacon that attracts Pokemon to a specific PokeStop, on the museum's marker — making double-headed bird-like creatures dubbed Doduos and rodent-like Rattatas practically swarm on users' screens.

The player behind the lure, a 30-year-old visiting from North Carolina named Dustin who declined to share his last name with The Post for privacy reasons, was excited to catch a crustacean-like Krabby while waiting in the museum's lobby with a group of friends to pick up tickets for a scheduled tour of the exhibits.

Although the museum is uncomfortable with its Pokemon infestation, most of the players building up their digital critter collection inside the building at least didn't seem to mean any disrespect.

"It's not like we came here to play," said Angie, a 37-year-old member of Dustin's huddle who also declined to share her last name for privacy reasons, "But gotta catch 'em all."