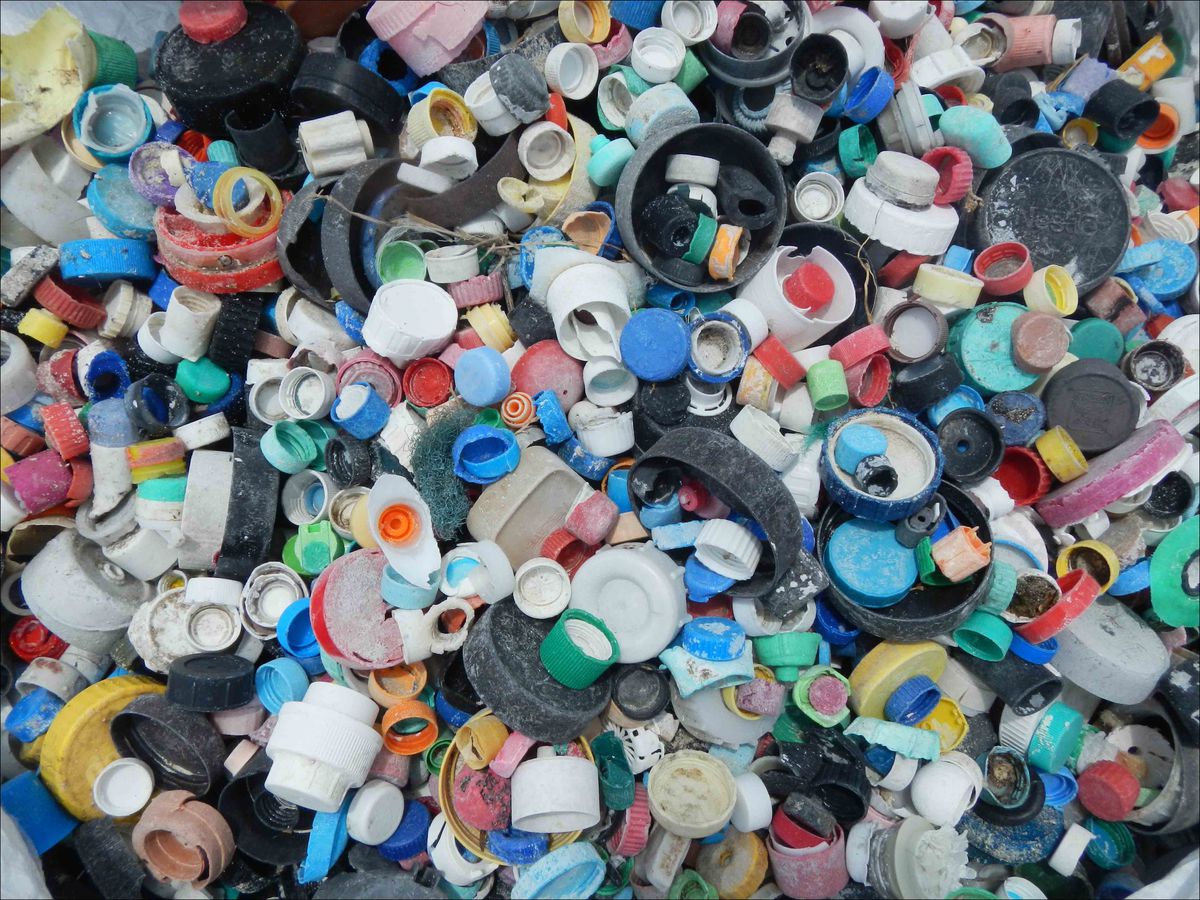 More than 9 billion tons of plastic has been produced since 1950, and the vast majority of it is still around.

A new study that tracked the global manufacture and distribution of plastics since they became widespread after World War II found that only 2 billion tons of that plastic is still in use. Seven billion tons is stuck on Earth as garbage in landfills, recycled trash or pollution in the environment, including deep oceans, where it's been discovered in the mouths of whales and the bellies of dead seabirds that mistook it for food. A small amount is eliminated in incinerators.

As plastic becomes near-indestructible mountains of garbage on land and swirling vortexes of trash on the high seas, humans keep making more. Half of the plastic that people mostly use once and toss away was created in the past 30 years, the study says.

Plastic's most lucrative market is packaging commonly seen in grocery stores. It could be in front of you right now, in the form of a water bottle, a carryout lunch container, or an iced-coffee or tea cup with its disposable straw.

It's a miracle product that's also in your office chair, phone and computer keyboard. The pipes that move water in your building are often plastic. You probably touch plastic to switch on the car radio on the foam plastic dashboard. Plastic is pretty much everywhere humans are at any part of the day, anywhere in the world.

In 1960, plastic accounted for just 1 percent of junk in municipal landfills across the world. As single-package containers led to an explosion in convenience and use, that number grew to 10 percent in 2005. A recent study in the Proceedings of the National Academy of Sciences estimated the amount of plastic debris floating in the open ocean at 7,000 to 35,000 tons.

"If current trends continue, the researchers predict over 13 billion tons of plastic will be discarded in landfills or in the environment by 2050," the American Association for the Advancement of Science said in a statement announcing the new study's release Wednesday. It was published in the journal Science Advances.

"I think for me that's the single most surprising thing, the implication of the large growth rate," said Roland Geyer, one of the authors. Another surprise, he said, is how far the United States lags behind China and Europe in recycling plastic material.

In the study, Geyer wrote, "On the basis of limited available data, the highest recycling rates in 2014 were in Europe (30 percent) and China (25 percent), whereas in the United States, plastic recycling has remained steady at 9 percent."

Recycling only delays plastic's inevitable trip to a trash bin. Incineration is the only way to assure that plastic is eliminated, and Europe and China by far lead the United States in that category as well, up to 40 percent compared with 16 percent.

But burning plastic is risky because if the emissions aren't carefully filtered, harmful chemicals become air pollution. Like other countries, the United States has been slow to enforce regulations on industry emissions.

China is easily the world's largest producer of plastics, with Europe and North America also looming large as major players, Geyer said. Other Asian nations round out a long list of manufacturers. But consumers are the polluters, and people on every continent participate, from the Arctic to Africa.

Plastic's vampire-like life cycle is nothing new. What's new with this research is its use of plastic-production data with "product lifetime distributions from eight different industrial sectors" to build a scientific model that showed "how long plastics are in use before they reach the end of their useful lifetimes and are discarded," the study said.

Each of them studied ocean garbage in the past, but Geyer, whose field is industrial ecology, the study of material and energy, suggested the plastics study. "I'm fascinated by materials and the way we use them . . . in particular waste management."

The scale of the world's plastic consumption and waste shocked them. "Even we were kind of surprised at the sheer magnitude of plastics being made and used," Geyer said. He said he hopes politicians, conservationists and consumers will pay attention to what they found.

"My hope is readers will get a sense of the sheer magnitude of the tide of plastics and the plastic-waste challenge we're facing," he said. ". . . It's enormous, and it's accelerating."

Unless it's burned, plastic has nowhere to go but in the ground or the water. "I think most experts agree these polymers . . . are going to be with us for decades if not centuries," Geyer said.