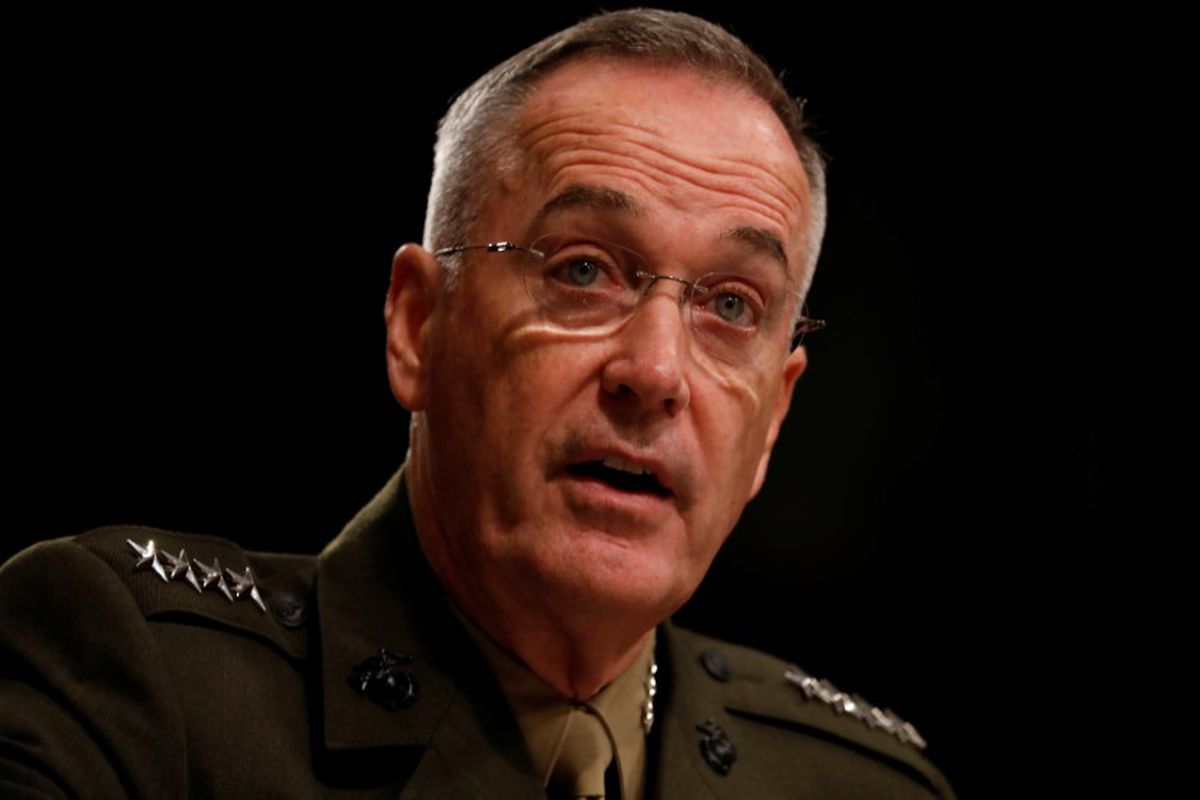 WASHINGTON – The chairman of the Joint Chiefs of Staff said in a written message Thursday to military leaders that there has been no change yet to the military's policy on transgender personnel, despite plans for a ban announced on Twitter by President Donald Trump.

"There will be no modifications to the current policy until the President's direction has been received by the Secretary of Defense and the Secretary has issued implementation guidance," Gen. Joseph Dunford said in the written message to service chiefs, commanders and senior enlisted leaders.

"In the meantime, we will continue to treat all of our personnel with respect. As importantly, given the current fight and the challenges we face, we will all remain focused on accomplishing our assigned missions."

Trump issued his surprise announcement on Wednesday morning in a series of Twitter posts, saying he would ban transgender people from the U.S. military, a move appealing to some in his conservative political base but creating vast uncertainty for thousands of transgender service members.

As a presidential candidate, Trump last year vowed to fight for lesbians, gays, bisexuals and transgender people. His decision drew condemnation from rights groups and some lawmakers in both parties as politically motivated discrimination but was praised by conservative activists and some of his fellow Republicans.

Although the White House said Trump had "extensive discussions with his national security team," his announcement appeared to catch the Pentagon off guard.

The White House said Defense Secretary Jim Mattis was informed after the president made the decision on Tuesday to go ahead.

Dunford, in his message to the U.S. military, appeared to acknowledge uncertainty in the ranks.

He started his message by saying: "I know there are questions about yesterday's announcement on the transgender policy by the President."

Trump, who cited "tremendous medical costs and disruption" as a justification for the ban, did not specify how it would be implemented.

It remained unclear whether the policy would apply to existing transgender service members or new transgender recruits.