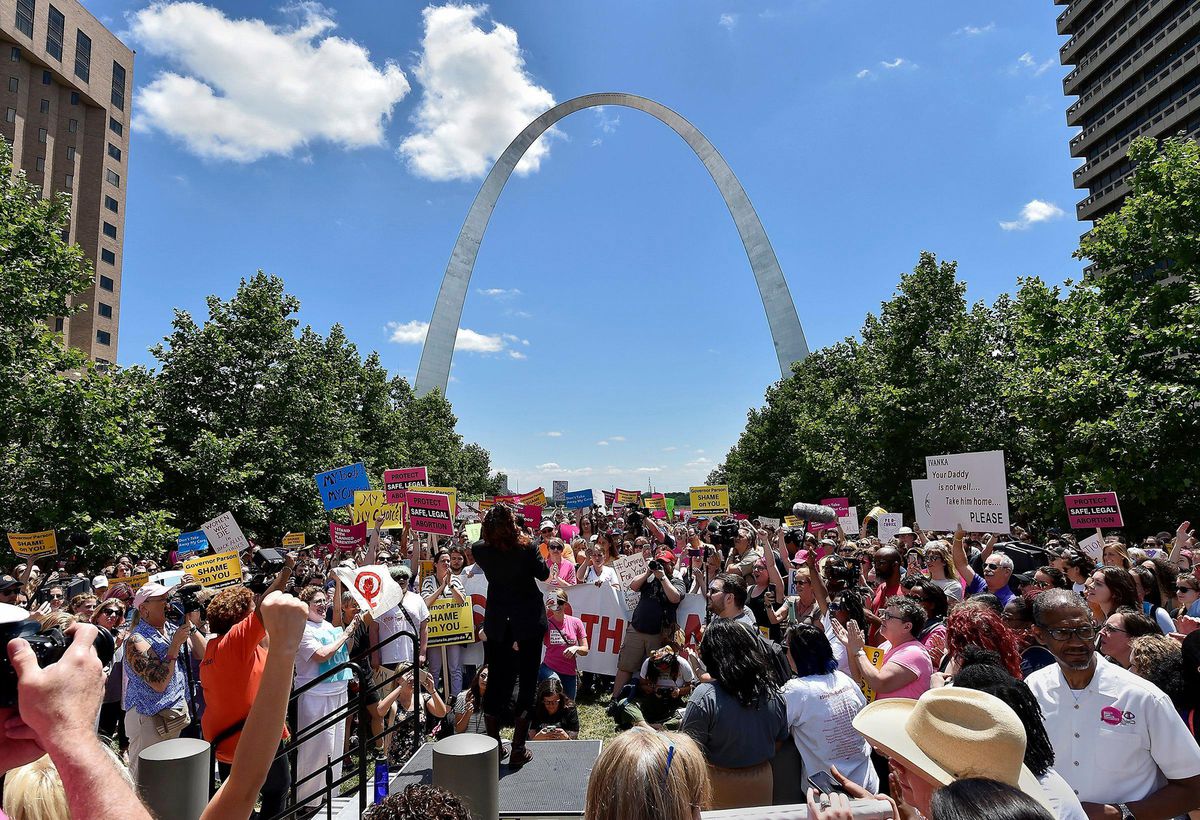 Such legal challenges have successfully overturned a number of restrictions, including a 2013 Texas law that would have left fewer than 10 clinics open in the state, and Paxton believes the situation gives abortion-rights advocates an unfair and unjustified advantage in the legal arena.

"Courts should no longer give abortion providers a free pass," Paxton told the Supreme Court in a recently filed brief.

"Somebody who's seeking an abortion, the last thing on their mind is initiating a lawsuit. They're interested in accessing care," said T.J. Tu, senior counsel for U.S. litigation at the Center for Reproductive Rights, which regularly challenges the constitutionality of abortion restrictions.

"Patients don't have the time, energy or resources to do it," Tu said. "For the law to expect that those women should take their attention off of where it should be ... and go into court and file a lawsuit against a senseless abortion restriction, that's just totally unreasonable."

Paxton's push to stop abortion clinics from suing on behalf of patients arose as a side issue to a legal fight over a Louisiana law that opponents say could leave only one clinic open in the state east of Texas.

Three clinics and two abortion doctors sued to block the Louisiana law after its passage in 2014, arguing that the inability to gain admitting privileges would leave only one doctor, in one clinic, available to provide abortions to roughly 10,000 Louisiana women who seek the procedure each year.

A federal judge backed the abortion providers in an April 2017 order that tossed out the law as an unconstitutional burden on access to abortion because most doctors could not get admitting privileges through no fault of their own.

Although Louisiana officials argued that having to obtain admitting privileges would give hospitals a meaningful check on abortion doctors' abilities, U.S. District Judge John deGravelles said physicians were denied privileges for reasons unrelated to their competency, such as objections to their abortion practice or requirements that they live within a certain distance from the hospital.

The judge also said the admitting privileges requirement did nothing to improve the health and safety of women, who would receive prompt emergency room care regardless of their abortion doctor's status.

In his ruling, deGravelles cited a 2016 Supreme Court decision that struck down the Texas admitting privileges law, which had been challenged by Whole Woman's Health, an abortion provider with clinics in three Texas cities, including Austin. That Supreme Court decision set a new legal standard requiring courts to weigh the benefits of an abortion restriction against the burden it causes.

After Louisiana appealed, however, the 5th U.S. Circuit Court of Appeals sided with the state in a 2-1 ruling that upheld the admitting privileges law, saying it would not burden a substantial number of Louisiana women and disputing assertions that only one clinic would be left open.

At the Supreme Court

Abortion providers turned to the Supreme Court, winning a 5-4 ruling in February that blocked the law from taking effect while the court decides whether to review the 5th Circuit Court's decision. That decision has not yet been made.

In the meantime, Louisiana filed a cross-appeal in May arguing that the admitting privileges fight offers "an excellent vehicle" to reconsider, and overturn, precedent giving abortion providers standing to sue on patients' behalf.

That sounded like an excellent idea to Paxton, a conservative Republican who adamantly opposes abortion.

Paxton co-authored a friend-of-the-court brief with Indiana Attorney General Curtis Hill Jr. that was joined by attorneys general from 10 other states.

Filed June 24, the brief argues that to have standing to sue on behalf of someone else, third parties must prove to a judge that there is a close relationship with an affected person whose ability to sue is hindered in some way.

Abortion providers, the Paxton brief argued, do not have a close relationship with potential patients and should not be able to challenge regulations intended to protect their health and well-being.

"The business interests of the doctors and clinics clearly conflict with the women's interests," the brief said.

Tu, the lead lawyer on the Louisiana appeal for the Center for Reproductive Rights, told the court that there is no evidence that requiring admitting privileges would improve the safety of any patient.

In addition, Tu said in an interview, Paxton's position ignores almost five decades of rulings acknowledging that abortion providers have a sufficiently close relationship with patients to file lawsuits to protect their rights and that it is "common sense that women face hindrances to asserting those rights" in court.

“The court has, in all of its landmark abortion cases, resolved claims that were brought not by patients but by doctors and physicians,” he said.