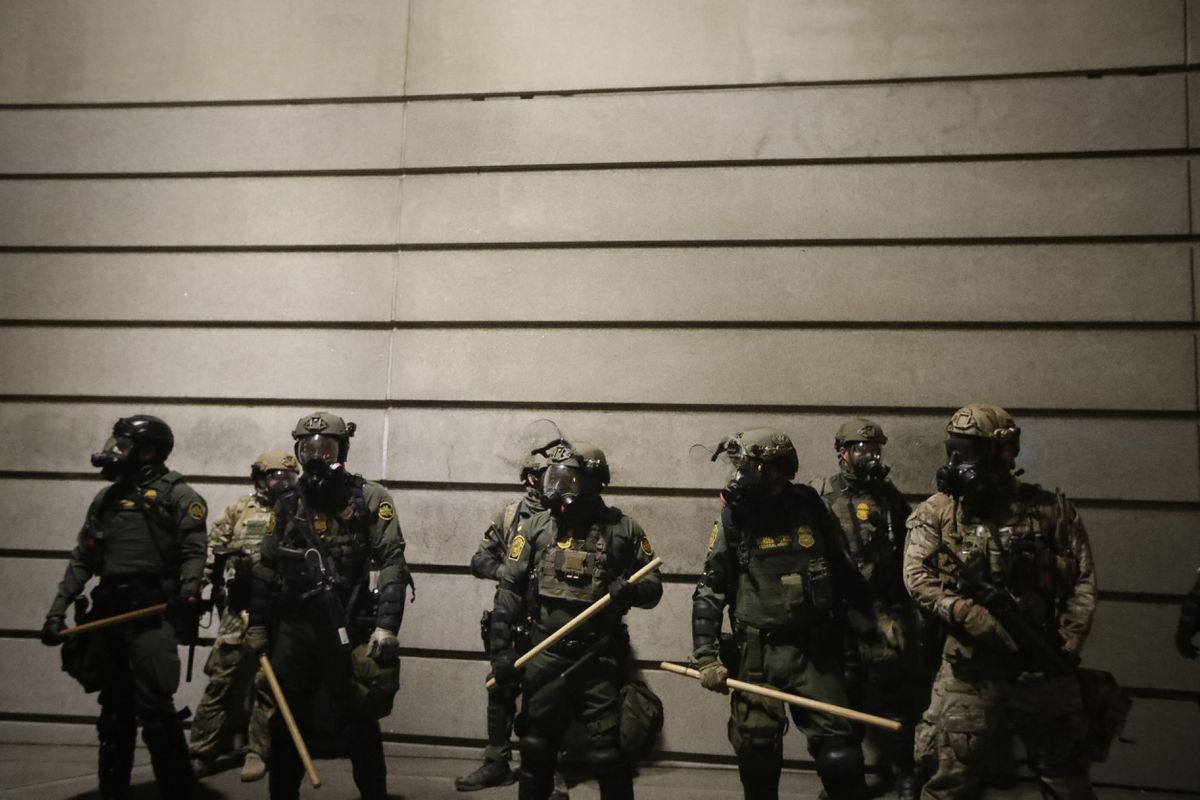 WASHINGTON - A senior Department of Homeland Security official whose office compiled “intelligence reports” about journalists and protesters in Portland, Ore., has been removed from his job, according to three people familiar with the matter.

Brian Murphy, the acting undersecretary for intelligence and analysis, was reassigned to a new position elsewhere in the department, the people said, speaking on condition of anonymity to discuss a personnel matter.

Murphy's removal follows revelations in The Washington Post that the Intelligence & Analysis Office (I & A) at DHS compiled Open Source Intelligence Reports about the work of two journalists who had published leaked department documents. In a separate intelligence report, the office also analyzed the communications of protesters in Portland.

Wolf, ordered I & A to stop collecting information on journalists after The Post article was published on Thursday.

Murphy had previously told Senate committee staff that his office did not collect, analyze or exploit information on the electronic devices or accounts of protesters. On Friday, Democratic senators sent Murphy a letter asking him to confirm that was true.

Murphy is a former FBI agent who worked on the bureau's efforts to combat radicalization. Current and former colleagues have described him as hard-charging and driven and said he has a history of defying managers and bosses.

Some current officials, who spoke on the condition of anonymity to speak candidly, said that Murphy has earned a reputation at DHS for aggressively trying to expand the operations of the intelligence office. Although it is technically an element of the broader intelligence community, I & A publishes reports largely based on unclassified or public sources and isn't designed to engage in clandestine operations like the FBI or the CIA.

Murphy tried to fashion the office into more of an operational player, akin to those larger agencies, and drew scrutiny and criticism internally over his efforts, some officials said. One noted that I & A's collection of information involving journalists was effectively the last straw and led to his ouster.

Officials have also worried Murphy was misapplying the authorities of I & A.

For example, the intelligence reports about the journalists' work appeared to justify collecting the information under a standing requirement for intelligence about cybersecurity threats. It was unclear how tweets by journalists constituted a threat to cybersecurity, which the department usually interprets as hackers trying to disable critical infrastructure or break into classified computers.

Recently, Murphy tried to broaden the definition of violent protesters in Portland, in a way that some officials felt was intended to curry favor with the White house.

In an internal memo, Murphy announced that the label "violent opportunists," which his office had used to describe people who were attacking law enforcement personnel and property, would be changed to "violent antifa anarchists inspired," according to an internal memo.

Murphy argued that the violent protesters weren’t merely taking advantage of a moment but had “overwhelmingly” been linked to radical ideologies “driving individuals toward violence.” That conclusion was undercut by an earlier DHS analysis that found there wasn’t enough information about the Portland protesters for the department to know how they might be connected to anti-fascist or anarchist groups and what precisely was motivating them. Many of the protests in Portland have been peaceful and in response to police violence around the country.