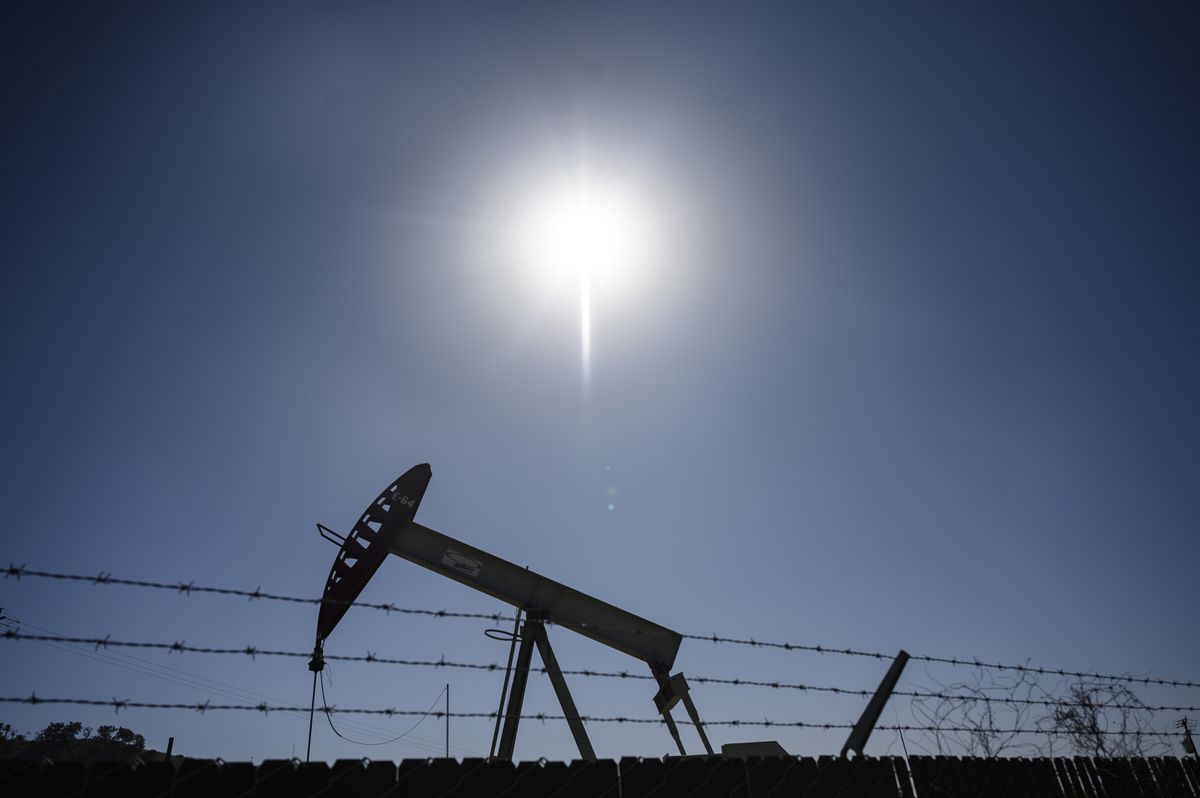 WASHINGTON - President-elect Joe Biden is poised to embed action on climate change across the breadth of the federal government, from the departments of Agriculture to Treasury to State - expanding it beyond environmental agencies to speed up U.S. efforts to mitigate global warming and to acknowledge that the problem touches many aspects of American life.

The far-reaching strategy is aimed at making significant cuts in greenhouse gas emissions even without congressional action, by maximizing executive authority.

“From the very beginning of the campaign, when President-elect Biden rolled out his climate plan, he made it clear he sees this as an all-of-government agenda, domestic, economic, foreign policy,” said Stef Feldman, campaign policy director for Biden, a Democrat. “From the very beginning, when he talked about infrastructure, he talked about making sure that it built in climate change, that we are making our communities more resilient to the effects of climate change.”

The vast majority of scientists agree that carbon dioxide, methane and other greenhouse gases released when humans burn fossil fuels is helping warm the Earth. On the campaign trail, Biden proposed the most aggressive plan of any major party nominee to try to slow that warming.

In a sign of how Biden has already elevated the issue, he discussed the topic with every European head of state with whom he spoke on Tuesday, including the leaders of Britain, France, Germany and Ireland. Biden has started frequently referring to the climate “crisis,” suggesting a heightened level of urgency.

A team of former Obama administration officials and experts have created a 300-page blueprint laying out a holistic approach to climate while avoiding some of the pitfalls that hampered President Barack Obama, who shared some of the same goals but was unable to enact all of them. Dubbed the Climate 21 Project, it took a year and a half to develop and was delivered recently to Biden’s transition team. The document outlines how the incoming administration could restructure aspects of the government to move faster on global warming.

It specifies dozens of changes the new administration could take to reduce greenhouse gases, beyond just reversing the slew of Trump administration policies that have boosted oil and gas drilling and relaxed pollution controls. While Republicans are likely to fight many of Biden’s most ambitious renewable energy investments and could challenge new federal rules in court, the report highlights a range of structural shifts that could move the needle on climate.

The recommendations include creating a White House National Climate Council that is “co-equal” to the Domestic Policy Council and National Economic Council; establish a “carbon bank” under the USDA’s Commodity Credit Corporation that could pay farmers and forest owners to store carbon in their soils and lands; push to electrify cars and trucks through the Transportation Department; and develop a climate policy at the Treasury Department that promotes carbon reductions through tax, budget and regulatory policies.

Tim Profeta, who directs Duke University’s Nicholas Institute for Environmental Policy Solutions and co-chaired the Climate 21 Project, said in an interview that Biden “doesn’t have to wait for congressional action. He can act immediately, across a range of the federal government.”

Former New York mayor Mike Bloomberg published an op-ed Wednesday advocating a similar approach, arguing some of the most important steps the new administration could take “have nothing to do with the Environmental Protection Agency” and involve measures like incorporating climate impacts into the Housing and Urban Development’s building standards and the Securities and Exchange Commission’s disclosure requirements. On the same day two left-leaning groups, the Sunrise Movement and Justice Democrats, called on Biden to create a “White House Office of Climate Mobilization” to coordinate action across the federal government.

In a sign of how government institutions outside the usual environmental agencies are beginning to grapple with climate change, the Federal Reserve’s biannual financial stability report released this week warned, “Climate change adds a layer of economic uncertainty and risk that we have only begun to incorporate into our analysis of financial stability.” Federal Reserve governor Lael Brainard, a leading contender for treasury secretary under a Biden administration, welcomed climate’s inclusion in the report, and Fed Board Chair Jerome H. Powell described it last week as a long-term risk. On Tuesday the Fed requested to join the Network for Greening the Financial System, a global coalition of central banks and bank supervisors working to manage climate risks.

Several former Obama officials noted how the last Democratic administration ended without a complete overhaul of federal policies affecting climate change. Obama made the issue a major focus in his second term, but he did not launch his climate action plan until June 2013, and key departments such as Interior did not finalize their own comprehensive plans before he left office.

Christy Goldfuss, who oversaw many of those efforts as managing director of the White House Council on Environmental Quality and who co-chaired the new report, said Biden is now positioned to institute climate-focused policies across the government since he made it a central issue in his campaign. It will be essential for Biden to quickly fill jobs left vacant under President Trump, rebuild departments and return the leadership of agencies such as the Bureau of Land Management back to D.C., she said.

Changing the way the government buys goods and services could have a ripple effect in the private sector because of the purchasing power of federal agencies, Goldfuss said. Groups like the BlueGreen Alliance, a coalition of labor and environmental groups, have championed policies like California’s Buy Clean law, which requires the state to consider the pollution emitted by manufacturers of glass, steel and other materials when making purchasing decisions.

Feldman declined to comment on the group’s recommendations, but said that the incoming administration has a clear direction regardless of how the government is structured. “Actually, the biggest thing that will ensure we will deliver on the climate agenda is President-Elect Biden’s personal commitment to the issue,” she said.

Several of the experts Biden appointed Tuesday to the teams managing his transition at different agencies and departments - including the Pentagon, Commerce, Justice, Council on Economic Advisers and National Security Agency - have experience with topics ranging from climate risk to environmental justice.

The president-elect’s team plans to move quickly on its climate agenda for several reasons. The federal rulemaking and budgeting process takes time, and the United States needs to show it’s taking action to cut greenhouse gas emissions in order to convince other countries to ratchet up their commitments in advance of next year’s U.N. climate talks in Glasgow, Scotland.

Even if Biden carries out a broad suite of policies aimed at curbing America’s carbon footprint, it may fall short of averting dangerous planetary warming. Roughly 10% of the globe has already warmed 2 degrees Celsius (3.6 degrees Fahrenheit) compared to preindustrial levels. Scientists say when the entire planet has passed that threshold of warming by 2 degrees C, the Earth will suffer irreversible and severe damage. A recent analysis by the Climate Action Tracker shows that if the president-elect’s plan is fully realized it would shave 0.1 degree C off global temperature rise by 2100.

At the moment, the United States is nowhere near cutting its climate pollution by 4.3% a year, which is what the Rhodium Group estimates is required to achieve Biden’s target of net-zero carbon emissions by mid-century. This week the EPA released data showing that greenhouse gas emissions from the power sector declined 8% last year, while emissions from oil and gas facilities increased by nearly 7%, and emissions from nearly every other industrial sector was flat.

University of Chicago economist Michael Greenstone, who served as chief economist for the Council of Economic Advisers under Obama, said plans like the ones outlined in the new report make sense, but in the end, “the planet only cares about greenhouse gas emissions. So, the acid tests will be whether there are meaningful emissions reductions in the United States, and whether those reductions leverage reductions in other countries.”

Georgia Institute of Technology atmospheric science professor Kim Cobb said that many corporate players, frustrated by the sort of policy whiplash they experienced when Obama was succeeded by Trump, might accept more stringent pollution controls if it means greater business certainty.

Trump’s move to weaken Obama-era tailpipe emissions standards has split the nation’s automakers, for example, because California and more than a dozen other states representing roughly 40% of the U.S. car market prefer the tougher stringent standards. A handful of companies, including Ford Motor and Honda, have sided with California, while General Motors, Toyota and Fiat Chrysler have backed the administration. With a Democrat in charge, automakers might try to strike a compromise so there is consistency across the U.S. market.

Conservatives will do their best to convince industry to resist such deals. In an interview shortly after the election, West Virginia Attorney General Patrick Morrisey, R, said he still envisioned a scenario where Trump could get enough electoral college votes to win a second term, though that outcome is not mathematically feasible. But Morrisey and other attorneys general had challenged the Obama administration’s authority to regulate greenhouse gases, and they are prepared to launch similar lawsuits again.

Morrisey bemoaned the fact that some industries, like the power sector, accepted the idea that they had to curb their carbon emissions even as some of the Obama administration rules were being litigated. He said that if Biden took action he and other attorneys general considered unjustified, “Everyone is going to know at the outset that this is going to be unlawful.”

Former Obama officials are keenly aware of the pitfalls of a go-it-alone approach. Ernest Moniz, Obama’s former energy secretary, said legislation passed with support from both parties tends to be the best way to make durable change - and that it is still worth trying.

“My view of reality is that it’s very, very hard to get major systemic change in this country without some considerable degree of bipartisan support,” Moniz said.