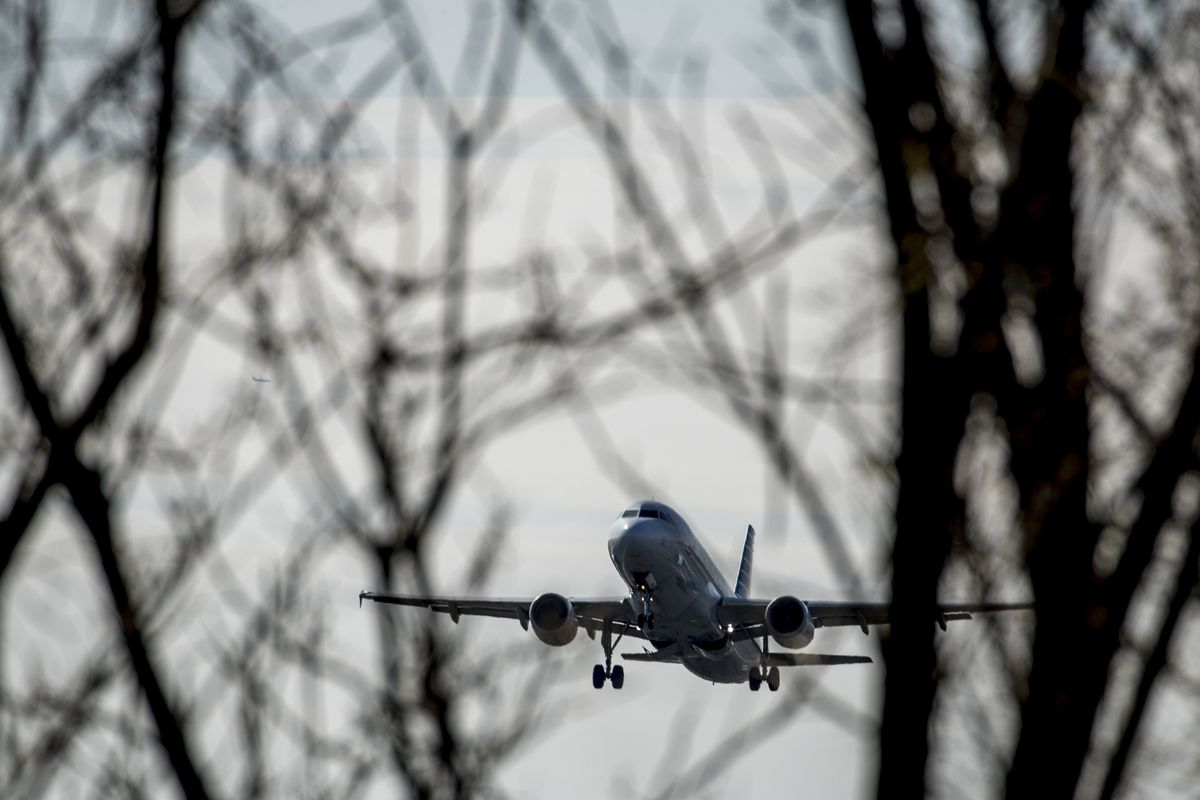 Ahead of next week’s inauguration of President Joe Biden next week and potential protests at state capitols by pro-Trump groups, the Federal Aviation Administration said Wednesday that it will increase enforcement of rules against “unruly airline passengers in wake of recent troubling incidents.”

“The FAA has seen a disturbing increase in incidents where airline passengers have disrupted flights with threatening or violent behavior,” FAA Administrator Steve Dickson said in a statement. “These incidents have stemmed both from passengers’ refusal to wear masks and from recent violence at the U.S. Capitol.”

Airlines and pilot and flight attendant groups say they have seen a rash of bad behavior following the invasion of the U.S. Capitol by supporters of President Donald Trump last week, particularly on planes returning from Washington, D.C.

The “stricter enforcement” still carries the same fines up to $35,000 and threat of imprisonment, but the FAA said they will “not address these cases with warnings or counseling. The agency will pursue legal enforcement action against any passenger who assaults, threatens, intimidates or interferes with airline crew members.”

Association of Professional Flight Attendants spokesman Paul Hartshorn said in recent weeks following November’s presidential election, a growing number of passengers are refusing to wear masks once aboard and that last week there were several disturbances involving passengers returning from protests that led to the storming of the Capitol building.

After the mob violence on Capitol Hill, which included North Texans, crews on planes returning from the D.C. area had to calm unruly and emboldened passengers.

Planes are usually tranquil environments with occasional disturbances from one or two unhappy passengers, said Dennis Tajer, spokesman for the Allied Pilots Association that represents pilots at American Airlines.

“You don’t have to be an airline crew member to know that the airplane is suddenly being viewed as a place to rally and voice an opinion,” Tajer said. “At 35,000 feet, there is no room for opinions about movies or politics. It’s about keeping our passengers safe.”

Social media accounts captured an American Airlines pilot threatening to land a plane in Kansas after pro-Trump chants broke out on a flight between D.C. and Phoenix last week.

Alaska Airlines banned 16 passengers from flying after a number of passengers on a Seattle-bound flight from Washington Dulles Airport were “non-mask compliant, rowdy, argumentative and harassed our crew members,” said a spokesperson for the Seattle-based carrier.

“We will not tolerate any disturbance on board our aircraft or at any of the airports we serve,” Alaska said in a statement.

Hartshorn said flight attendants have become the de-facto enforcers of airline mask policies. Most airline crew member unions have been pleading with aviation regulators to adopt a federal mask mandate without success.

“A federal mandate makes a difference,” Tajer said. “It will get the attention of passengers where a company policy won’t.”

Tajer said pilots and flight attendants are trained to handle tense situations and have done so appropriately.

Meanwhile, a number of lawmakers and others are calling on federal law enforcement to put those guilty of last week’s Capitol invasion on a no-fly list.

“There isn’t a big difference between what happened last week and terrorism,” said Bryan Del Monte, an airline industry analyst with The Aviation Agency in Minnesota and a former security analyst during the George W. Bush Administration. “The purpose of the no-fly list is to restrict the freedom of movement and make it harder for bad people to accomplish their goals.”