Alaska needs to take the lead on gas line project 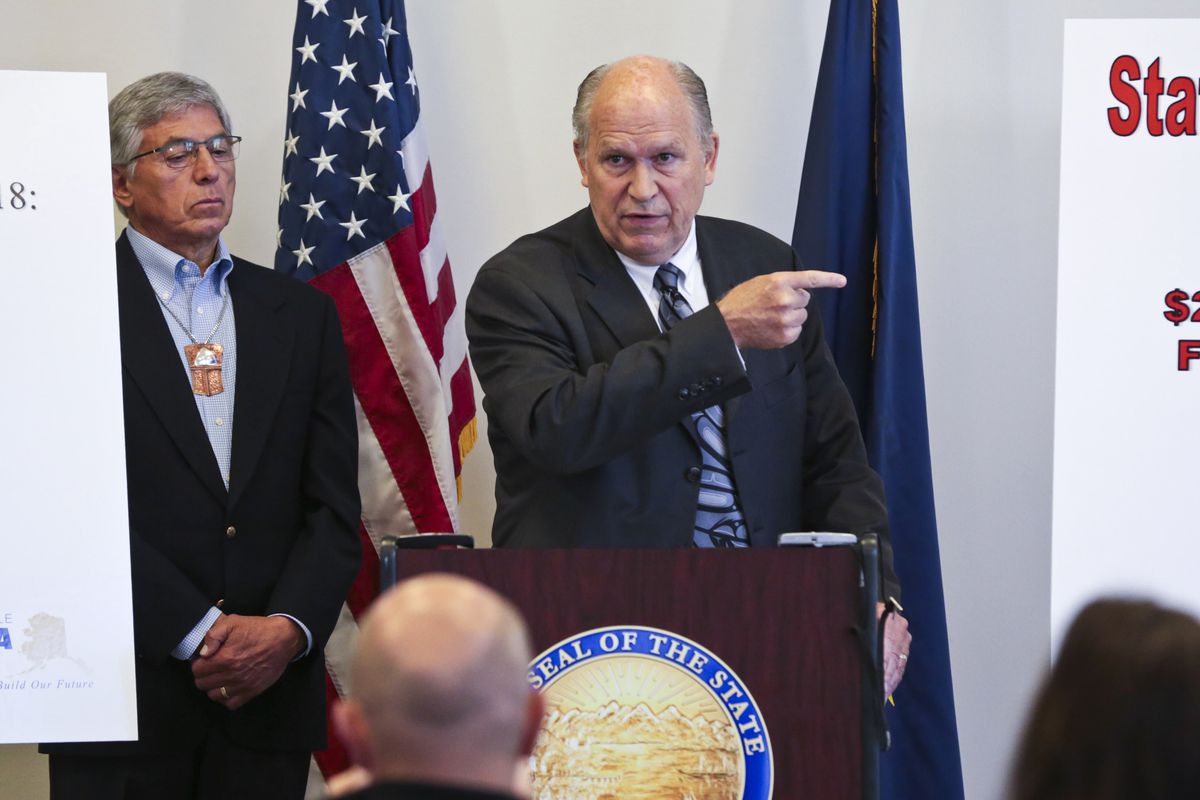 In the final stages of the trans-Alaska oil pipeline, many quit their jobs prior to the completion of TAPS because they wanted to be first in line to work on the gas line. Alaska expected construction to begin that quickly.

But that was nearly 40 years ago. Efforts to monetize the billions of dollars of stranded North Slope gas, such as the projects advanced by the Yukon Pacific Corp. and the Alaska Gasline Port Authority did not materialize, primarily due to lack of access to gas. For the first time, Alaska now has assurances by the Slope leaseholders that the gas line project will have access to Slope gas.

World-renowned energy analyst Wood Mackenzie recently evaluated the economic viability of the current structure of the AKLNG project and concluded the existing model of multiple producers owning and financing the project will not work.

The producers agreed but testified before the Joint Resources Committee that the project itself is not dead. In BP-Alaska's testimony, for example, the company equated the significance of the project to its portfolio to 1 billion barrels of oil, a project they urged should continue to go forward.

Missing from media coverage of the report are the significant opportunities Wood Mackenzie outlined for economic improvements that can only be achieved if the state steps up to lead the project. Under a state-led project, the producers may still play a role in designing, building and operating a project. A state-led project would closely resemble a producer-led project. The state would hire the same companies the producers would for an energy project of this scale.

The announcement that the producers would still support the project but as shippers or sellers of gas—stepping back as controlling entities of this endeavor—means for the first time in our history, the destiny of the gas line is now in the hands of Alaskans. Here's why this is a very exciting opportunity:

Each producer has other natural gas opportunities around the world that compete for its limited pool of capital. These companies have fiduciary obligations to their shareholders that require them to invest in projects that can provide the highest possible rates of return or in projects where there is the greatest risk of losing control of the gas resources.

So, while an Alaskan project may very well be profitable and economic, it may not be just as profitable as the producers' other options. And the risk is just not as high for losing control of the gas.

Under state leadership, project decisions can now be based on objective economics and the state's fiduciary obligation, and in fact it is constitutionally mandated, to do what is in the best interest of Alaskans. Advantages of a state-led project include more traditional methods of project financing, third-party investors who do not have competing projects; potential state and federal tax advantages; and the ability to negotiate long-term gas contracts, sovereign to sovereign, in the world market.

Low-cost financing will make a significant difference in the economics of this project. The financing will be typical energy project financing and have nothing to do with the Permanent Fund. It will come from third-party lenders and repaid solely from project revenue. Other advantages of the Alaska LNG project include huge proven reserves; a strategic location; an exemplary reputation for honoring long-term contracts out of Nikiski; and long-term political stability.

Global supply of natural gas has grown rapidly in recent years and is anticipated to outstrip demand in the near term. However, most respected industry analysts forecast a new demand window opening in the mid-2020s.

An Alaska-led project structured to meet this next demand window, using the advantages a state-led project can offer, provides a unique opportunity that won't present itself again until the late 2030s. To now shelve the $500 million-plus, and the years, invested by the state and producers in engineering and permitting work and restart from scratch the process some years down the road would be foolhardy.

We need to capitalize on that investment and the excellent work product that resulted and take the final step to reach out to the market to explore interest in Alaska gas. Strong market interest was expressed in the 2012 AGIA open season to tidewater and in the years since. We have every reason to believe it still exists.

An uneconomic project could never be financed, so there is little risk in continuing to evaluate market interest in the Alaska project. However, the risk to Alaska's future if the billions of dollars' worth of stranded Slope gas resources are not monetized is foreboding.

A gas line means low-cost energy for our homes and businesses, which will generate more investment in our state. It means thousands of construction and permanent jobs. It means billions of dollars in revenue to provide essential government services and infrastructure.

The late Gov. Wally Hickel in the late 1960s told lease-holders who refused to drill exploratory wells in Prudhoe Bay: "You drill or we will!"  They drilled, and Prudhoe Bay was discovered.

It is time once again for Alaska to act as the sovereign we are. As other sovereigns around the world control their own economic destinies by taking gas resources to the world markets, we must not put Alaska's future on pause to allow competing LNG projects to move their gas to the Asian markets. We have the opportunity to work collaboratively with the producers in a different role to finally monetize this incredible opportunity for Alaska.

Monetizing Alaska's vast stranded gas via this project is our most significant and immediate financial get-well card; one that could bring generations of benefits to Alaskans.

Bill Walker has served as governor of Alaska since 2014.