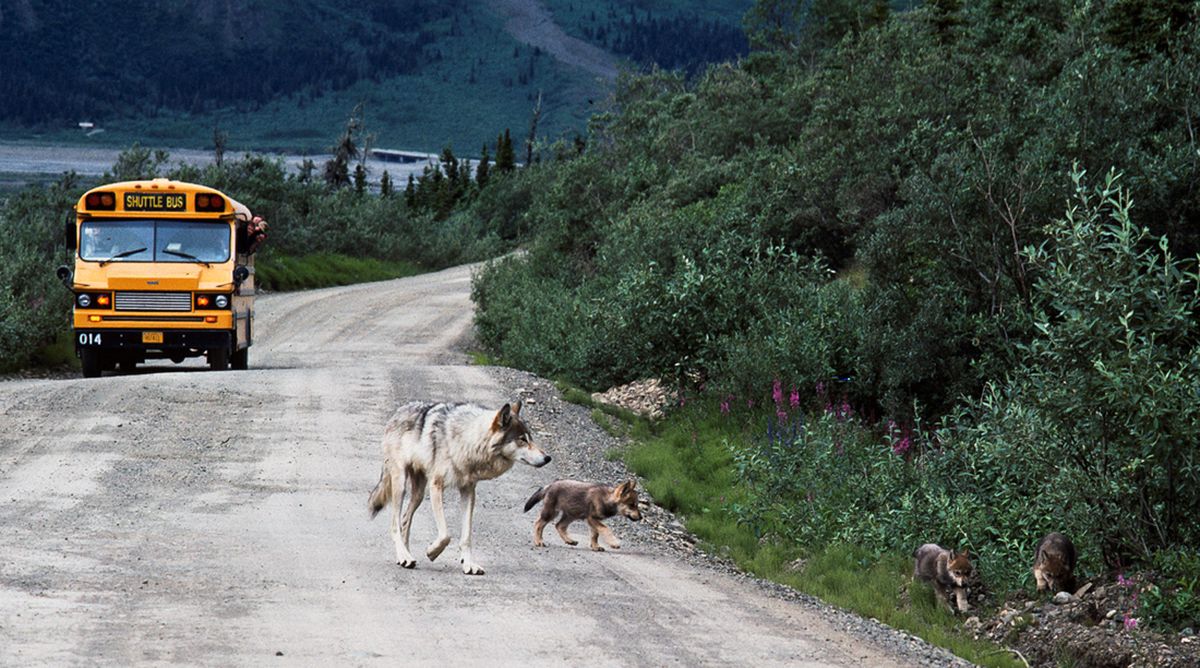 As we struggle toward a sustainable, long-term balanced budget plan, everybody knows this is an urgent and critical part of salvaging our depressed economy and saving the integrity of our oil-based Permanent Fund. At the same time, we also know we need to build our sustainable economy to help reverse the current job loss and deepening recession.

"Building a sustainable economy" sounds like spending a lot of money. Fortunately, there is an opportunity to help do just that that won't cost a dollar and will help protect what could be termed "our other permanent fund" – our extraordinary fish, wildlife, wild lands and waters.

Jay Hammond advised me, after I was first elected governor, that however I thought I would spend my time didn't matter, because fish and game would be 75 percent of what Alaskans wanted to talk about and deal with. Between subsistence, bycatch, Alaskanizing groundfish fisheries, Canadian mines and treaties and their hijacking a ferry over fishing disputes (to list a few), it seemed at times that his 75 percent was an understatement.

However, as we both knew, fishing and hunting and the wild habitat that creates and nourishes them are essential to Alaskans in the many ways that it defines our lives and why we love this land. Those values are priceless, and their actual economics are impressive. The fishing and tourism industries create annually almost $12 billion in total economic spending, and 95,000 jobs. Both are long-term sustainable and growing industries.

The sustainable resources — fish, wildlife and the wild lands and waters — that create these industries and their economic benefit to Alaska depend upon the same fundamental concept that governs our oil-based Permanent Fund — protect the principal to assure future earnings. The Permanent Fund constitutionally protects the principal. Similarly, we must adopt policies that protect our fish, wildlife and wild lands and waters – the "principal" of our visitor and fishing industries.

Current sustainable earnings from the oil Permanent Fund are about $3.2 billion annually, which, if spent on dividends and balancing the budget, would create an annual economic impact of about $4.8 billion. By contrast, the fishing and visitor industries generate a sustainable economic impact of almost $12 billion annually. Thus, it's fair to say the resources of the visitor and fishing industries are indeed our other – and much larger – permanent fund.

Many urgent, tough policy decisions need to be made to protect the principal of our fish and wildlife permanent fund. For example, water quality regulations and salmon watershed protection cry out for new tough, strict laws and regulations. This is especially important since the federal EPA will apparently have little involvement in this issue under the current administration. As well, the Department of Fish and Game and the Board of Game need to recognize and enhance the significant economic importance of watchable wildlife.

On that point, let's begin with an easy, no-cost first success by protecting the resource value of tourism in Denali National Park. Here, the state should ensure that the wildlife population of Denali National Park is protected along the park boundary to sustain and enhance the valuable wildlife viewing economy of the park.

[Alaska game board shoots down bid for Denali wolf buffer]

To achieve this, the governor should immediately direct the Department of Natural Resources to conduct a thorough public process to hear from all Alaskans. If the results are favorable, then he should administratively create a Denali Conservation Management Area on state-managed lands along the northeast corner of the park that would prohibit the hunting and trapping of wolves, bears and other park predator species. It would continue to allow the hunting of moose, caribou and small game.

This proposal has received a great amount of study and support from scientists, economists, tourists, independent academics, national park managers, thousands of Alaskans, local organizations, the Fairbanks North Star Borough Assembly and a recent bill passed by the Alaska House. They all come to the same conclusion — the taking of wildlife in this area has seriously eroded our valuable wildlife viewing resource within Denali National Park and it is time to fix this problem.

Here's why this matters. Denali National Park attracts more than 600,000 visitors a year, which is almost 30 percent of the 2 million-plus out-of-state tourists who visit Alaska each year. These 600,000 visitors — including the 70,000 Alaska visitors each year — spend $567 million per year, generate 7,700 jobs and support hundreds of Alaska businesses related to the park.

And how important is wildlife viewing to these visitors? Numerous studies have shown that seeing wildlife in Denali is a primary objective of these visitors, and observing wolves and bears in the wild is the No. 1 priority for a satisfying visitor experience.

How do we know this state land next to Denali would make a difference in wildlife viewing in the park? A good example is the decline in wolf-viewing success.

Wolves in the eastern region of Denali National Park used to provide one of the best opportunities in the world to see wolves as visitors traveled the park road. Long-term research by the National Park Service confirms that the three eastern Denali wolf groups shifted their seasonal habitat use in the winter and spring to state lands outside the park boundary, at the park's northeast corner. When a small, no-kill buffer on those state lands was in place from 2000 until 2010, the probability of a visitor seeing a wolf in the park was about 45 percent. After the buffer was removed in 2010, the probability has now shrunk to 5 percent.

Grizzly bear research has just begun, but it is clear that Denali bears cross the park boundary as well (where they then can be legally baited and killed).  Also, other Denali predators, such as lynx and wolverine, which are also transitory, may rarely be seen, but the possibility of seeing them in the park is a high-value visitor attraction.

The average yearly take of predators in the proposed closed area, according to the Alaska Department of Fish and Game, is currently 14 to 17 wolves, four grizzly bears, six wolverines, one black bear and seven to 23 lynx.

At the end of the day, a live wolf (and bear and other predators) in Denali National Park is, economically and aesthetically, worth much more to thousands of visitors than is a dead one, to anyone.

It's time we recognize that the protection of our fish and wildlife and their natural habitat constitutes the "principal" of our second, sustainable permanent fund, which has paid dividends long before the current one was created and will continue to do so if we manage and sustain it wisely. The state creating a Denali Conservation Management Area would be an excellent no-cost step in the right direction. It's long overdue.