How long will Alaska remain a destination? How long can it be a home? 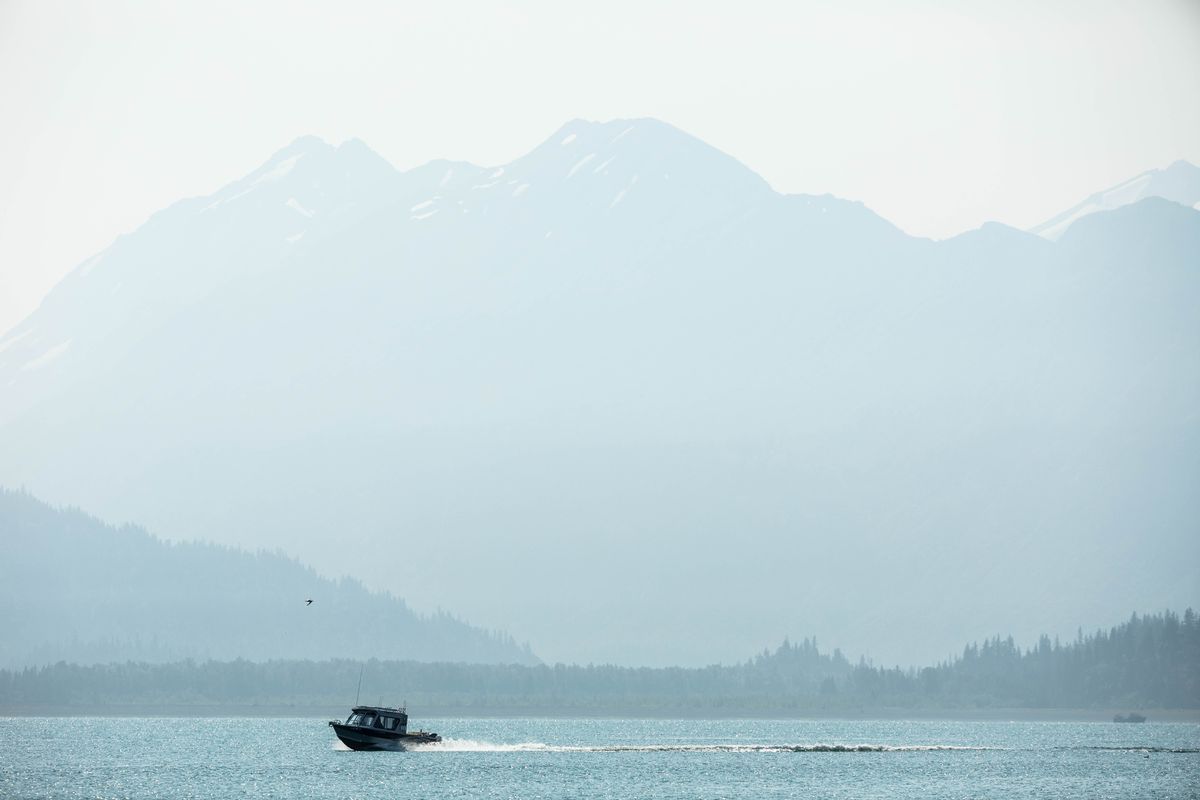 There were blue skies and mountain views in Alaska two weeks ago, but you had to go to Tok to see them. I know because I drove from smoky Haines to hazy Anchorage, and the gas station of a town that bills itself as “Alaska’s Main Street” offered the only respite from the gray veil that descended on us.

When Tok becomes our showcase, we’re in trouble — as apparently we are. While the bifurcated Alaska Legislature – can we still refer to this group with a single, collective title? – was doing its things in Wasilla and Juneau, I re-entered the state on a road officially nicknamed the “Purple Heart Trail.”

The moniker is intended to honor Alaska’s veterans, but the condition of the road deserves its own medal – wounded as it is by wear, weather and deferred maintenance. The name also works because a war veteran driving it might be reminded of ragged or shell-pocked roads in distant, hostile lands.

As the temperature climbed, I arrived in Tok looking for a swimming hole. An old-timer selling knick-knacks out of a van directed me to Moon Lake, a short ride toward Fairbanks.

The lake is a state park, and as pleasing a roadside campground as you’ll find in Alaska, with a sandy beach lake, clean privies, even loaner lifejackets for children. I swam and paddled my canoe around its crescent shape, charmed enough by its setting to spend the night.

But the park’s choicest campsites – ones on the lakeshore – were literally underwater. A big meltoff or something else had flooded the lake, and two picnic tables and fire rings sat in ankle-deep water. An hour or two of grunt work by a park worker could have salvaged the sites, but none apparently were around.

The next morning, the road to Anchorage went to hell about 30 miles west of Tok. A half-dozen or more sections were marked with signs reading “Rough Road,” a public relations euphemism for ones that should have said, “Gaping Potholes Ahead” and “Deep Dips Will Launch Your Car Airborne.”

There were as many sections marked only with traffic cones at the road shoulder, which every Alaskan recognizes as sign language for “Slow Down or Die.”

On this same stretch, a bald eagle descended to a position just ahead of me, maybe 10 feet above my pickup’s hood. In Haines, I’ve witnessed the same behavior, something that appears akin to when dolphins approach ships at sea to play in the slipstream of their bows.

To cruise along just below an eagle is breathtaking, but I kept my eyes closely on the road, as the experience wasn’t worth a blown tire or axle.

After passing Gakona Lodge, I thought better of it, and turned around a mile or so later to go back for breakfast, in part to support that most picturesque and resilient roadhouse. My turnaround spot was on a high bluff, a scenic pullout that provides a magnificent vista of the broad Gakona River churning through a wild landscape.

But the lone picnic table that the state Department of Transportation perched on the bluff is half rotted away, and an adjacent interpretive kiosk is missing from its broken base. Tall weeds have overtaken the site.

That’s how a bit of Alaska might have looked last week to a visitor, a visitor that we advertise ourselves to, a visitor who came looking for inspiring peaks but found mostly smoke and haze.

Not to worry too much. The skies eventually will clear. Rain will douse the fires. Until the mountains fall down and the salmon streams dry up, Alaska will survive in spite of us, as a summer visitor destination if nothing else. Bad roads and neglected facilities won’t turn back everyone who wants to see this place.

But what can be said of a state as magnificent and wealthy as Alaska failing at even minimal efforts to welcome visitors? And as important services and programs are cut or eliminated, how long will Alaska remain a home, a place where people invest their lives and fortunes on the good faith that their neighbors are willing to make a comparable stake?

Those are questions that legislators in Juneau this week might want to ask themselves. Or they could just drive around the state a bit and experience for themselves what short-sighted decisions are doing to Alaska.

Tom Morphet is a longtime Alaska news reporter and former publisher of the Chilkat Valley News in Haines. He lives in Haines.