Can residents and the municipality reach common ground on illegal camps and homelessness? 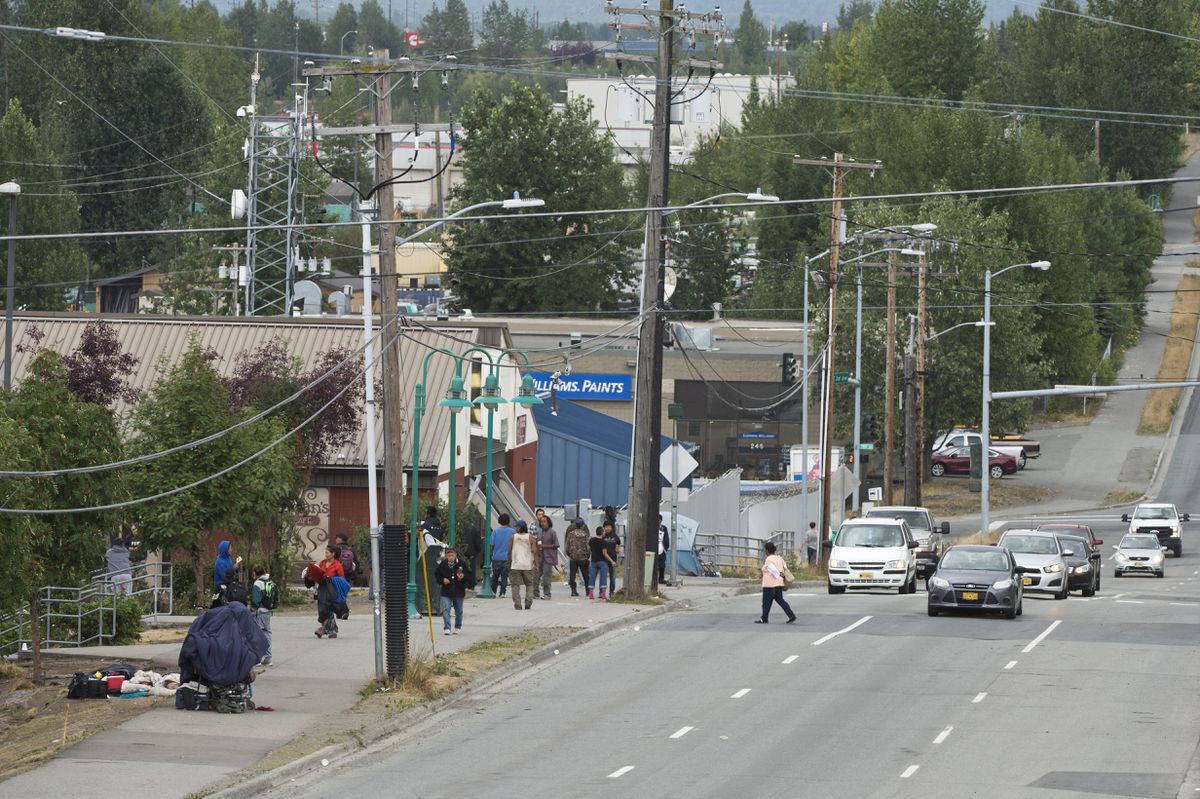 Third Avenue draws pedestrians and campers in the area of the Brother Francis Shelter and Bean's Cafe, on July 26, 2019. (Marc Lester / ADN)

Third Avenue draws pedestrians and campers in the area of the Brother Francis Shelter and Bean's Cafe, on July 26, 2019. (Marc Lester / ADN)

A fundamental disconnect between Anchorage residents and municipal leaders prevents effective action to address homelessness and the proliferation of illegal camps.

Residents see illegal camps as enormous public health and safety risks to campers and the community. Our daily experience demonstrates that illegal campers are not a homogenous population of the disadvantaged without alternatives. We know a considerable number choose camping as a lifestyle for various reasons, some that put us all at risk.

Residents see illegal camping as solvable and distinct from the broader issue of “homelessness.” We plead for our city to do its most fundamental job — protect all its citizens by effectively enforcing laws to prevent and eliminate public health and safety risks. To us, it’s clear local government lacks the skills, resources and mandate to “end homelessness.” But we do believe it can better protect all its citizens.

Local government leaders, on the other hand, view illegal camps as merely symptoms of “homelessness.” Campers camp only because of disability, disadvantage and poverty. Camps will disappear as a secondary benefit of “permanently” housing the “homeless.” Until then, we must accept the threats camps pose because our leaders are constrained by court decisions and lack of resources. The city focuses resources on the long-term solution and only sparingly uses authority and resources to intermittently move, not remove, campers and picks up the tons of waste they leave behind.

This fundamental disconnect is reflected in every public discussion of these issues. It prevents development of consensus on effective action and it undermines citizens’ trust that government is responsive to our concerns and priorities. It was a key factor undermining citizen support for the recently failed alcohol tax proposal.

One element of discord is the practical application of court decisions relating to homelessness. Our municipal leaders act as though these decisions bind their hands and prevent any real enforcement of prohibitions against illegal camping and public nuisances.

Court decisions only protect involuntarily homeless people from being charged with a crime for failing to leave a public space unless there is indoor shelter available for them. They also protect property rights when they are removed. No law grants the right to occupy and defile public land. No law or court sanctions the semi-permanent “homesteads” or “communities” of illegal camps erected for the convenience of those who want to live in public parks.

The administration’s failure to determine who is actually in the camps and why enables it to perpetuate its unsubstantiated claims about the demographics and motivations of campers. This, combined with the failure to develop shelter capacity, has assured enforcement efforts are ineffective because “there is no place for them to go.”

Lack of consensus and ineffective action has led to a new distraction — “sanctioned” camps. A new and insidious phenomenon has been playing out in our local parks since July. An “organized” camp began on the Park Strip, ostensibly as a protest against Gov. Mike Dunleavy’s vetoes.

This is not an organic movement of the “homeless” nor a “homeless” camp. Its organizers do not want indoor shelter and a pathway to permanent indoor living. They want the city to surrender parkland to them so they can set up permanent “self-governing community(ies).” They want to live conveniently and more comfortably on public land, by their own rules, unbothered by police. They want special rights and protections based on their chosen “houseless” status.

The city has been playing whack-a-mole with this “protest” camp as it does with all camps. We have spent tens of thousands of dollars chasing, abating and cleaning up after this group that conceals its agenda under the banner of “homelessness” while it holds our parks hostage. The city has dealt with them using the same hapless enforcement practices it applies to all illegal camps with the same predictable result.

This group has succeeded in capturing the focus of some Assembly members and has now diverted attention from the fundamental requirements for both helping the homeless and ending illegal camping.

In a recent interview, Assembly Chair Felix Rivera said that the municipality is poorly using municipal resources by repeatedly abating the illegal camps. He is concerned that “we have a huge issue in our city that we need to deal with,” and that “we have a short amount of time to deal with it before the winter hits.”

What does he propose? That “the committee on homelessness soon will be referring the idea of organized camps to some of our commissions to explore how we can get an organized camp that’s blessed and endorsed by the municipality.”

Mr. Rivera asks how, not whether, we should bless the organized camp. So begins the process of negotiating surrender of our parks because organized campers are visible, vocal and persistent, and have successfully held our parks hostage.

In fairness to Mr. Rivera, the concept of a “sanctioned camp” has been tossed around in our community for a couple of years. It may be time to look at whether this should either be factored in or ruled out of the homeless continuum.

This is not a job for hasty action by unstaffed commission volunteers before the snow flies. It should be a careful process undertaken by those most knowledgeable about both our homeless population and the most effective ways to move them upstream toward housing. The specific purpose, goals, desired outcomes, legal authorities, costs and fundamental logistical questions must be analyzed before municipal sanction or land is given.

But we must be clear-eyed that a “sanctioned camp” does nothing to “end homelessness” or camping in our parks. It merely makes camping comfortable, convenient and legal for a small, self-selected group. It does not substitute for indoor shelter and does nothing to improve our ability to protect the vulnerable or enforce our laws.

Well before we consider a camp for the voluntarily houseless, the city must definitively address the immediate and fundamental need of all those who are homeless: indoor shelter. This is not only the most basic need but is also an essential legal requirement for camp abatement. A “sanctioned” camp is not a substitute for that requirement. The law does not allow herding involuntarily homeless people to an outdoor camp where resident campers will determine if they will be admitted.

There is no excuse for any person in this city to be forced to live outdoors. The law only tolerates it when no indoor sleep alternatives are available. The city must find out how many shelter beds are needed to humanely abate camps. And we should have them.

It is unclear what the city’s $400,000 is accomplishing. There should be sufficient funds for more shelter alternatives than before. This should be resolved, and more shelter beds developed - long before we discuss allocating public land for the voluntarily homeless.

Residents and municipal leaders must begin to work off the same page. City government must govern and leave ‘solving homelessness’ to the coalition of providers who are competent and funded to do that work. The city must find out who wants shelter and who does not to learn how many shelter beds are actually needed and secure them. The city must focus on securing sufficient clean and safe indoor space to shelter those who camp because they have no alternative and enforce illegal camping against those who camp because they prefer it. We should focus our time and resources on those priorities.

“Sanctioned” camps should not get to jump ahead in the chow line. People who want to live outdoors should do so, but not on public land.

Russ Webb is a former Deputy Commissioner of Health and Social Services.