Net neutrality is vital – but so is rural broadband 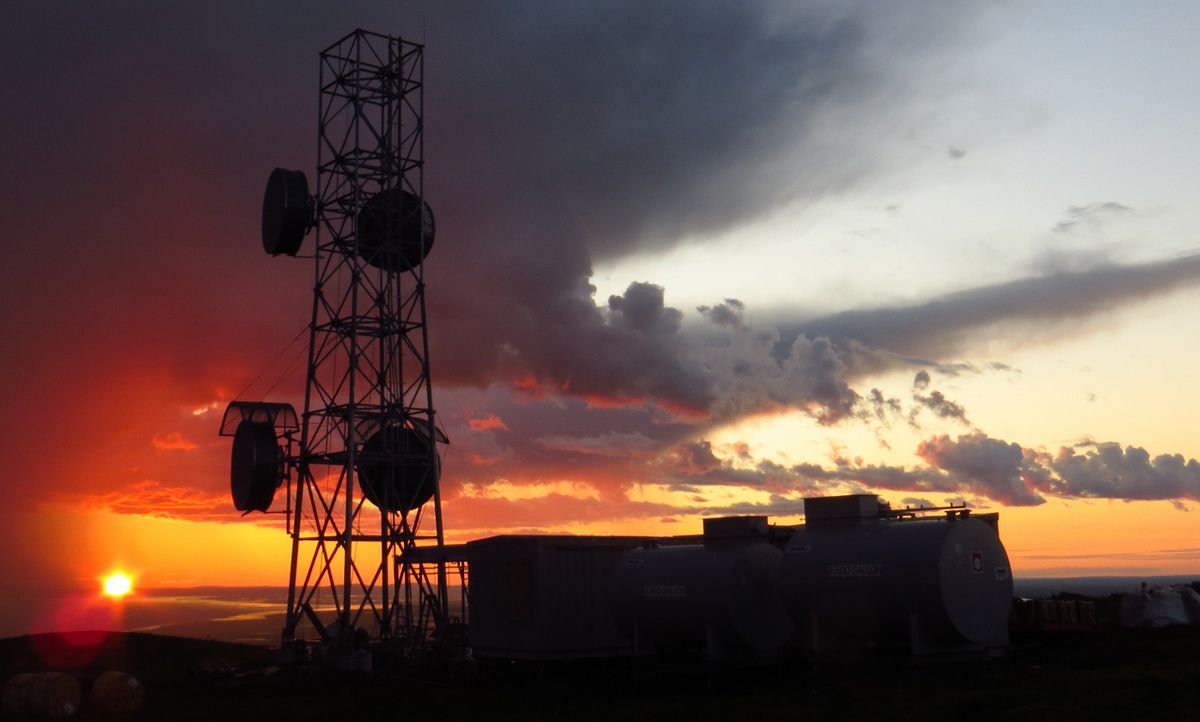 The sun sets behind a microwave broadband tower, part of GCI’s TERRA network that provides internet to 40,000 people in rural Alaska. (GCI photo)

The sun sets behind a microwave broadband tower, part of GCI’s TERRA network that provides internet to 40,000 people in rural Alaska. (GCI photo)

No one doubts that net neutrality policies to keep the internet open and free for all users is vital. No internet provider or tech company should be allowed to block websites, censor or discriminate against viewpoints, manipulate cyberspace to shut out competition or otherwise interfere with our online experience.

Most fundamentally, net neutrality policies must also accelerate the deployment and build out of new high speed networks to rural areas. A neutral internet doesn't mean much if you don't have network access in the first place and almost 40 percent of rural Americans still lack high-speed broadband.

This is a key issue often overlooked in the debate. Policies that slow down the national effort to connect rural areas actually set net neutrality back. That may not be obvious in connected meccas like Silicon Valley or Washington DC, but it's painfully true on the ground in places like McGregor, Minnesota or Duckwater, Nevada, where access is spotty and incomplete.

And this is how the current debate in Congress over competing proposals on net neutrality so frequently misses the point.

The urban tech and activist community has largely lined up behind a quick-fix proposal using a procedural shortcut called the "Congressional Review Act". This CRA approach has some benefits – it bypasses many Senate rules and can guarantee an early vote on net neutrality. And it puts in place strong FCC open internet regulations on no blocking, throttling or discriminating online.

But for rural America, the CRA approach unfortunately contains a massive poison pill. It not only establishes net neutrality, but it also imposes a whole separate set of invasive economic regulations for broadband called "Title II" that will drive away investment needed to bring high-speed networks to our communities.

Title II has been tried before, and the results have been a disaster for broadband buildout. One study found it to drive down network investment by roughly $35 billion a year. Another pegged the loss at as much as 5.5 percent.

Perhaps if this was the necessary price of enacting net neutrality it would be worth it – although even then, I would question the unfairness of asking rural Americans to once again stand at the back of the line and sacrifice for the broader good.

But the CRA is not at all the only way to protect net neutrality. In fact, Congress can actually pass stronger, even more lasting and comprehensive net neutrality protections if it skips the CRA approach entirely.

Instead of using the CRA shortcut, Congress simply needs to follow regular order, do its job, and pass real net neutrality legislation. One that keeps the internet open and free, stops all internet companies from manipulating, prioritizing, or discriminating online, and ensures transparency and open competition in cyberspace. While avoiding the damage to investment and rural build out that the CRA would inflict.

This should not be difficult. There is broad bipartisan support for the principles of net neutrality and over three quarters of Americans support the idea. Many Democrats and Republicans in Congress have already announced their support for legislation. And the industries that would be affected have pledged to support a bill and say they are willing to accept new regulation in exchange for certainty and predictability.

A true net neutrality bill (as opposed to the shortcut CRA) would have other benefits. It makes net neutrality permanent and ensures that a future Administration could not turn its back on these protections. The CRA approach by contrast leaves the issue at the FCC where it can be changed anytime the political winds shift.

Legislation also guarantees more comprehensive protection – reaching not just internet providers, but also the big social media and tech monopolies who shape so much of what we see and access online.

These companies earn billions serving us advertisements and mining our data, but they have no transparency at all on how they manipulate and profile our digital lives or determine what we websites and information we have access to online. The CRA approach cannot bring evenhanded regulation to the entire internet ecosystem, but a real Congressional law can.

For net neutrality to be meaningful, it must reach all Americans. That means skipping the incomplete and anti-rural CRA approach and getting down to the hard, gritty but necessary work of Congress actually enacting a meaningful law.

Niel Ritchie is CEO of Main Street Project and director of the League of Rural Voters.