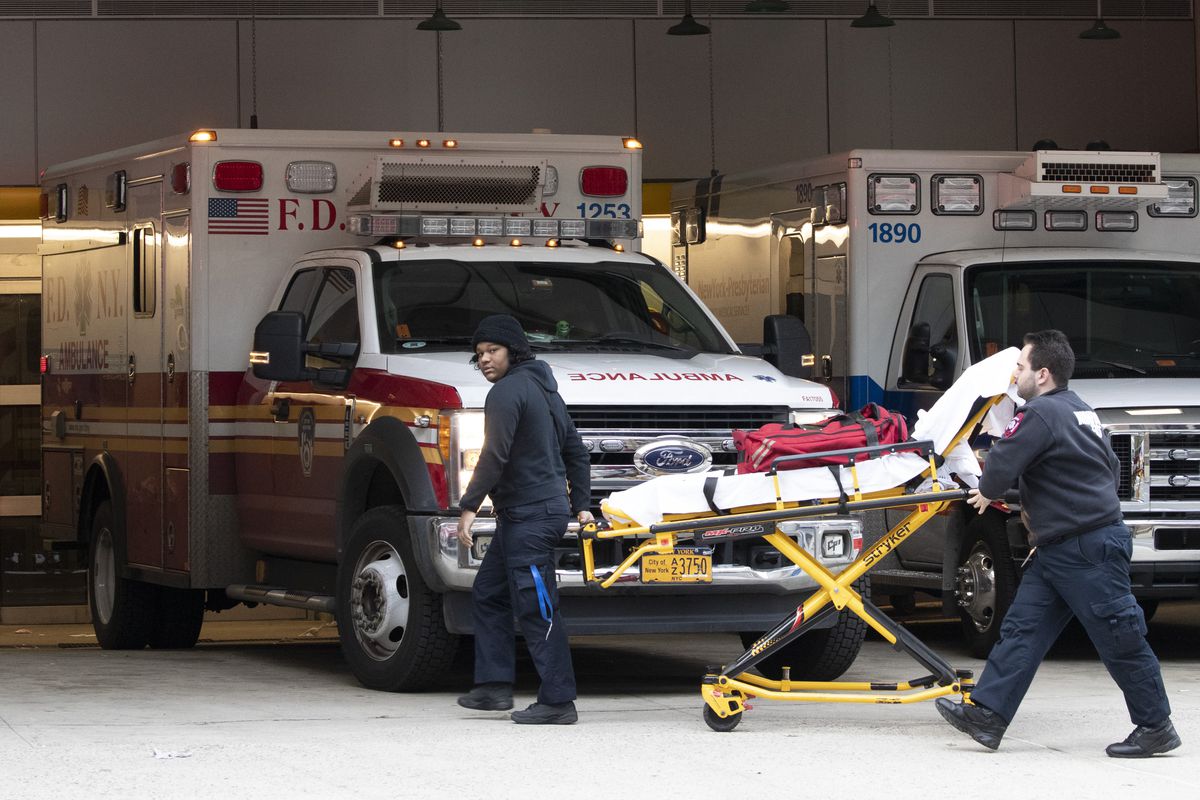 Brian Zink is a professor of emergency medicine at the University of Michigan and the author of “Anyone, Anything, Anytime: A History of Emergency Medicine.”

Americans take it for granted that high-quality emergency care is always there whenever they need it. But the coronavirus outbreak shows that ERs are also where public health problems - such as emerging infections, gang violence or the opioid crisis - often first become evident. Numerous misconceptions persist about these key cogs in our health-care system.

But a number of peer-reviewed national studies over the past two decades have shown that uninsured patients do not use ERs more than patients with private health insurance, and they use them far less than those on Medicaid do. One study found that 10 percent of uninsured adults had an ER visit over a one-year time period. For privately insured adults it was 13 percent. Uninsured patients worry about health-care bills and appear to avoid emergency care - or any medical attention at all - until they are desperate. Medicaid recipients use ERs at a higher rate than any other segment of the population: 22 percent per year in the above study. This is mostly because access to primary care for Medicaid patients remains limited in many parts of the United States.

Myth No. 2: It takes forever to get treatment in the ER.

“This problem has persisted for a long time,” said a 2019 Harvard Business Review article about emergency care. And apparently it hasn’t ended with the coronavirus pandemic, even as ER visits decline overall. “Wait times remain stubbornly long in hospital emergency rooms,” one April headline from the Conversation read. It’s true that many large, urban hospitals are chronically at high capacity, which leads to boarding of admitted patients in the ER, which means fewer beds and longer waits.

But emergency care is meant to rapidly attend to the sickest and most injured patients first. When a stroke victim visits an ER, workers must perform a quick assessment, whisk the patient to a brain scan and start intravenous tPA, a clot-busting drug, all within 30 minutes of the patient's arrival. For those with less severe conditions - that is, when the emergency is less dire - it's more common to endure a longer wait.

Still, while the process of triage will always put someone with a dislocated shoulder ahead of someone with nasal congestion, many ERs have adopted the systems-engineering methods of other industries (such as queuing theory from the telecommunications and transportation sectors) to improve patient flow and reduce wait times. The most recent national data, from 2017,found that 40 percent of ER patients are seen by a provider within 15 minutes, and 73 percent are seen within an hour.

Myth No. 3: People who visit the ER risk coronavirus infection.

In March, New York Gov. Andrew Cuomo (D) warned against people walking into emergency rooms because "if you are positive you infect other people. If you're negative, you may get infected." This fear has caused a decline in the number of patients arriving in ERs with serious heart symptoms, which has led to an increase in people suffering heart attacks, strokes and other serious conditions at home. Overall ER visits are down, with emergency department directors from Michigan to Seattle reporting that daily volumes are running just 50 percent of normal.

Some ERs and hospitals have been overrun with patients who are ill with covid-19, with New York City being particularly hard hit. But the great majority of ERs are not full to the brim with covid-19 patients: Even at the peak in April, less than 8 percent of ER visits on a national level were because of confirmed or suspected coronavirus illness. Hospital emergency rooms take robust measures to screen, triage and isolate suspected coronavirus cases; use personal protective equipment; sanitize all surfaces and equipment; and limit visitor access to protect patients and personnel. The low infection risk of a visit to the ER must be weighed against the danger of not seeking emergency care for a serious medical problem or injury.

"To Lower Healthcare Costs, Lower ED Visits," a headline in Managed Healthcare Executive said after a United Health Group study found that two-thirds of emergency room visits by privately insured patients were avoidable. A 2013 article in the Journal of Healthcare Management claimed that emergency treatment of conditions that could be handled in primary-care office settings "is associated with decreased efficiency of and increased costs to the health system."

But in terms of overall U.S. health-care costs, emergency care is a very small piece of the pie. National studies have shown that it accounts for just 5 to 10 percent of overall costs. Even if ER costs were cut by 50 percent, the effect on overall health-care spending - estimated at $3.6 trillion for 2019 - would be minimal. And closing ERs or reducing access to emergency care would imperil the public and lead to increased downstream costs. When conditions like strokes and heart attacks are not treated promptly in the ER, patient outcomes are far worse, and expensive chronic disabilities are more likely to occur.

The costliest decision emergency physicians make is to admit a patient to the hospital, which results in much greater expenses. The best way for ERs to lower overall health-care costs is to find alternatives to hospital admission, and many systems are implementing or studying things like community-based paramedicine and telehealth follow-up visits for ER patients.

Myth No. 5: Emergency rooms are full of gunshot and car-crash victims.

When the National Rifle Association said on Twitter that doctors should "stay in their lane" when it comes to gun violence, former Obama adviser Valerie Jarrett replied that "the medical community clearly knows far better than you about the atrocious ravages of gun violence that they face in emergency rooms every single day." Shows like "ER" popularized the term "GSW" for "gunshot wounds." Meanwhile, CHI St. Luke's Health, a hospital in Texas, listed "motor vehicle accidents" as one common reason someone goes to the emergency room. A 2014 report from the Centers for Disease Control and Prevention noted that "more than 2.5 million people went to the emergency department (ED) . . . because of motor vehicle crash injuries in 2012."

But these victims are not the majority of trauma patients. Improvements in vehicle safety - restraints, air bags and traffic rules - have greatly decreased serious motor vehicle injuries over the past two decades. Gunshot wounds, while dramatic and serious, are a small percentage of overall ER visits (though obviously they are more frequent in places with more violent crime). Falls are now the leading cause of trauma in the United States, accounting for 44 percent of all trauma cases brought to the ER. Motor vehicle crashes account for 26 percent of trauma cases, and firearm injuries 4 percent. As our population has aged but remained mobile, traumatic injuries have become more prevalent. People over 65 are more likely to die from such injuries than younger people. The widespread use of blood thinners in the elderly can make trauma worse, for example, by causing bleeding in the brain. Today it is more common for an emergency physician to see an 80-year-old with a serious head injury from falling down stairs than a car crash victim with multiple wounds.