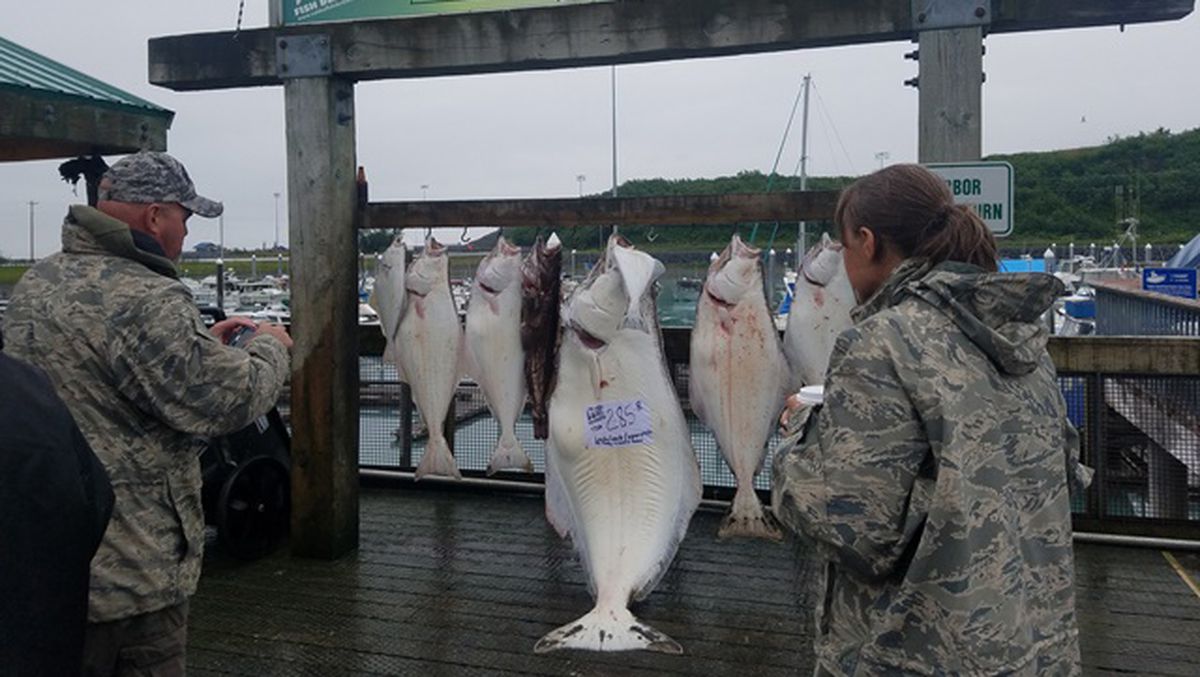 After more than two months of competition in the Homer Jackpot Halibut Derby, 25 halibut have been entered and one of the 115 tagged fish swimming in Kachemak Bay have been caught.

The day before, Joshua Hurst of Lexington, Kentucky, caught a 68.5-inch, 128.2-pound halibut that ranks as summer's third-biggest catch in the Homer derby. Second place belongs to Bevilyn Wright of Dalhart, Texas, who reeled in a 79-inch, 194-pound halibut in mid-July.

Since its May 15 start, the derby has averaged about one entry every three days.

"It's been slow, but we're seeing more and more as we come to the end of July," Debbie Speakman of the Homer Chamber of Commerce said Wednesday.

Last week also yielded the halibut leader in the Valdez fish derbies, where a total of 53 halibut have been entered, ranging in size from 63 pounds to 285.8 pounds.

The 285.8-pounder was caught July 26 by Patricia Johnson of Clovis, California.

But they're part of the draw in Homer, Speakman said.

"That's where the money is," she said.

The Homer derby's $150 prize for a "lefty" halibut — ones with the eyes on its left side instead of its right side — was awarded to Jennifer Comstock of Lapine, Oregon. Only one out of 20,000 halibut are lefties, according to the Alaska Department of Fish and Game.