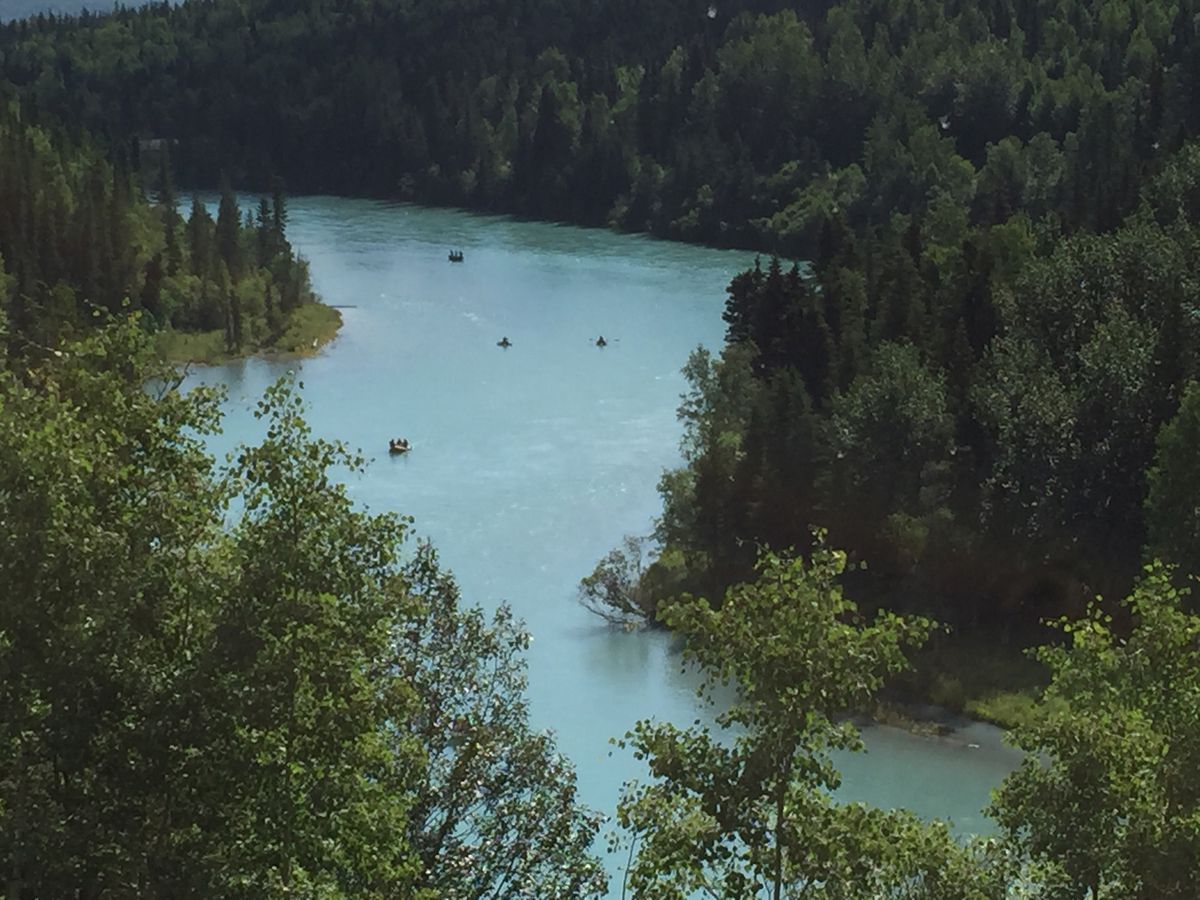 Anglers headed to the Kenai River in search of early-run king salmon this summer can hook the famous fish — but they can’t keep them.

The Alaska Department of Fish and Game, anticipating low returns, Thursday announced restrictions for both the Kenai and Kasilof rivers.

On the Kenai, fishing for kings will be catch-and-release only from May 1 through June 30 from the mouth of the river upstream to the outlet of Skilak Lake. Only unbaited, single-hook fishing will be allowed.

During the same time frame on the Kasilof, the bag-and-possession limit will be a single hatchery king that measures 20 inches or more in length. Use of bait will be prohibited there as well.

Colton Lipka, a Fish and Game biologist in Soldotna, said the restrictions were put in place because of low returns forecast for the Kenai River.

The forecast for this year’s early run is 3,200, he said — which again would fall short of escapement goals.

“We will assess (numbers) in-season and amend our management for weaker or stronger runs than forecast,” Lipka said.

Lipka said there is no forecast for kings on the Kasilof, but management of that fishery corresponds with that of the Kenai. Restrictions were placed on the Kasilof because biologists expect “a ballooning effect of people seeking a fish on the Kasilof since the Kenai is catch-and-release,” he said.

Last year’s weak return resulted in the closure of the entire Kenai River for the last several days of June. Prior to that, catch-and-release restrictions had been in place.