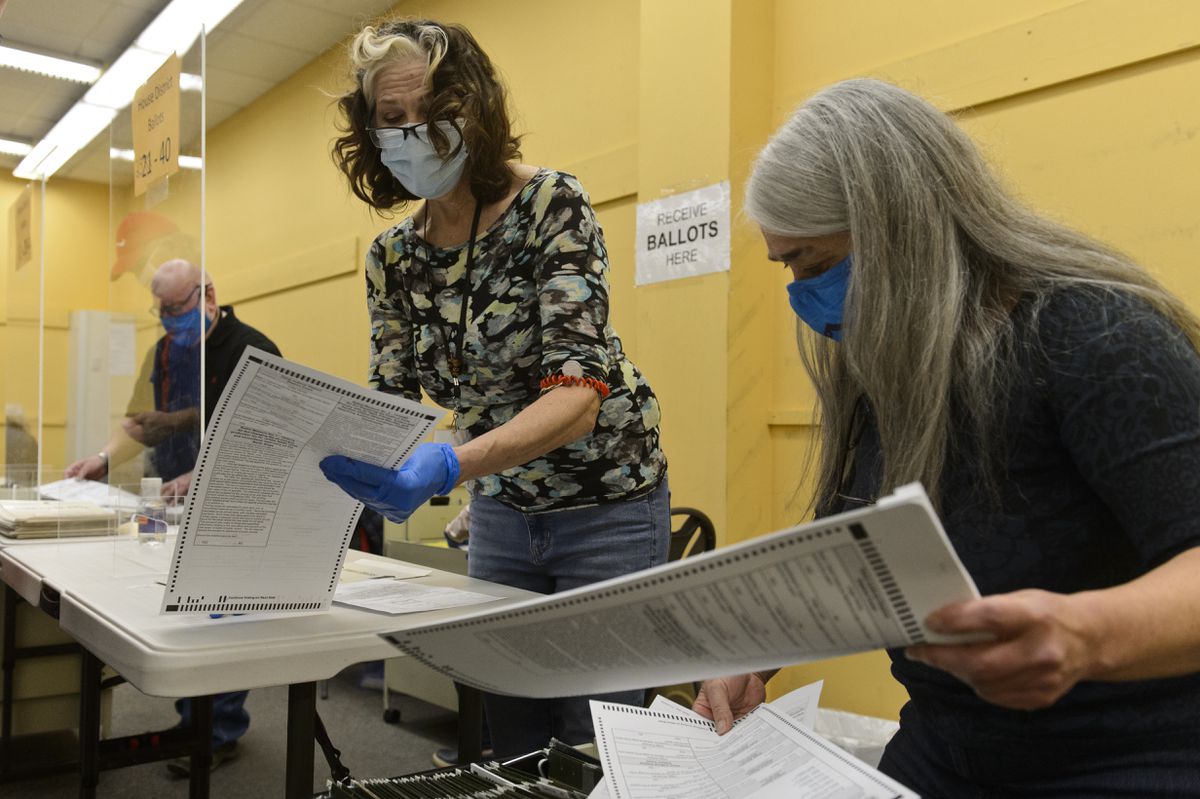 The cost of campaigning for and against Ballot Measure 2 has risen above $7.1 million as vote-yes and vote-no groups plan additional ads and try to hold on to their existing TV spots in the remaining days before Election Day.

If approved by voters, Ballot Measure 2 would combine Alaska’s two primary ballots into one, and the top four candidates would advance to a general election where the winner is chosen by ranked-choice voting. It also would require additional financial disclosure by some groups that spend money in state-level elections.

The leading vote-yes group, “Yes on 2 for Better Elections,” has collected about $6.67 million since 2019, with more than 99.5% of the money coming from Outside groups.

The leading vote-no group, “Defend Alaska Elections,” has raised about $458,000, with about 70% of the money coming from within Alaska.

In a written statement, the vote-no group said that even though it has been operating for less than two months, it has more small, in-state contributors.

According to campaign finance reports, most of the vote-no money has come from Republican groups and donors who traditionally back Republicans.

The telecommunications firm GCI, for example, has donated $95,000 when donations from its two top executives are combined with money from the company itself.

The vote-no group has also received $100,000 combined from two Outside Republican groups, the Washington D.C.-based Club For Growth and the Republican State Leadership Committee.

The source of that money could not be immediately traced in public records — the RSLC will not disclose its final list of 2020 donors until after the election, and the Club for Growth’s list of donors is not published.

Some Democrats are also contributing. Former state Sen. Johnny Ellis, D-Anchorage, has donated, as has the political action committee of the IBEW Local 1547.

Opposition to the measure has come mostly from Republicans and Democrats, while support has come from independents, and there are no large sources of money for independents within Alaska, supporters of the measure say.

The leading donor to the vote-yes cause is the Action Now Initiative, which has contributed $2.66 million, according to campaign finance disclosures.

The Action Now Initiative is the work of John and Laura Arnold, a billionaire Texas couple.

Unite America, which bills itself as “a movement of Democrats, Republicans, and independents working to bridge the growing partisan divide,” has donated $3.1 million.

Much of Unite America’s money comes from Kathryn Murdoch, a moderate member of the family that founded Fox News.

Both groups are active in election-reform causes across the country.

Robert Dillon, a former staffer to U.S. Sen. Lisa Murkowski who now advises the Action Now Initiative, said the yes-on-2 group has had to come up with additional money recently in order to reserve its television advertising slots.

With more money being spent on TV ads for the U.S. Senate race, the price of the remaining ad spots has risen, he said.