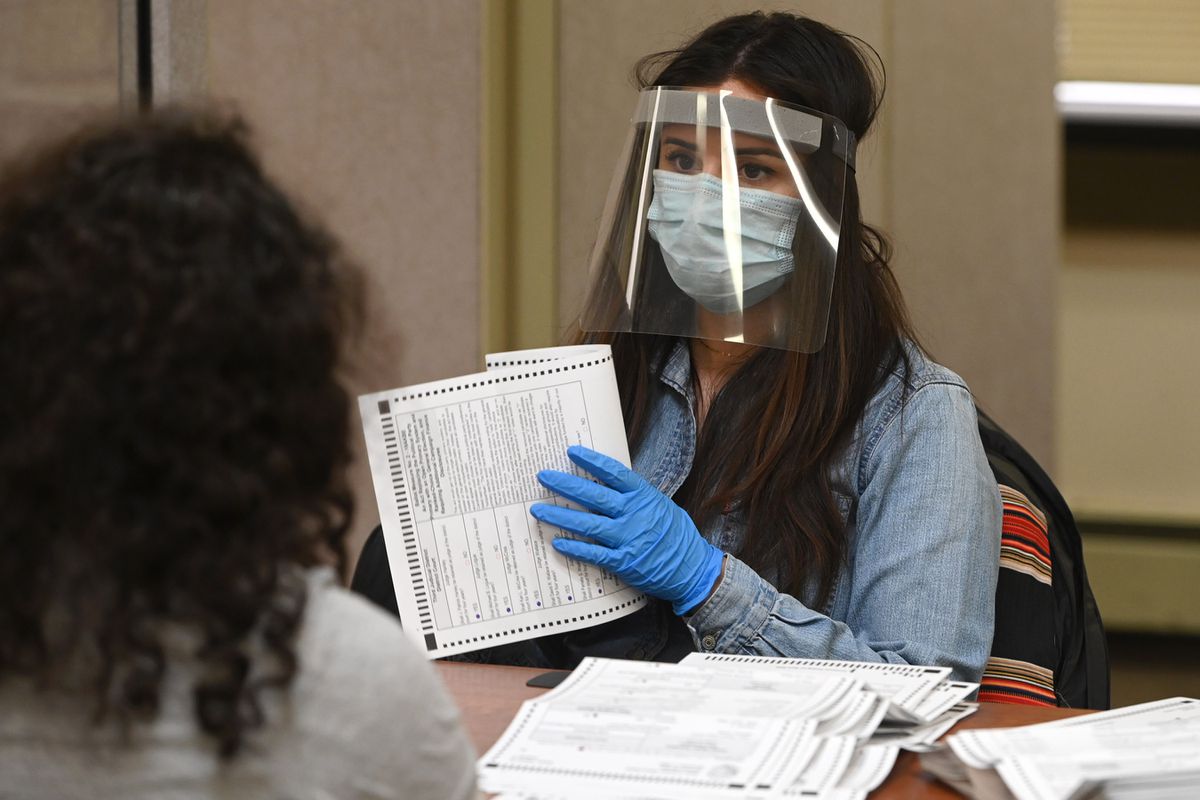 A measure seeking to reform Alaska’s election system is on track to become law if current trends hold, after the Alaska Division of Elections counted more than 37,000 additional early, absentee and questioned ballots on Thursday.

Elections officials are counting votes daily and publishing updates regularly, with 326,840 of an estimated 361,000 ballots counted by 7 p.m. Thursday. More votes will be counted Friday.

No state legislative races changed leaders in Thursday’s count, though several independent and Democratic candidates reduced the leads of challengers who received large shares of votes cast on Election Day.

Ballot Measure 2 is a three-part proposal that would put state candidates into a combined primary election for each office, and the top four vote-getters — regardless of party — would advance to a ranked-choice general election. It would also require campaign donors to more fully disclose the source of certain contributions in some races.

Many of the votes counted Thursday came from South Anchorage’s House District 28, where Republican James Kaufman has led Democratic-endorsed independent Suzanne LaFrance in the race to replace Rep. Jennifer Johnston. Kaufman defeated Johnston in the Republican primary, and Anchorage Assemblywoman LaFrance joined the race soon after.

Kaufman leads LaFrance 50% to 46%, and a third candidate has 4% of the vote. The margin between Kaufman and LaFrance is 421 votes, and there are 816 to be counted, according to Division of Elections figures.

In House District 40, which covers the North Slope, independent candidate Josiah Patkotak leads Democrat Elizabeth Ferguson 52% to 48% after Thursday’s count. The margin between the two is only 148 votes, and 611 remain to be counted. Both are competing to replace Rep. John Lincoln, I-Kotzebue, who is not running for re-election.

The lone state Senate race with a close margin is in Anchorage, where Republican Roger Holland is leading Democrat Carl Johnson as both seek to replace Senate President Cathy Giessel. Holland leads 50% to 46%, with a margin of 831 votes. Independent candidate Care Clift is also running and has the remaining 4% of the vote. There are at least 1,400 votes to be counted in that district.