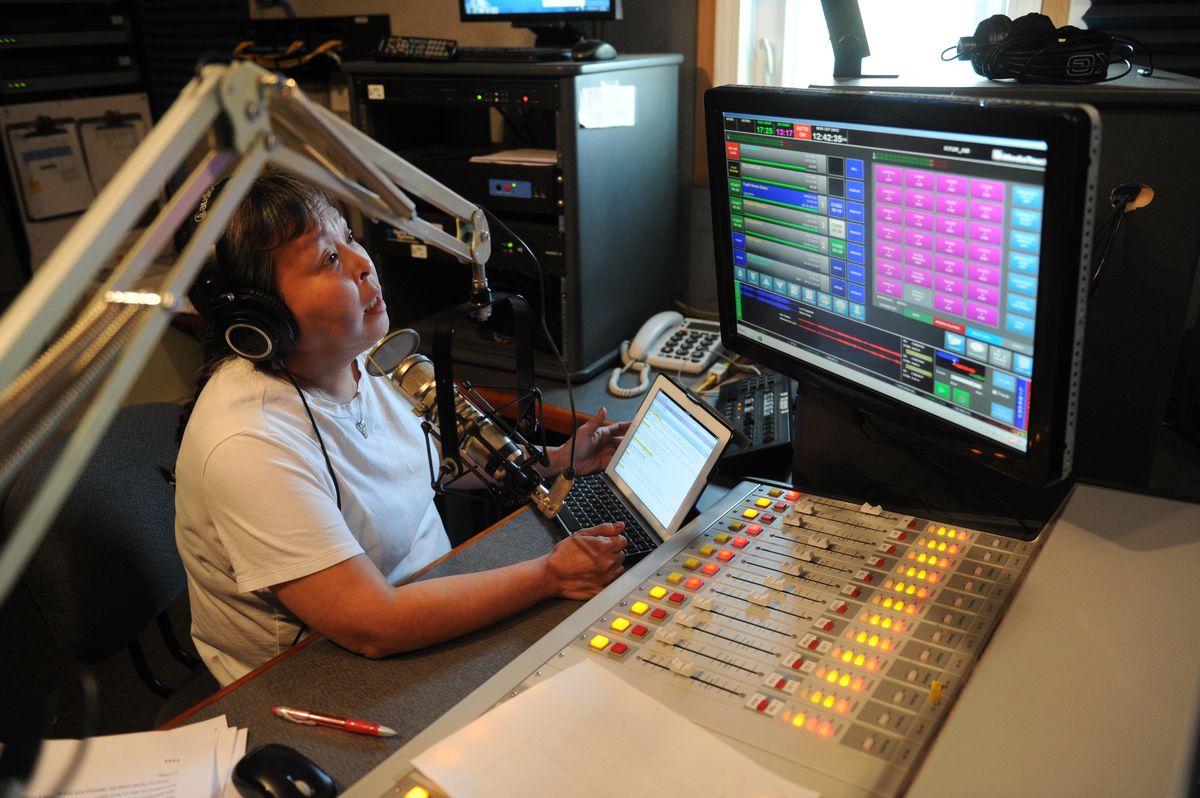 JUNEAU — Gov. Mike Dunleavy has proposed permanently eliminating state support for public broadcasting in Alaska, including the program that broadcasts legislative hearings to Alaskans for free.

The governor proposed no state support for public broadcasting in his budget released last week, and on Wednesday, Dunleavy introduced legislation to eliminate the Alaska Public Broadcasting Commission, which distributes state grants to TV and radio stations across Alaska.

In total, eliminating the commission would save about $3.6 million per year, according to figures from the Office of Management and Budget. The commission does not have any staff, but it distributes grants each year.

“This function can be accomplished utilizing non-governmental entities that can be attuned to and more responsive to the local broadcasting needs of communities,” the governor wrote in a letter accompanying his bill.

Matt Shuckerow, the governor’s press secretary, said the proposed cut is not based on the merits of the public broadcasting aid but is simply part of the governor’s effort to cut costs statewide amid a $1.6 billion budget deficit.

“This isn’t programmatic. The fact is that we are out of money,” Shuckerow said.

While there are commercial broadcasters in the state’s urban centers, public broadcasting offers the only terrestrial radio and TV service in many portions of rural Alaska.

“The impact is much greater in the smaller communities outside Anchorage and Juneau,” said Bill Legere, general manager of KTOO public broadcasting in Juneau, where state funding amounts to 7 percent of the budget.

The station has been broadcasting since 1993 and needs new equipment. Without state money, it probably can’t replace that equipment and the station’s survival will be in jeopardy, said Vicky Thomas, the station’s office manager.

KZPA is the only radio station in Fort Yukon, and in an emergency, the radio station’s messages are used for search and rescue and police response. Already, the station is preparing to cover spring breakup, when the Yukon River ice fractures and causes flooding. On calmer days, the station broadcasts local basketball games.

“Everybody’s shocked about Dunleavy’s budget proposal,” Thomas said. “We’re going to get hit hard if that goes through.”

The public broadcasting cuts would be felt in the halls of the Capitol as well as in distant communities.

About 10 percent of the $750,000 budget for “Gavel Alaska,” which broadcasts legislative hearings, is paid by the state, Legere said. The remainder comes from sponsors, including the City and Borough of Juneau, which pays roughly half that total.

As a member of the Senate Finance Committee, Dunleavy consistently sought to eliminate state funding for public broadcasting. From 2015 through 2017, he served as subcommittee chair for the budget of the Department of Administration, and eliminated funding for public broadcasting every year. Every year, funding was restored before the budget process ended.

In his 2018 primary campaign for governor, Dunleavy told Ketchikan public radio station KRBD-FM, “We all listen to and all watch public radio and public TV. But some would say that with additional television stations and radio stations, it may not be as vital as it once was to the health and safety of Alaskans.”

The commission itself costs about $47,000 per year, according to a fiscal analysis provided by the state, but it administers several million dollars in grants annually and supervises a satellite communications system used by public media in Alaska.

Legere, in Juneau, said that in order to receive federal support, public broadcasters must show they have a certain amount of local funding. In Alaska, state aid accounts for a significant amount of that local funding for rural stations, he said.

“If this cut pushes them off that cliff, then they lose all their federal funding,” Legere said. “So the impact would be a double whammy for them.”

In the Senate, the governor’s legislation will go first to the State Affairs Committee. The chairman of that committee, Sen. Mike Shower, R-Wasilla, said he has not yet examined the bill and cannot comment.

In the House, the governor’s legislation will first go to the Community and Regional Affairs Committee.

“We want to hear the bill, but I have strong concerns,” said Rep. Sara Hannan, D-Juneau and co-chair of the committee. “It’s devastating to rural Alaska to take away the only communication system that’s available to take weather warnings and emergency alerts.”