SPONSORED: Biking, beer and even winter fishing are on the agenda in the Prince William Sound town that’s an easy weekend trip from Anchorage.

By City of Valdez

Presented by City of Valdez

Just about any community in Alaska could make a reasonable claim to be the best spot in the state for winter adventure. But if you got out a ruler and based it strictly on quantity, the numbers wouldn’t lie: The crown would go to Valdez, the snowiest city in Alaska, with an average annual snowfall of more than 300 inches. (That’s about three times the statewide average.)

Known for its extreme snowfall and extreme skiing, Valdez has earned its reputation as a destination for outdoor enthusiasts. But you don’t have to be an adrenaline junkie to take advantage of everything the Prince William Sound gem has to offer.

“I think that the real highlight for Valdez is the snow,” said Mike Wells, executive director of the Valdez Fisheries Development Association. “A lot of times Valdez will have snow when the rest of the state has low snow cover.”

Valdez is famous for its heli-skiing, but the daring mountainside shredding that elevated the town to international fame during the 1990s is just one piece of the full picture of a Valdez winter.

“We are fortunate enough to have the City of Valdez groom kilometer after kilometer of trails for us, both in town and out of town, which allows for great hikes,” said Valdez resident Colleen Stephens. “It allows for fantastic nordic skiing, it allows a snowshoe out to the ocean’s edge, where if you want to continue, you can, and create your own trail down the side of a mountain.”

You can hit the trails if you don’t have your own equipment. The health and fitness center at Prince William Sound College makes winter gear available for residents and visitors alike through its Ski for Free program, which loans out skate and classic skis, boots, poles and snowshoes.

If you’re feeling more adventurous, take a short drive down Airport Road, where the icy surface of Valdez Glacier Lake offers access by foot, snowshoe, skis or snowmachine to icebergs frozen in place for the winter and glacial tunnels carved by wind. (Use caution on the ice, particularly as the weather gets warmer, and check with locals about the condition before you head out.) The city also operates Salmonberry Ski Hill, a low-angle slope with a rope tow that’s great for families, beginners, and those seeking a low-key alpine skiing experience.

“I spend my morning on a trail with my dog in the dark, and then we go out in the afternoon and go for a ski,” Stephens said. “There’s really no reason to stay inside when you have all of that accessible. Why not come play and have fun?”

Get vertical in the Pass

The last leg of the drive into Valdez on the Richardson Highway takes you through Thompson Pass and some of the snowiest territory in the United States, then down through Keystone Canyon, where waterfalls freeze into walls of ice. On any given day, you can expect to pass ice climbers, skiers and snowmachiners out enjoying the slopes and peaks -- or hop out and join them.

“All of those mountains in Thompson Pass become your playground,” Stephens said. “Because of our snow, we just have this phenomenal winter access. We get ice basically oozing out of the rocks. There are entire walls that are nothing but ice.”

While ice climbers work their way up the canyon, skiers are letting gravity carry them down the mountains -- but you don’t need to catch a ride on a helicopter, or even buy a lift ticket. Locals will drive up to the top of a run and ski down to the next turnout, taking turns to be the driver who meets the group at the bottom of the slope.

“You can certainly get a lot of good downhill skiing in just by doing road runs in Thompson Pass,” Wells said. “It’s not uncommon on a good day, particularly after you get a nice shot of powder, there’ll be quite a few people out there.”

The Pass is also the setting for the Thompson Pass Extreme Downhill Race, one of the signature events in the annual Valdez Fat Bike Bash, which will be held April 2-4, 2021. Organizers with the Valdez Adventure Alliance worked with the city and community to develop health and safety plans for the bike festival and the Valdez Ice Climbing Festival, which was held in February. It was important to find a way to bring them back after they were canceled in 2020, said Executive Director Lanette Oliver.

“We’re going to make it work, and we feel very confident that we can do it very safely,” Oliver said. “Everybody involved takes it very seriously.”

Established in 2016, the Bike Bash has been scaled back a bit this year, but it will still include events for individuals, teams and kids, including events for both fat tire and standard bikes and new relay races, including a triathlon with running and kayaking legs.

“You don’t need to be a semi-pro or whatever to come out and have fun,” Oliver said. “Any weekend warrior can come in and maybe go away with a trophy.”

Valdez sits on the shores of Prince William Sound, and believe it or not, boating on the Sound isn’t just a summer pursuit. It’s easy to put in a kayak, and if you have a larger boat, the launch is open year-round (just call ahead to the harbormaster to make sure there hasn’t been any heavy snowfall that needs to be cleared).

Stephens, who is president of Stan Stephens Cruises, said winter on the water can be incredible as long as conditions are good, and it can expand your options for land adventure, too. Just a short cruise out of the harbor can take you to secluded beach landings from which you can set out for a ski or hike.

“It is fantastically beautiful on the right day,” Stephens said. “It can be the most amazing place to explore because very few folks are out there doing it.”

If you’re going to take to the water, Stephens added, safety is paramount. Prince William Sound in the winter can be unpredictable, and it’s best to put in with an experienced skipper, file a float plan, and talk to the locals about where to go and what to watch out for.

There’s more to do on the water than enjoy the scenery. Sportfishing season starts earlier than you’d think, with the personal use spot shrimp fishery opening in April, Wells said. You can also fish for rockfish, halibut, or more elusive early-season winter king salmon.

Valdez snow sticks around well into spring, which means longer, milder days to enjoy snow sports and the winter events that are slated to return this year.

Along with the Bike Bash at the beginning of April, the Valdez Snowmachine Club is planning to proceed with its Mayor’s Cup Snowmachine Race on March 20 and Mountain Man Hill Climb April 15-17.

Air service to Valdez is available from Anchorage, including from Ted Stevens Anchorage International Airport on Ravn Alaska, but the scenery is worth the drive from Anchorage, which takes about six hours, depending on the weather.

“Just the drive in is super unique,” Stephens said. “Between the snow in Thompson Pass to the frozen waterfalls in the canyon, you start getting the lighting in certain places … it’s phenomenal.”

Winter accommodations in the area include a range of options, including hotels, lodges and bed and breakfasts. You can find savings on the Special Offers page of the Valdez Convention & Visitors Bureau website. And if it’s been a few years since you visited the Prince William Sound area, you may be surprised by how the local food and drink options have increased. Valdez is home to two breweries (conveniently located right across the street from one another), a variety of restaurants, and a healthy number of espresso machines per capita, even by Alaska standards.

“For a town of 4,000, we have more coffee shops than gas stations or bars,” Stephens said. “It is ridiculously easy to stay caffeinated before or after your outdoor adventure.”

Valdez has also made it easy to recognize businesses that have gone the extra mile to ensure customers’ safety. Local restaurants, stores, services and attractions can apply to be certified as COVID-Conscious Businesses by the city, which maintains a list of organizations that have completed a rigorous checklist of virus mitigation efforts.

Of course, once you’ve gotten a taste of winter social distancing, Valdez-style, you might decide not to come inside at all.

“There’s no better place to weather a pandemic,” Stephens said. “It’s just a fantastic place to get out and do on your own.”

Presented by the City of Valdez. Learn more about visiting Valdez and find special offers at ValdezAlaska.org. 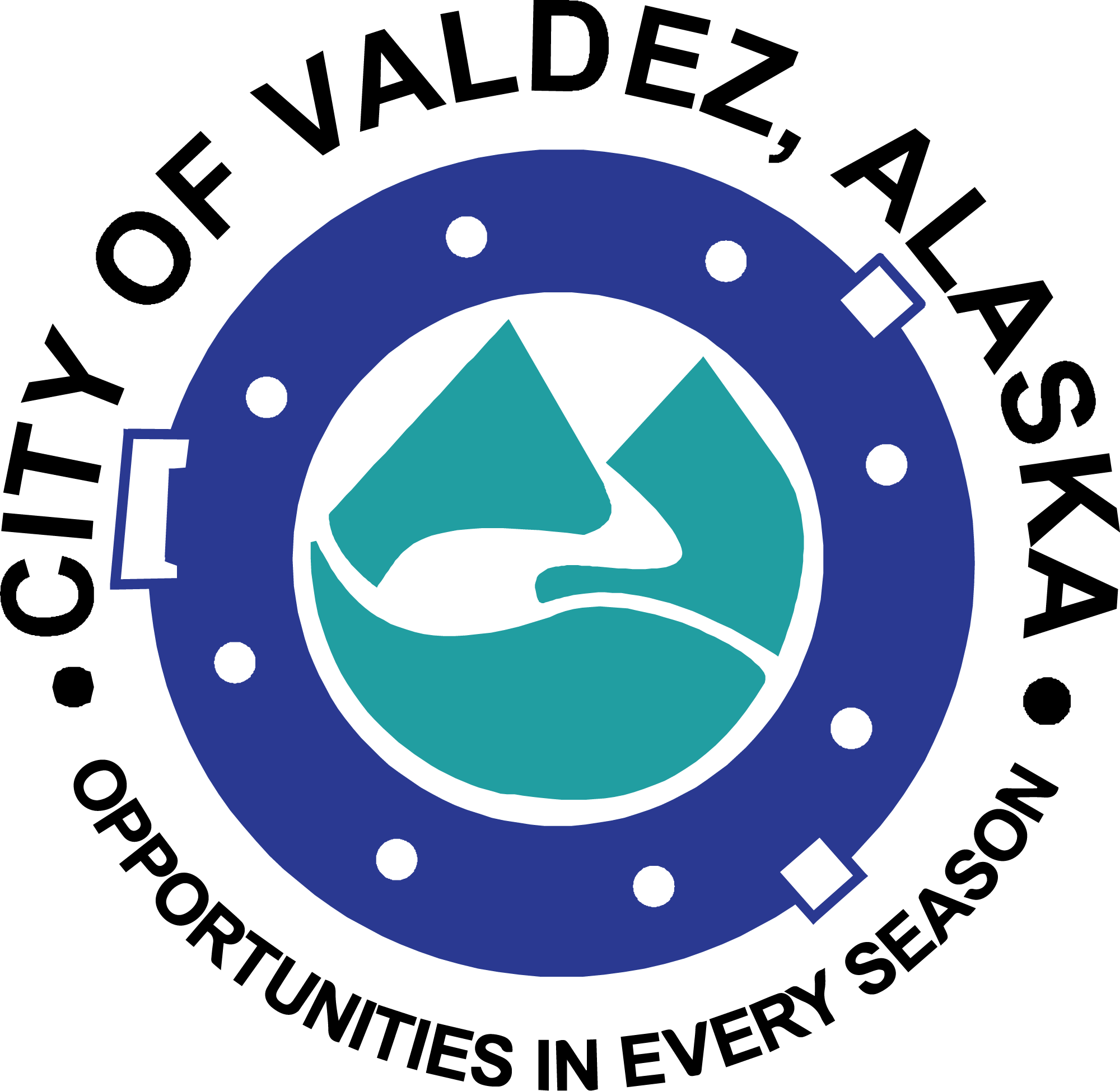 This story was produced by the sponsored content department of the Anchorage Daily News in collaboration with the Sponsor. The ADN newsroom was not involved in its production.