SPONSORED: In its American premiere, a new exhibition documents a years-long journey through the world’s boreal forests, including Alaska’s.

Alaska’s northern woodlands feel uniquely Alaskan, from the dense brush and spindly evergreen trees to the distinctive seasonal scents of labrador tea, wild rose and highbush cranberry. But they are also just one part of the system of boreal forest creating a ring around the top of the world -- a region that impacts the climate worldwide and that is changing faster than ever.

A new exhibition at the Anchorage Museum looks to those boreal forests to examine the threads connecting the people of the North -- and the ever-evolving questions about what it means to live in a changing world.

“Borealis: Life in the Woods” opened in Alaska Nov. 19 following its premiere at The Hague Museum of Photography in the Netherlands. Organized in part by the Anchorage Museum, “Borealis” features the work of two Dutch storytellers -- photographer Jeroen Toirkens and journalist Jelle Brandt Corstius -- who undertook a six-year, three-continent exploration of the boreal forests.

What is a boreal forest?

Brandt Corstius and Toirkens are longtime collaborators whose previous work includes “Nomad,” a prizewinning book about the nomadic Indigenous people of northern Europe. To produce “Borealis,” the duo expanded their scope to the entire circumpolar North and beyond.

“They decided to visit the boreal forests of the world, which are interesting in the fact that (they are) this enormous total land area on the planet, taking up 11 percent of land on the planet and 29 or 30 percent of forest on Earth,” said Ryan Kenny, deputy director at the Anchorage Museum.

The world’s largest land biome, the boreal forest is characterized by colder weather, longer winters, permafrost and forest fires. Other than the people who live in and around these forests, which include Alaska’s forested areas and the Russian taiga, there isn’t necessarily widespread understanding of how vast -- and important -- they are, according to Kenny.

“A lot of attention is often placed on the Amazon, or rainforests -- which are incredibly important, of course,” he said. “I think that some people will be astonished just to realize how large (the boreal forest is) -- far larger than the Amazon rainforest. It’s really a complex forest.”

Over the course of six years, Toirkens and Brandt Corstius visited boreal forests all over the world, in the U.S., Canada, Russia, Japan, Scotland and Scandinavia. Along the way, they talked with people whose lives are closely tied to the forests, including Indigenous people from forested lands, loggers who make their living from the forests, firefighters, and researchers who are experimenting on areas of forest to study the potential effects of climate change. The resulting book and exhibition are divided into eight chapters, each of which examines a different region of boreal forest and looks at some of its human stories as well as its natural features.

“We wanted to tell the story of the forest, its inhabitants, its beauty and its importance, and in this way broaden knowledge about this region,” Toirkens said by email from the Netherlands.

Many countries, one forest

Toirkens and Brandt Corstius started with little knowledge of boreal forests and learned about them firsthand from people who live and work in the forests they visited. The issues they encountered -- tradition versus progress, development versus conservation, the challenges of a changing environment -- will sound familiar to Alaskans, but they are hardly unique to the 49th state.

“You can see relationships between what is happening here in Alaska and elsewhere in Russia or in Canada,” Kenny said.

From forest fires and carbon sink to logging and Indigenous traditions, there are common threads connecting boreal forests around the world.

“This project has come at an important moment, both as we look at our relationships to the land and as we focus on climate change and climate justice,” Kenny said.

“Borealis” doesn’t portray issues in black-and-white terms, he added, instead acknowledging the many shades of gray that exist in questions about how we live on and with the land. That is done intentionally, according to Toirkens.

“With my work I want to inspire and tell a story with respect and in a nuanced way,” Toirkens said.

Among Toirkens’ favorite images in the collection is Boreal Tree No. 25, a solitary “granny pine” the pair encountered in a valley in Scotland.

“It is a beautiful tree, but also a very old tree,” he said. “And I wonder what the future will be for this majestic tree.”

In Alaska, a time to reflect

After visiting forests around the north, the “Borealis” artists concluded their field work with a 10-day stay at Vogel Lake Cabin in the Kenai National Wildlife Refuge in 2019. While they spent previous trips exploring themes like research and forest dwellers’ relationships with their surroundings, in Alaska, Toirkens and Brandt Corstius turned their focus inward.

“During this final trip, we ourselves were the subject,” Toirkens said. “What does the forest tell us, and how do we experience the forest?”

The forest around Vogel Lake was far denser than those the artists had previously visited. Because walking through the woods was so labor-intensive, they found themselves sticking close to the cabin.

“Being remote and isolated from the world makes you experience things very intensely,” Toirkens said. “So, for me as a photographer, I had to stay in close proximity to the cabin to work, but in a way, I also had to stay very close to myself as an artist.”

Access to wilderness, something Alaskans may take for granted, is a rarity in many places, including Toirkens’ and Brandt Corstius’ native Netherlands.

“Even the wild areas are very controlled there,” Kenny said. “With the amount of open space here, I think it holds this mystique. They wanted to be out here, alone in the wilderness, to contemplate their project.”

Toirkens said he is looking forward to sharing “Borealis” with Anchorage Museum visitors who are already well-acquainted with the lands it highlights.

“Of course, the boreal forests are no mystery to Alaskans,” Toirkens said. “I hope the people who actually live here will find some inspiration from my view of their home and surroundings.”

That’s part of the intent, Kenny said -- to give Alaskans a new perspective on a familiar landscape.

“Borealis” is just one of many new exhibitions at the Anchorage Museum focused on the circumpolar North, which includes Alaska as well as regions of Canada, Russia, Finland, Denmark, Iceland, Norway and Sweden.

“What goes into the atmosphere doesn’t have political borders,” Kenny said. “It extends throughout the circumpolar North region and across the globe.”

Kenny referenced a NASA video that is a component of “Borealis,” showing carbon dioxide as it travels the globe. Through the summer, the boreal forests of the Northern Hemisphere absorb a tremendous amount of carbon dioxide. With the arrival of autumn and then winter, the video illustrates the decline as northern forests absorb fewer greenhouse gases.

“You can see how, through the seasons … just how valuable these forests are to us in absorbing the carbon dioxide in the atmosphere,” Kenny said.

It’s just one of the ways different regions of the world are impacted by what happens in the North, he added. Exhibitions like “Borealis” examine Alaska’s role in the world by looking at the entire Earth through a Northern lens -- and, often, finding similarities, common threads, and shared stories that connect Alaska to other faraway places.

“I think this exhibition is actually a great example of how interconnected we all are,” Kenny said.

“Borealis: Life in the Woods” will be on view at the Anchorage Museum through Sept. 25, 2022. Learn more at AnchorageMuseum.org. To stay up-to-date on events and programs related to “Borealis,” follow @AnchorageMuseum on Facebook, Twitter or Instagram. 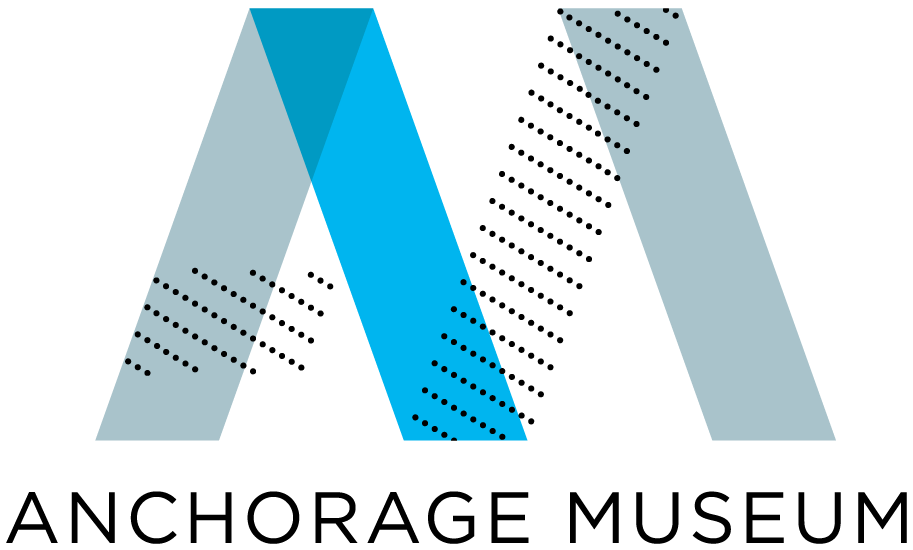 This story was produced by the sponsored content department of the Anchorage Daily News in collaboration with the Anchorage Museum. The ADN newsroom was not involved in its production.