‘It has no face or name’: Five myths of opioid addiction

SPONSORED: Last year, Alaska had the largest increase in overdose deaths of any state in the U.S. Experts address five top myths around opioid addiction that can prevent Alaskans from finding help.

By State of Alaska Department of Health

Presented by State of Alaska Department of Health

Rewind 25 years to when the opioid epidemic first took root in the United States.

Addiction and addiction treatment looked entirely different back then. Over-prescribed painkillers like OxyContin were at the core of the country’s substance misuse problem — not illegally-manufactured synthetic opioids like fentanyl, which led opioid-related deaths in 2021.

Today, Alaskans have more tools at their disposal to treat addiction and overdose. Healthcare providers largely understand medications for addiction treatment (MAT) to be one of the best paths forward for addressing addiction. Many public buildings around Alaska, from public health centers to libraries, are stocked with easy-to-use overdose reversal kits.

Despite progress made on many fronts, overdose deaths have continued to rise. Compounding issues play a role, including a high prevalence of illicitly-manufactured fentanyl and other illegally-sourced substances entering the U.S. drug supply, high rates of mental distress, economic challenges, ongoing intergenerational trauma, polysubstance use and additional stress from the pandemic.

Stigma and misinformation also persist as barriers to progress. Since the mid-1990s, misconceptions around the opioid epidemic have created a curtain of guilt and shame surrounding those impacted by addiction, even as the disease touches more and more people.

This National Recovery Month, debunking common myths about opioid use in Alaska can help everyone to become more compassionate friends, neighbors, and family members to those who may be suffering.

MYTH: An overdose won’t happen to someone I know.

That’s one public health nurse Claire Geldhof has heard before.

“From the years of public health nursing and as a lifelong Alaskan, I know that that’s not true,” she said.

Geldhof, who grew up in Juneau, said she’s lost multiple peers from overdose and drug poisoning. Substance use can impact any Alaskan, regardless of age or location, she said.

The state’s overdose death rate has been climbing across the board since 2018. Last year, Alaska had the largest leap in overdose deaths of any state in the U.S., according to a report released this summer.

It’s true that some Alaskans have higher overdose death rates than others, including Alaskans between the ages of 25 and 34 and Alaska Native individuals. The cause for higher rates is complex – for example, the rates seen in Alaska Native populations correlate with systemic inequities, such as intergenerational trauma, socioeconomic factors, racial and ethnic discrimination and more.

But no demographic is immune from the impacts of the epidemic.

“Substance use doesn’t have a particular age group that it targets or impacts,” Geldhof said. “It has no face, or name.”

She said today, one popular opioid is making that more true than ever — fentanyl, a synthetic opioid that is 100 times stronger than morphine and was responsible for more than three quarters of all opioid overdose deaths in 2021.

MYTH: OK, but I don’t use fentanyl, so I don’t have to worry.

Today, any illicit drug can contain fentanyl. It’s everywhere — in cocaine and heroin, in counterfeit Xanax and MDMA.

Dr. Sarah Spencer, a family physician based in Ninilchik, said she talks to patients about fentanyl every day.

“Anyone using any illicit substances, if it’s not purchased from the store or pharmacy, is at-risk for exposure to fentanyl and at-risk for overdose,” Spencer said. “So that’s definitely a group of people that we didn’t used to think of in the past as at-risk, but now they are.”

When it comes to fentanyl, even small doses can be deadly. As little as two milligrams can cause an overdose, making drug use a potentially fatal game of chance.

Fentanyl is also subtle. Pills are sometimes disguised to look like other painkillers, like oxycodone. This month, public health experts are raising alarms about rainbow fentanyl — small, colorful fentanyl pills that look like candy or colored chalk.

“Sometimes patients are not trying to take fentanyl. They think they’re taking something else,” Spencer said. “But it turns out that they’re unintentionally being exposed to fentanyl. And that can be particularly dangerous for overdose risk.”

Today, most overdose prevention kits now contain fentanyl strips, so people can test drugs before they use them. Those kits, which also include overdose-reversing medication naloxone, are available at most Alaska public health centers.

MYTH: Only fentanyl is dangerous.

Filley works with the Alaska Office of Substance Misuse and Addiction Prevention, which was created in 2017 to respond to the substance misuse epidemic in the state. She said one drug her office is also on the lookout for is methamphetamine — a highly addictive stimulant that’s been around in Alaska for decades.

Despite the concerning bump in fentanyl deaths last year, methamphetamine was responsible for even more — for an overdose death rate of 154 in 2021. In 2017, the rate was 60.

“People tend to talk about opioids. But methamphetamines are also a huge problem,” Filley said. “It’s difficult to know which drugs are being mixed together, and while naloxone doesn’t work against non-opioids, it will help prevent an overdose if opioids are present, and it won’t hurt.”

MYTH: People who are addicted to drugs lack will power.

Addiction is a disease. Like many progressive diseases, it can quickly take over a patient’s life, to no fault of their own — substances change the chemistry of users’ brains, rewiring their reward pathways and triggering physical symptoms like cravings and withdrawal.

Michael Carson, chair of the Mat-Su Opioid Task Force, said it’s a pattern that no one is immune to.

“There are so many underlying core issues that drive addiction,” he said. “And unfortunately, all we see is the person that is addicted. "

Central to the task force’s recovery work is the creation of community — which Carson said is one antidote to the isolation of addiction. He said it’s essential to be compassionate to the pain that drives people to addiction and keeps them there. Stigma, on the other hand, can discourage people from seeking treatment.

“It keeps those people trapped, because people are telling them they don’t have any value — that if you just had enough willpower, you could stop,” he said. “That, I believe, keeps part of them in the addiction.”

And recovery can be slow. Brain changes can persist years after a person quits drug use, which is why relapse can happen even after long periods of abstinence. That’s one reason it’s so important, Carson said, to create long-term treatments and support networks that people can turn to throughout their journeys.

MYTH: There are few places to turn for treatment in Alaska

The landscape of treatment in Alaska is as multifaceted as the issue of addiction itself.

Carson said part of what makes the Mat-Su Opioid Task force so successful is that it doesn’t dictate one path to recovery. He’s seen people turn to healing in a myriad of places — from outdoor recreation to religion.

He says the task force will be there to walk alongside people through their recovery when they’re ready, and to point them to basic supports like housing and food when needed.

One of the most effective treatments we have at our disposal today to fight addiction is medications for addiction treatment, or MAT. As of last summer, over 500 providers were providing MAT treatment in Alaska.

Sarah Spencer’s clinic has been pioneering MAT medicine in Ninilchik for over five years. She said people sometimes don’t know about the resources available in their own communities.

Other times, they’re hesitant to reach out in the first place.

“For opioid addiction in particular, we have incredibly effective life-saving treatments,” she said. “But it’s tragic that there’s an incredible amount of stigma around the treatment itself. Patients are really meant to feel ashamed or guilty.”

Spencer works with patients to prescribe them the treatments that work best in their lives. Popular opioid agonists, like buprenorphine, can be shipped to local pharmacies and don’t require detox, which is helpful for patients in more rural parts of the state.

“The right medication is the one the patients want to take, and that they will keep taking,” she said.

Claire Geldhof said telemedicine can be a useful tool in some of the more isolated communities.

Through her work as an itinerant public health nurse, she travels to the farthest reaches of the state — where resources may be fewer and farther between, but are not out of reach.

“I think our experiences through the COVID pandemic have opened up some really incredible avenues for telemedicine and improved access to behavioral health services that can reach people in remote areas.” Geldhof said.

Alaska has also had a strong peer support program in place since 2020, so that people struggling with addiction can connect with people in recovery and hear those stories.

Jessica Filley said passing on those stories helps provide those in recovery with a roadmap.

The State of Alaska Department of Health, too, has several ongoing projects to counter the high rates of overdose in our state. Through Project HOPE, Alaska has distributed tens of thousands of naloxone kits across the state, reversing hundreds of overdoses. Today, Project Gabe is getting kits and other resources out to workers in the fishing industry, where workers might be at higher risk of opioid misuse and overdose.

There’s still room for improvement within our own system. Patients sometimes need to leave their communities to access the care they need when that care is not available at home. Geldhof said that highlights the need for local networks of support.

Sometimes, it may feel like an uphill battle. But she said through it all, those on the front lines, like Geldhof, still have hope.

This story was sponsored by State of Alaska Department of Health. The Department’s mission is to promote the health, well-being, and self-sufficiency of Alaskans. 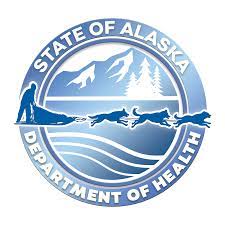 This article was produced by the sponsored content department of Anchorage Daily News in collaboration with the State of Alaska Department of Health. The ADN newsroom was not involved in its production.