MAKing It: Got mustard? One gourmet food business brings local products to life.

Kasha Ostbloom was in a pinch. Her in-laws were hosting Easter, and she planned to make potato salad with dinner but needed one ingredient: mustard. As a young mother living on the outskirts of Fairbanks in 2003, Ostbloom was unable to make the lengthy drive into town for groceries.

Instead, she pulled from her own cupboards. She searched through her cookbooks for a recipe with no success.

Then, she found a 1950s cookbook that belonged to her grandmother.

“I pulled it out of the cupboard, and an index card fell out. It read, ‘Grandma Hahn’s German Mustard,’” Ostbloom said. “So, I made it. And it was the worst stuff I had ever tasted. It was terrible.”

Ostbloom’s in-laws weren’t served potato salad that night. But the experiment left Ostbloom wondering what had gone wrong. Then she started learning about food science and found the answer: Ostbloom made the dish with an aluminum pot, which reacts to vinegar, spoiling the mustard.

Ostbloom ships her culinary creations around the U.S. from her commercial kitchen in Fairbanks. She also helps support a community of local foodies, empowering others to pursue their own dreams of creating and selling delicious homemade recipes. But she never intended to fill this role in the community or even become an entrepreneur herself.

“This whole thing started as an accident,” she said.

Ostbloom grew up in the Interior community of Galena, where her father worked as a wildlife biologist. Living in a small town off the road system, she was used to seeing her parents improvise. Her father made jars of his own mustard which he’d store in the freezer.

After completing her undergraduate degree out of state and moving to Fairbanks in 1997, Ostbloom worked for the State of Alaska for several years. When a family medical situation necessitated a sabbatical, she found herself making her own mustard, just like her father had done so many years before.

As she began learning more about culinary arts, dietary needs, and restrictions, Ostbloom began adapting recipes and bottling them for friends and family. She started getting serious about selling her goods. Then she faced a cancer scare that left her questioning her path in life.

“Why have regrets?” Ostbloom realized. “Go ahead and just jump in. Do it.”

In May 2005, she officially started Moosetard and began selling products at local markets.

“From there, it just kind of took off,” she said.

Alder-smoked mustard is one of her best sellers; since the wood is also used to smoke salmon, “for most Alaskans, that’s just a comfort food flavor,” Ostbloom said.

While Kasha Ostbloom is the sole owner of the company, her husband, Paul Ostbloom, has been instrumental in supporting the business.

Moosetard products can be ordered online and found in local retail outlets in Interior, Southcentral and Southeast Alaska.

Ostbloom has grown her company while helping others who want to share their recipes but lack the resources to produce and bottle commercial food products.

In 2014, Thorssin and Ostbloom connected through word of mouth. They began working together and Ostbloom took over production of her signature recipe, Cranberry Garlic Balsamic sauce. Today, the women sell each other’s product lines at local markets and stores.

Ostbloom’s partnership has given Thorssin the tools to better her business and life. With the ability to sell her products wholesale, Thorssin shifted focus away from a dizzying schedule of weekly markets and bazaars, to completing a master’s degree, and pursuing her passion of caring for retired sled dogs.

“Kasha has really allowed me to expand my horizons,” Thorssin said.

Two other Alaskans’ gourmet food lines have found success thanks to Moosetard. The brand’s Lead Dog BBQ line was originally another entrepreneur’s product, who eventually sold the recipes to Ostbloom.

The Sweet and Spicy Umami Sauce, a cayenne pepper glaze with brown sugar and molasses, is a customer favorite and the creation of another talented Alaska cook.

“We can all come together with her investment in that kitchen,” Thorssin said.

Ostbloom cares about making an impact in other ways, as well. She recycles roughly 90% of the material used at her business and composts organics, reducing her trash to roughly one household-sized kitchen bag per month, she said.

‘So much more to banking than meets the eye’

In 2022, Ostbloom switched to natural gas to save on heating fuel and help reduce the company’s energy usage. Ostbloom now saves two-thirds of the cost of her former heating bill.

Local business J&J Mechanical installed the new system. “We’ve been very happy with it,” Ostbloom said. “I owe them some barbeque sauce.”

To invest in the new heating system, Ostbloom needed to refinance her facility. She went out in search of a new financial institution and soon connected with Herbert Davis, Assistant Vice President and Loan Officer at First National Bank Alaska.

Davis met with Ostbloom and toured her commercial kitchen. They chatted about her vision, needs, and family.

Davis and the team at First National drew up a plan that fit Ostbloom’s needs, including a commercial refinancing loan, treasury management products, and other solutions for her small business.

“There’s so much more to banking than meets the eye,” said First National Senior Business Development Officer and Treasury Management Consultant Cecil Cocom. “You definitely have to customize what the customer needs.”

With the ability to tailor solutions to all sizes and stages of business, Alaskans like Ostbloom know they’re getting the best products when banking with First National, Davis said.

“Our bankers are experienced. We have an extensive footprint throughout all areas of Alaska. There’s not a product or service that we cannot offer, and we have the financial expertise and service to back it up,” Davis said.

Davis checks in with Ostbloom regularly to ensure she has everything she needs.

“I felt like I was welcomed into a family,” Ostbloom said of working with First National.

Ostbloom’s impact reverberates throughout Alaska thanks to her dedication and decades of experience. A Tanana Valley Farmers Market board member for more than 15 years, she continues to seek out new culinary inspirations and teach other entrepreneurs about local business and food science.

“Every time I’m helping somebody else, I’m learning as well,” she said. 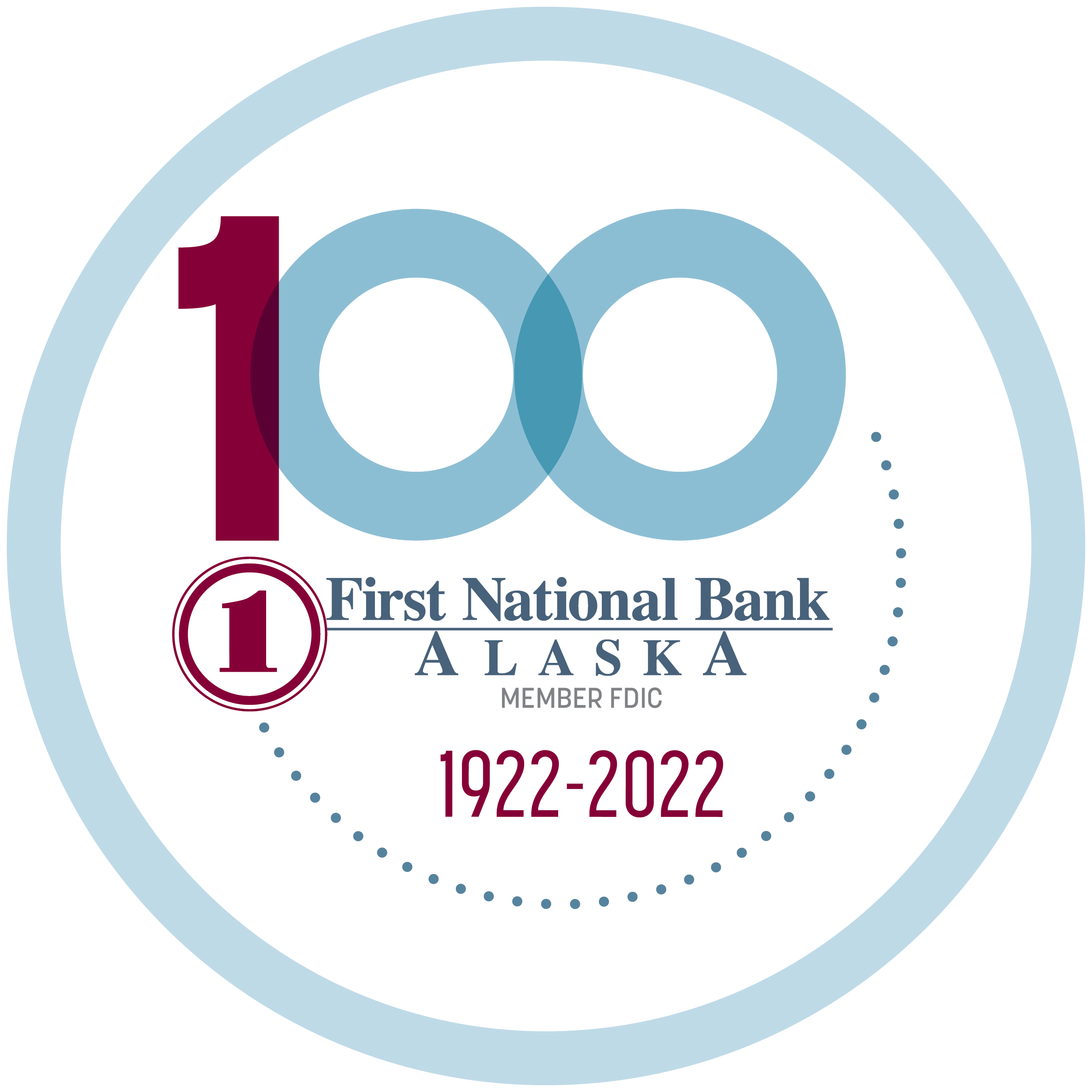