SPONSORED: How local organizations are bringing support to Alaska kids who need help preparing for school and beyond.

By United Way of Anchorage

Presented by United Way of Anchorage

Alaskans know all about swimming upstream. It’s the path salmon take to return home every year, fighting the current to get back to their freshwater breeding grounds to spawn.

Education leaders like Jackie Wallen of Volunteers of America Alaska use the word “upstream” to talk about another challenge — addressing the state’s largest, systemic problems at their roots, instead of when it might be too late.

“I think we’ve been reactive as a society for far too long,” Wallen said. “But I think that because of Cradle to Career and the further emphasis on upstream prevention and intervention, we are changing the trajectory of Alaskan youth.”

Cradle to Career Anchorage is a partnership of organizations — including Volunteers of America Alaska — dedicated to supporting all of our children, particularly those who face the toughest challenges, from birth to adulthood. That support not only preempts social and economic problems like substance misuse and homelessness, but opens the way for young people to thrive.

June Sobocinski leads the initiative for the United Way of Anchorage. She said focusing on building bridges with youth early in their lives is key to preparing them for school and beyond.

“We know if a high percentage of our children are not arriving to kindergarten ready and are not reading proficiently by around third or fourth grade, we are not setting ourselves up to be a healthy, thriving city, because too many of our children will not graduate, or will graduate unprepared and will not become the dynamic workforce we need,” Sobocinski said.

“Right now way too many children are not thriving,” she said. “In Anchorage only about 30 percent arrive at kindergarten ready. Fewer than 40 percent read proficiently in third grade.”

The Cradle to Career program started in May 2022 and follows another United Way program, 90% Graduation By 2020, which aimed to raise graduation rates in Anchorage’s high schools.

That program did succeed in raising graduation rates in its lifetime — from under 60 percent in 2005 to up to 84 percent in 2019 — but Sobocinski said United Way and its community partners continued to see some subgroups of students underperform in school.

That’s why Sobocinski’s organization is increasing emphasis on earlier childhood.

“I believe that one of the most impactful solutions is for our community to better support children and families in the first five to six years of life,” she said.

Amie Collins seconds that belief. Executive director of Best Beginnings, one of the core organizations in Cradle to Career, Collins said the research is clear: The first five years of a child’s brain development are critical.

“Education doesn’t start at age five,” she said. “It starts the day kids are born.”

That newborn-to-five age group is the target population of Best Beginnings, which helps prepare students for school long before school starts.

As it stands, the numbers are grim. Collins pointed to data released by the state in November which said just 33 percent of Anchorage School District kindergarteners showed readiness in the state’s 13 goals for pre-kindergarten students; in some schools, those numbers were even more dire.

“Which means students don’t have the fine motor skills to use a pencil. They might not recognize print as letters,” Collins said. ‘And when you put them in a classroom, they’re already at a disadvantage.”

Best Beginnings runs a camp, On To Kindgarten, that helps get students up to speed before entering school. Last summer, Cradle to Career partnered with Best Beginnings to provide funding for the program and make it more accessible to families — parents pay what they can in order to send their kids — and connect families to community programs diaper pantries to support families every step of the way.

Best Beginnings took their pilot data to the state, and now plans to take On to Kindergarten statewide in 2023.

“It’s a really great model of how these grassroots community projects can be funded and tested and we can learn from them and have a great impact on the state,” Collins said.

Collins’ tiny nonprofit, with a staff of three, couldn’t do the work without support and resources from a bigger organization like United Way, she said.

There’s still a lot of room for intervention after age five.

Volunteers of America Alaska is using funding from Cradle to Career to support mental health initiatives at elementary, middle and high schools in Anchorage, which Jackie Wallen said is a great way to reach kids and reduce barriers to entry.

“By providing mental health support in earlier years, we’re really able to prioritize connection with an adult,” she said.

That connection with an adult, in turn, plays a huge role in setting kids up for success down the road. Wallen said the idea is to counter the effects of early exposure to trauma and violence often associated with poor reading scores and performance in schools, among other adverse outcomes.

“Our services are really meant to complement the services the school is offering,” Wallen said.

Cradle to Career also offsets some of the basic costs of those services for families so they can access counseling, including expenses related to transportation.

The program is adding a ninth school in December.

“If we impact kids earlier on, it makes financial sense for organizations and communities,” Wallen said. “We can help prevent longer-term traumas. We can get kids connected to support, and we’re really able to change the trajectory of kids and families at an early stage.”

Cradle to Career is still a young initiative. Sobocinski said working with local partners like Volunteers of America Alaska and Best Beginnings is encouraging.

“Other people can see how important this is,” she said.

Wallen said it’s amazing to see organizations come together in a common purpose. Seven months in, the more upstream frame-of-mind is already setting Alaska’s kids up for better futures.

“That’s powerful to be a part of,” she said. 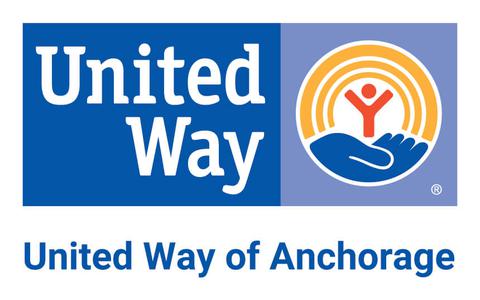 This article was produced by the sponsored content department of Anchorage Daily News in collaboration with United Way of Anchorage. The ADN newsroom was not involved in its production.