Iron Dog to decide next week whether to hold 2019 race 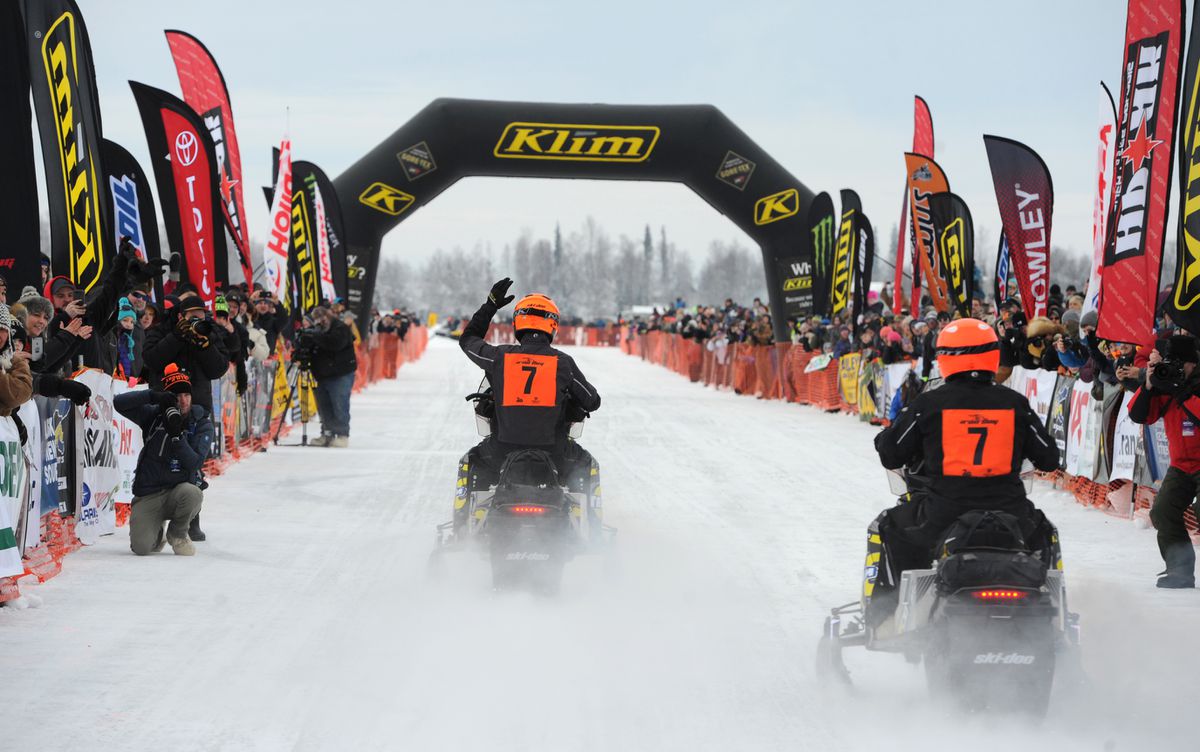 The Iron Dog board of directors will meet Tuesday to decide whether the 2,000-mile snowmachine race across Alaska will be held this winter.

According to an announcement posted Thursday on Facebook, the race is "running on empty" when it comes to both finances and leadership.

"The coffers are dry to the point where we can neither pursue new leadership through pay, nor maintain basic staffing levels," board member Lee Butterfield said in the post.

The Iron Dog, billed as the world's longest, toughest snowmachine race, was first held in 1984. It took a big financial hit in 2016 when it lost its title sponsor, the Alaska National Guard, which had been with the race since 2009.

"The amount of investment from (the National Guard) was a key component to keep the race running at the world class level that it has grown to over the years," Butterfield wrote. "After losing said sponsor, and the innovative and energetic personality of Kevin Kastner, the Iron Dog has un-successfully (sic) struggled to fill both of these losses this year."

Butterfield's announcement, titled "The Future of the Iron Dog," is the latest piece of bad news for the race.

More recently, according to the Facebook post, two board members have resigned — Jim Wilke, the president of board, and Skip Boomershine.

The Iron Dog began as a 1,000-mile race from Big Lake to Nome and eventually expanded to 2,000 miles, making Nome the midway point and Fairbanks the finish line.

In advance of Tuesday's meeting, Butterfield said organizers are seeking input from the public. There's a survey on the race's Facebook page for racers, fans or volunteers to submit comments.

"Tell us your ideas for saving it, and tell us how you are willing to make those ideas a reality," Butterfield said. "We have only one goal. That is to race in 2019. Beyond that we want to reintroduce a stronger, better, and more inclusive race in 2020 through participation and transparency that puts everyone involved into a position to be heard, and to help guide this most amazing event."