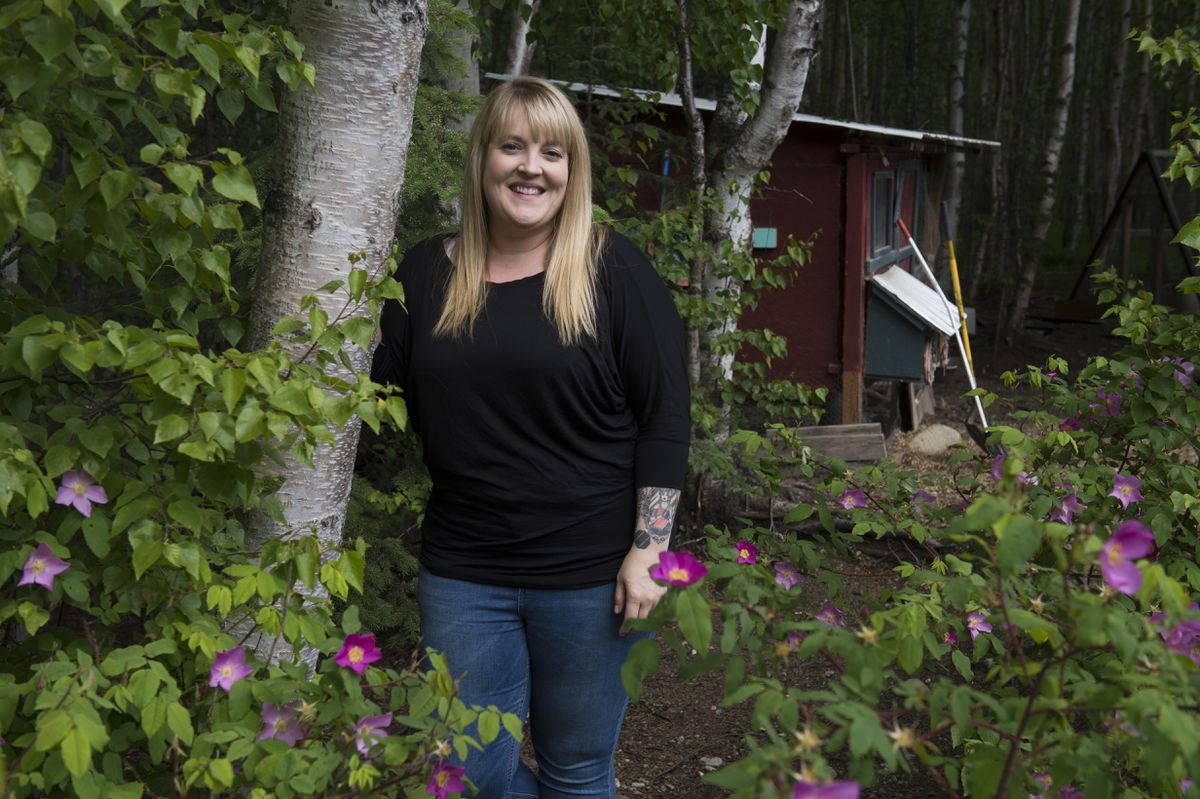 Don’t call Sarah Lorimer a fighter. Yes, every day she battles a disabling disease that can make a simple task like carrying a bag of groceries seem like a Herculean feat. And yes, her struggle has come with sacrifices, most notably the recent sale of a business she loved and had hoped to run for the rest of her life.

Don’t call Lorimer a fighter, because as the owner of the Alaska Fighting Championship for the last 13 years, she knows what awaits those men and women who willingly engage in physical combat.

Lorimer, 37, tapped out as the owner of the AFC last month, six years after being diagnosed with multiple sclerosis. She sold the fight promotion to former fighter Nic Herron Webb because her illness made it more and more difficult to deal with the relentless pace of the cage-fighting business.

“I’m a very proud person and it was very difficult to admit I can’t do it anymore,” Lorimer said. “I never wanted to use the disease as an excuse. When something would go wrong and I could truly not get out of bed, I didn’t want AFC to be affected.”

Last month’s AFC 148 marked Lorimer’s last fight night as the AFC owner, and as Wednesday’s AFC 149 approaches, her life is already different. Her phone has been mostly silent, for one thing.

“The average day I’d get 30 text messages and 20 to 30 phone calls and I was checking my email a hundred times, because you never know what’s going to happen with a fight card,” she said. “I already noticed a significant stress-level decrease.”

Lorimer bought the mixed martial arts promotion in 2007, and as a staff of one she propelled it to great success. She entered into a deal with the Ultimate Fighting Championship that puts AFC fights on UFC Fight Pass, an online broadcasting platform with a worldwide audience. She moved the once-a-month fights from aging Sullivan Arena to the more comfortable Alaska Airlines Center. She has seen several Alaska fighters move on to the UFC, the sport’s biggest stage.

Among those who vaulted from the AFC to the UFC is Lauren Murphy, who praised Lorimer for the opportunities she provided fighters.

“She got our names out there,” said Murphy, who is ranked eighth in the UFC women’s flyweight division. “I hope fighters in Alaska realize how much Sarah has done for fighters in Alaska. She gets them good coverage, and she promotes them well on social media.”

And she put on a good show.

“Something I found out from fighting in the Lower 48 is the quality of the promotion is not always good,” Murphy said. “The cage is all dinky, there’s no music, there’s a small crowd and the DJ sucks. Sarah provides a big cage in an arena, you have locker rooms to warm up in and there’s a real professional feel to a ‘smaller market.’ She gave it a big-time feel.”

Lorimer, an East High graduate, was a fight fan growing up and initially got involved with AFC when she was looking for a place to advertise her Wasilla mortgage company. When the people who founded AFC in 2004 were ready to sell, Lorimer and her parents, Greg and Kathy Johnston, decided to buy it. Two years later, Lorimer sold her mortgage company, bought out her parents and became the sole owner of the AFC.

Being a fight promoter was a way to have a more flexible schedule as a single mother, Lorimer said. Her daughter, Audrey, took care of social media for the AFC and just graduated from high school with an internship offer from the UFC.

Several years ago, Lorimer started experiencing symptoms of multiple sclerosis, a disease of the central nervous system that interferes with signals between the brain and the body. She was numb from the top of her skull to her chin. She was forgetting things. She would fall, and she and her family would laugh it off as clumsiness.

Her dentist heard about her symptoms and told her to see a neurologist. An MRI revealed that she had multiple sclerosis, which has no cure and can be debilitating.

Lorimer was alone when she got her diagnosis. She left the doctor’s office, went to her car in the parking lot and did a Google search for the disease.

“I read the quick Wikipedia description and bawled the whole way over to my parents,” she said.

Lorimer calls MS an invisible disease. She looks fine, and sometimes she is fine, but other times she isn’t. Relapses make the disease worse, and she has had several.

“I can’t snowboard anymore, I can’t ride a normal bike anymore," Lorimer said. “I have extreme fatigue, and not where you’re tired. Where you can’t lift your feet up or can’t carry groceries.

She feels lucky, too, that in her role as AFC owner she met Dana White, the owner of the UFC who came to Anchorage in 2015 to scout AFC fighters for an episode of the TV show “Dana White: Looking for a Fight.”

Lorimer and White hit it off, and in 2016 they entered into a deal that put AFC on UFC Fight Pass. Lorimer said she will oversee the AFC’s involvement with Fight Pass through the length of the contract, which runs through December 2020.

Getting AFC on Fight Pass was the pinnacle of her 13 years as a fight promoter, Lorimer said. She said the AFC, which draws 1,200 to 1,400 spectators to each show, is more financially sound than ever.

“The whole Fight Pass deal is what allowed me to build my handicapped-accessible home,” she said of the Wasilla house she shares with husband, Ryan Lorimer; daughter Audrey; 100 chickens and some turkeys, ducks and geese; and a pet pig named Priscilla.

In recent years Lorimer worked more and more from home, usually in bed with a laptop and phone in front of her. Audrey will be a freshman at Western Washington University in the fall, and Lorimer’s plan was to keep working until Audrey was out of college.

A serious relapse last summer changed those plans. She started having more bad days, and as she worried about balancing her health with her business, she realized it was time to sell. As last month’s AFC 148 approach, she sifted through old photos and YouTube videos to put together a montage to mark her swan song and felt overwhelmed.

“It didn’t make me rich but it supported me,” she said. “I feel very, very fulfilled in what I was able to do. I have lived the dream, I really have. I’ve been able to see and do so many things. I’ve been at historic UFC events and met some incredible people I’ll be friends with forever.”

Lorimer will stay busy with the Fight Pass component of AFC and also with two new passions -- raising money and awareness for MS, and a quilting guild that her mom belongs to. One of the women in the guild has had MS for 60 years, she said, and is the most positive person she’s ever been around.

That’s the attitude she is striving for. Just don’t call her a fighter.

“I don’t call myself a fighter. I don’t get punched in the face,” Lorimer said. “People say, ‘Oh, she’s such a warrior.’ No I’m not. I’m just doing what I would expect my mom to do, or my dad to do, or my sister to do – to keep going, and do your best.

“A fighter is someone who gets in the cage with someone and goes one-on-one and gets their ass beat.