You can win an Interior Alaska hobby farm with an essay and $1,000 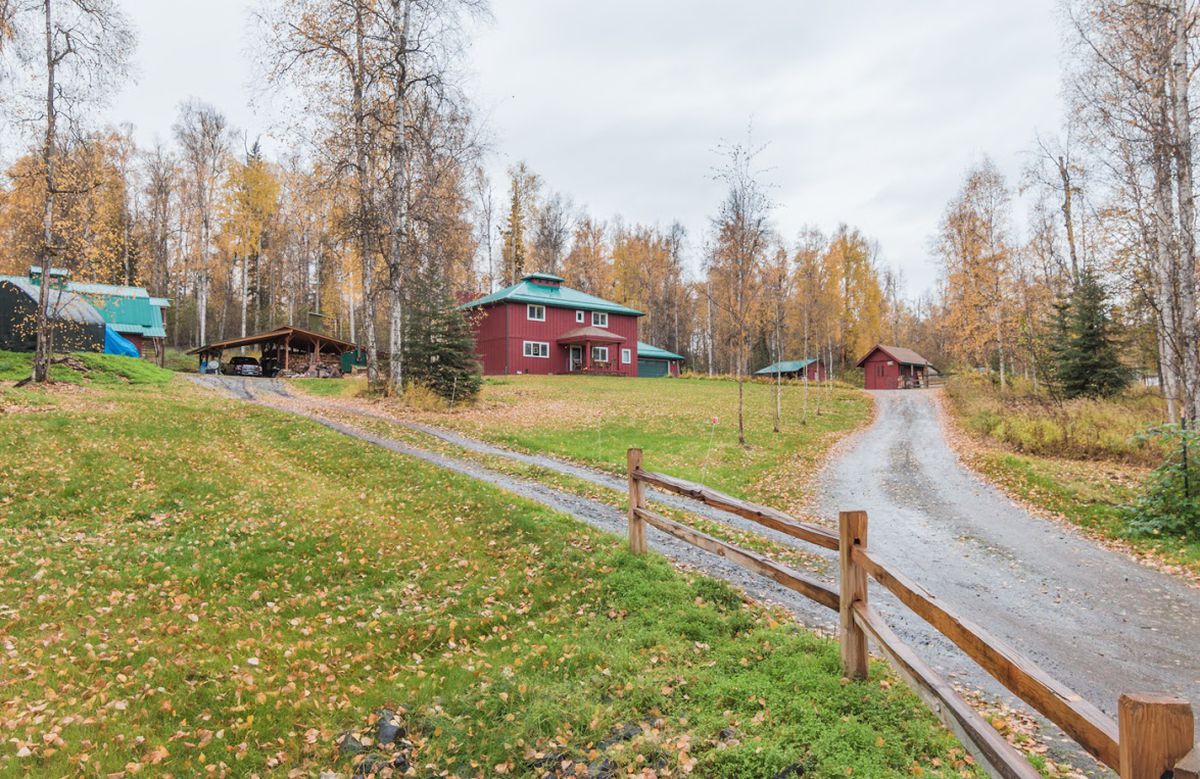 The Top of the Hill Farm near Fairbanks. (Doug Lange)

The Top of the Hill Farm near Fairbanks. (Doug Lange)

For almost 10 years, June and John Strothenke have been living on their small farm in Interior Alaska, raising goats, rabbits, chickens and cows. But now, it's time for a change.

A few months ago, the couple came to a sudden decision that, between health and job stresses, they needed to move on.

"Maybe it's time for us to spend a little more time with the family … and a little less on the farm," John Strothenke said.

So they're putting their home on the market, but with a twist. There will be no Realtor. Only an essay and a $1,000 entry fee. Write the winning essay, and the farm is yours.

It was June's idea, her husband said. Look around online, and you'll find stories of other properties put on the market via essay contest, she said. She didn't want to go the traditional route, with all the red tape of a typical sale. This seemed like a good option.

Now, anybody interested in the farm has a shot, if they can pay the fee and answer a simple prompt: "Why I would like to own a hobby farm in Fairbanks, Alaska."

The couple says they've put a lot of work into the 5-acre property off Chena Hot Springs Road, northwest of the center of Fairbanks. They just put in new windows. John Strothenke said he'll continue renovating the house as though they weren't leaving.

Wanting a healthier, sustainable lifestyle, they moved into the property in 2008. They started the farm with chickens, and it expanded from there. Eventually, most of their food came from the land.

"We were doing eggs, milk, cheese, yogurt, butter, honey, meat of all different varieties, everything that comes from the ground and garden," John Strothenke listed off.

In the property description, they describe a four-bedroom home, a two-story barn, and large woodshed and carport, as well as other sheds used for livestock.

There's no mortgage on the property, and annual property taxes are around $5,000, they write.

The couple figures they need about 370 essays to make the contest financially viable. They will allow only 420 entries total — so the odds of winning are relatively good, they said.

For entry advice, June Strothenke said people should "thoughtfully (put) their heart in their essay. Because I think that's what's going to stand out to us as the initial judges."

The pair will choose the top 20 essays. As for the winner, that will be decided by three judges who have not yet been chosen.

"I would love for, you know, somebody, maybe a younger person who's got a small family," to own the farm, John Strothenke said.

First National Bank Alaska is handling the entries and money. The bank will send the essays to the couple, with all names removed, so that each one is anonymous. On Thursday, the couple wasn't sure if any entries were submitted yet.

If it goes well, they'll make back the cost of the house and some profit, John Strothenke said. If the essay contest doesn't pan out, they'll sell conventionally and all entry fees will be returned, they said.

Contest entries need to be postmarked by Dec. 31, they write in their rules section.

The couple hopes to retire to upstate New York, where they are both originally from, and where family now lives. Both said they never thought they'd leave Alaska.

They have no regrets coming here, John Strothenke said. But he said he might regret leaving.