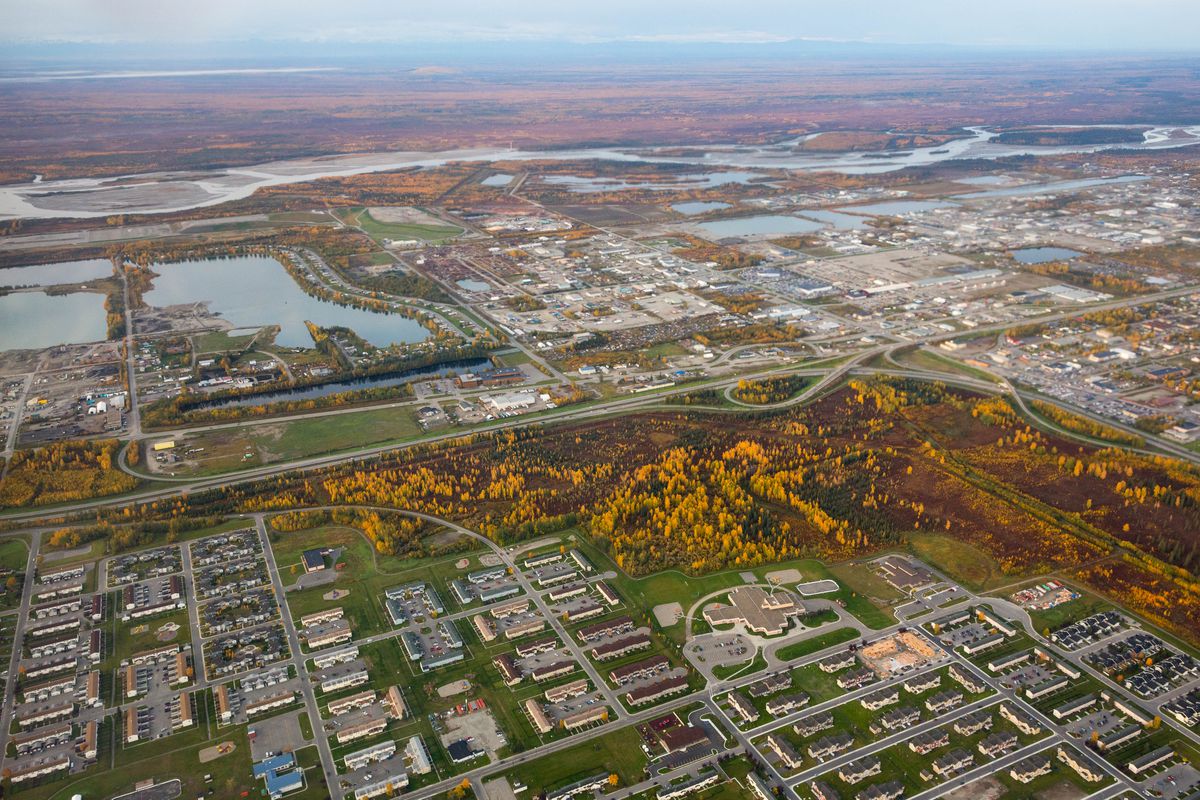 Alaska has made little progress in recent years on problems with overcrowded, expensive, poorly built housing, according to a report from the state housing authority.

Housing construction is moving at too slow a pace to meet future demand, particularly for seniors, according to the statewide assessment commissioned by the Alaska Housing Finance Corp., released last month and authored by the Fairbanks-based Cold Climate Housing Research Center. The state should nearly double the number of housing units being built each year to curb overcrowding and match demand within the next decade, the report says.

The problems cited in the report mirror those brought up in a similar report in 2014. The housing assessments, released every few years, offer a detailed snapshot of housing at the state, regional and community level. The authors used information from the U.S. Census Bureau's American Community Survey, as well as professional energy audits conducted on about 30 percent of Alaska's occupied housing.

Much of the report is grim. But there were bright spots. State-run programs retrofitted several thousand more homes to improve energy efficiency, helping ease high costs, according to the report.

"As far as overcrowding and affordability, not much has changed at all," said Jimmy Ord, research and development manager for Alaska Housing Finance Authority. "The area we did see a reduction, that I think is worthy of note, is in the energy-efficiency realm."

While the report doesn't offer specific solutions or policy goals, it helps policymakers and program managers decide where to focus their energy, Ord said.

Through cycles of boom-and-bust building, Alaska has long contended with poor quality in housing stock. In rural areas made up of networks of villages, people crowd into homes that are too small for the number of tenants. Overcrowding in Alaska has been stuck at twice the national average for years, and the AHFC report characterizes it as a way to avoid homelessness.

A federal housing study found that Alaska had the worst physical housing conditions of all the tribal areas surveyed nationally. Alaska's harsh, cold climate wears down buildings faster than in the Lower 48, and many homes have not been upgraded since being built in the 1970s and '80s. In Kodiak, more than half the homes were built before 1980, according to the AHFC report.

People who live in urban areas, like Fairbanks and Anchorage, contend with high rents and home prices. In the Interior, high energy costs contributed to rents that are more than many can comfortably afford.

There are also new challenges, particularly the rapidly growing demand for housing for Alaskans older than 65, a booming demographic group. Demand for senior facilities will double in the next dozen years, requiring more than 300 beds to be added annually. The region that includes Seward, Whittier, Valdez and Cordova is expected to see particularly rapid growth in its senior population, with predictions of working-age adults declining more than in any other area. In many areas, independent-living or assisted-living facilities for seniors are few or nonexistent.

The fast-growing Matanuska-Susitna Borough boasts the state's highest rate of housing construction. But wages have lagged behind rent prices, the report says. Similarly, in Anchorage, Fairbanks and cities in Southeast, more than one-third of households pay 30 percent or more of household income for housing.

Housing in Fairbanks is more efficient than in many areas of the state, the report says. But residents have high energy costs. The average household spends more than $5,200 a year for a single-family home.

That's in part because of high fuel costs and the cold climate. Many homes were built before 1980, which adds to the expense, according to the report.

At the same time, Fairbanks has had a healthy pace of housing construction, the report says. As of 2015, Fairbanks had the highest rental vacancy in the state. The only possible gap may come around Eielson Air Force Base, when F-35A fighter jets are stationed there.

Rather than a shortfall in the number of homes, it's inefficiency that makes it hard for renters and homeowners to afford living there, according to the AHFC report. Fairbanks has the highest percentage in the state of people who pay more than one-third of their income toward housing, and cabins without indoor plumbing or running water are common.

Lower-income regions don't necessarily have the same cost burdens, according to the report. The Hooper Bay region, on the coast of Southwest Alaska, has the state's highest unemployment and among the highest rates of poverty.

But the region offers some of the state's most affordable housing, which the report said may be due to subsidized rents and low-income heating assistance.

The number of people crowded into homes, long a feature of housing conditions in rural Alaska, is the region's most pressing challenge. Overcrowding counts as more than one person sleeping in a room, a federal definition based on the point where health and childhood education begin to suffer, according to the AHFC report.

Homes in Southwest Alaska tend to be smaller on average — less than 1,000 square feet — than homes in more urban areas. There's also far less energy consumption than in Anchorage or Fairbanks, where the average home is about 2,000 square feet.

There are high costs to build in rural Alaska, often beyond what rural residents can afford to pay.

Contractors don't even build in the regions, leaving it to housing authorities that rely on state and federal funding. The slow pace of government funding means that housing construction does not keep up with demand.

Even if housing was available, the high cost of fuel and rent has led extended families to share space. By the AHFC report's count, there are roughly 800 overcrowded housing units in Northwest Alaska and 2,500 in Southwest. The rate of overcrowding in the Hooper Bay region is more than 16 times the national average, according to the report.

Outlying communities had even higher rates — 26 times the national average, the report estimated.

Observed in tribal housing nationally, overcrowding is a symptom of homelessness, the AHFC report says. Tribal cultures support taking in family or community members who need a place to stay.

Many people interviewed for a federal housing survey, including a number of Alaskans, said household members were there because they had nowhere else to go, and very few would ask them to leave.

But those extra people would move into their own homes if they could, they reported.