This photo shows the sad end to a beloved Alaska ferry 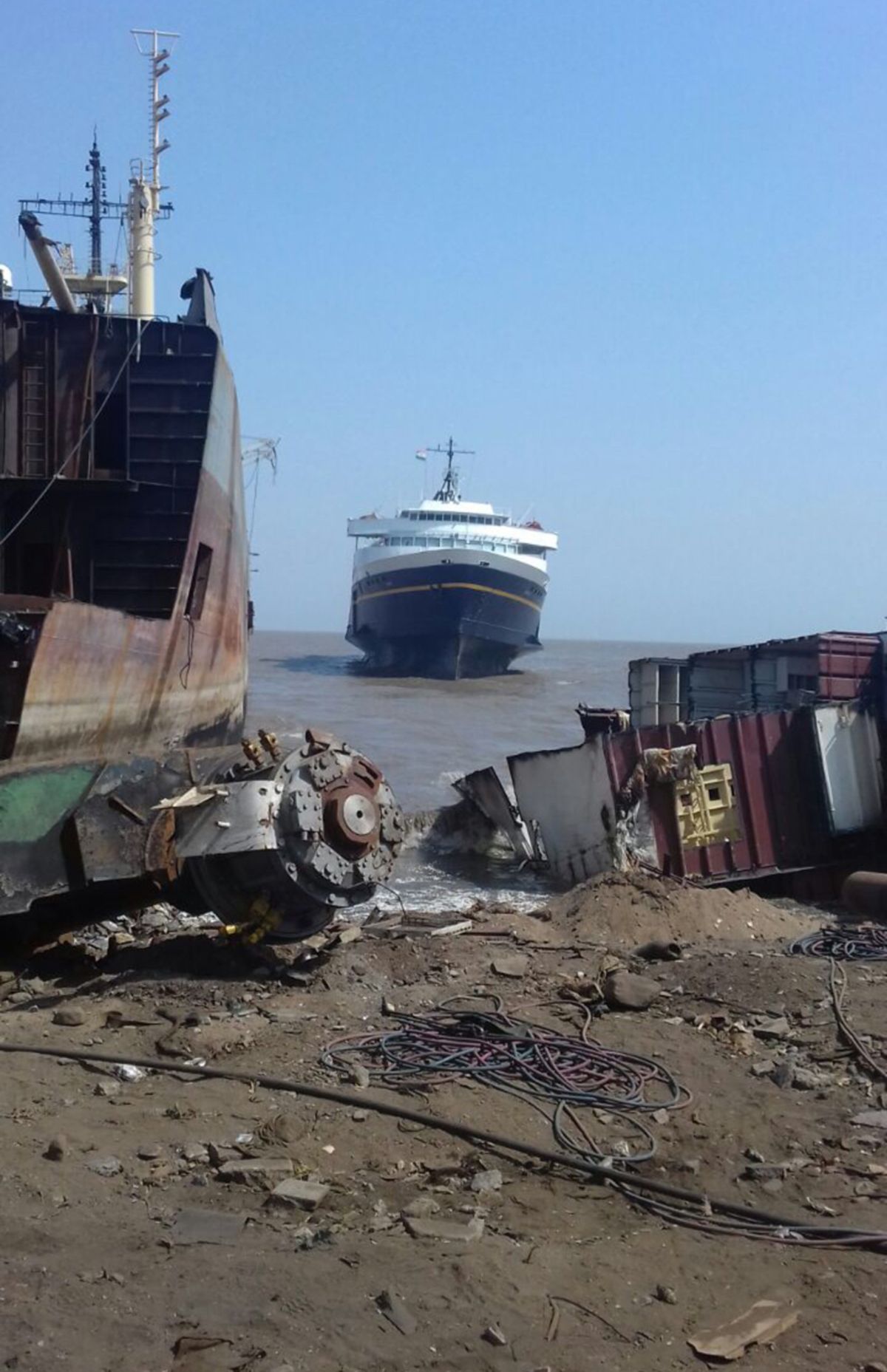 The M/V Taku plied the waters of Southeast Alaska as a state ferry for more than a half-century, sailing hundreds of miles of the Inside Passage between Skagway and Prince Rupert, British Columbia.

Now, after a final sailing across the Pacific Ocean, the ship has arrived in Alang, India, where it's being dismantled for scrap and recycling.

The Dubai-based Jabal Al Lawz Trading Est., which bought the Taku from the state earlier this year, couldn't find a customer, according to Ben Evans, an official with the company. The ship arrived in Alang on April 21 after a 36-day trip from Alaska, mostly running on one engine to preserve fuel, Evans said in an email.

"We tried very hard to find her a new trade, but the age put buyers off," he said. "Despite the age, she was a fantastic ship and everything was working perfectly throughout the voyage."

The Alaska Department of Transportation sold the Taku to Evans' company in January for $171,000, after deciding the ship was no longer needed for the state ferry system. The system's captain, John Falvey, called the sale "bittersweet," saying it was hard to see the departure of the "beloved ship."

The familiar blue-and-white vessel was a mainstay in Southeast Alaska for decades; it carried countless rural residents to their hometowns, along with cargo carts stuffed with groceries and gifts. Travelers whiled away afternoons in the cafeteria or watched for whales as kids played arcade games and slept among reclining chairs.

The 352-foot Taku was built in 1963. A photo that Evans took of the ship sitting on the beach in Alang, India, was posted on online news site, Reddit, prompting a series of commenters to chime in with fond memories.

"All the overnight trips in high school sleeping on the floor of the observation deck," wrote one commenter, CadLev. "RIP Taku."