Photos: Livestock competition draws kids to the ring at the Alaska State Fair 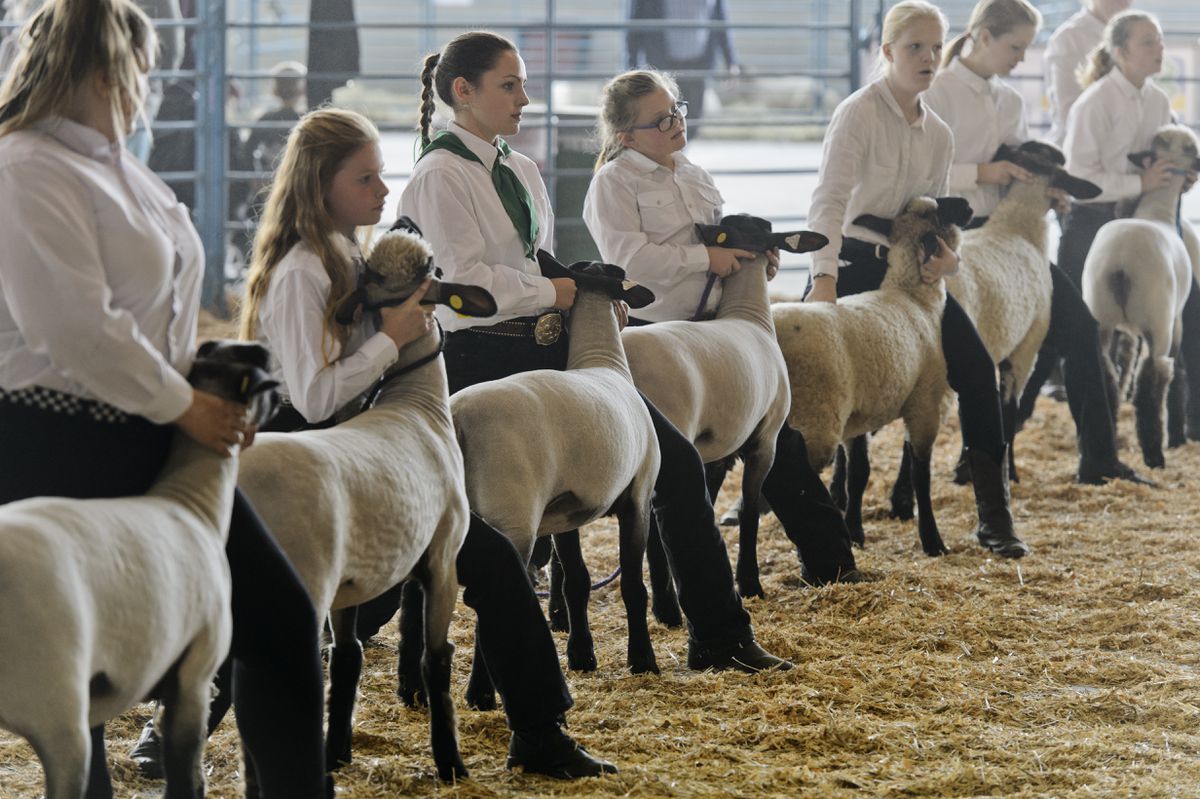 Sheep are presented to the judge. (Marc Lester / ADN)

Sheep are presented to the judge. (Marc Lester / ADN)

Kids presented their livestock in the Alaska State Fair barn during the 4H breeding competition on Thursday. It was the second of three days of 4H livestock competition, which involves more than 80 kids from third to 12th grade. Lee Hecimovich, the 4H youth development agent for the Mat-Su / Copper River district, said it’s a special moment for the participants. “This is kind of the culmination event for their animals,” Hecimovich said. “And whether they’re auctioning (them) or not, it’s still exciting to see them in the ring and see how they placed.”

Thursday’s breeding competition included goats, sheep, swine and cattle. Callista Whitlatch, of Palmer, said she bottle-raised her pig, which is now 315 pounds. “I love the excitement of competing, but also agriculture,” she said.

Her mother, Bethony Whitlatch, said the 4H program has other benefits too. She has encouraged all of her eight kids to be involved, she said.

“It keeps them off of internet and iPad so much,” she said. “They learn hard skills.”