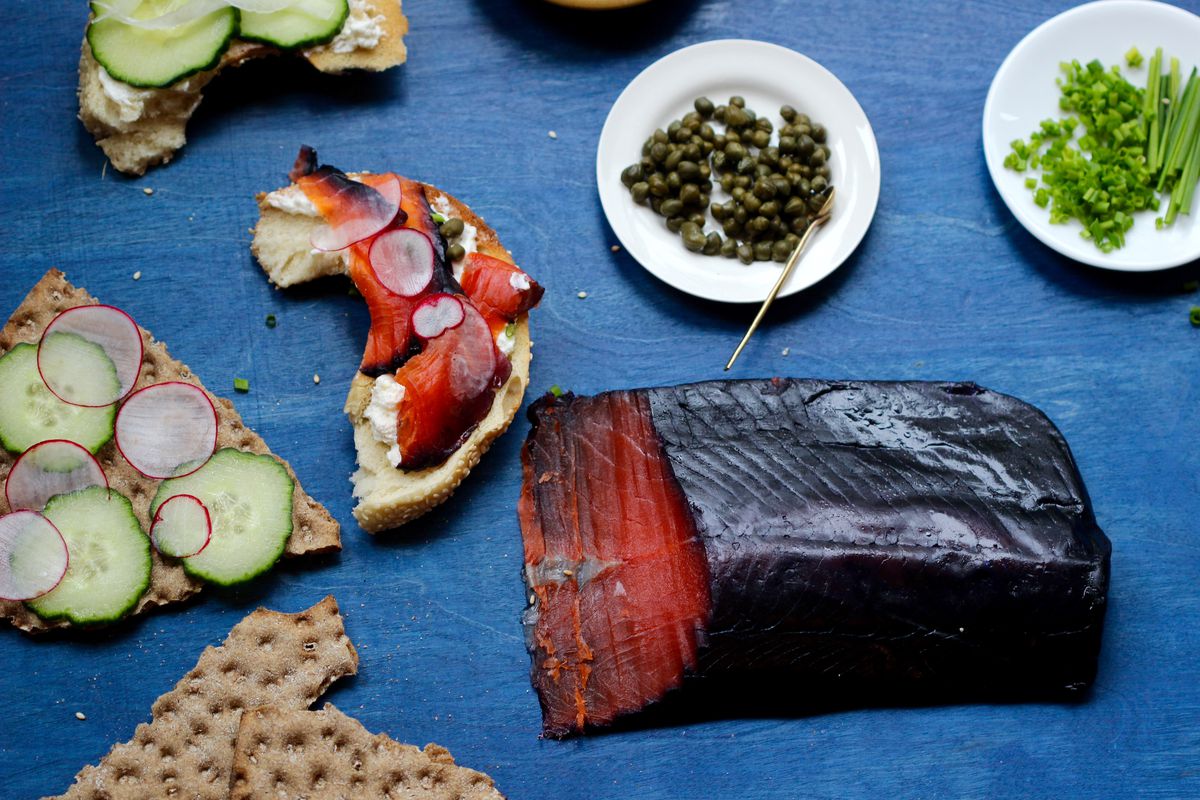 When I first mentioned to some Alaska friends that I was heading to Cordova for the first time, the oohs and ahhs were unanimous. "It's a very special place," one lifelong Alaskan assured me. "Magical," another sighed. Coming from Alaskans who already live in a stunningly beautiful part of the world, I was definitely intrigued.

With several writers from around the country, I drove across the Copper River Delta and toward Childs Glacier and we were all momentarily hushed by the majestic beauty of our surroundings, including the mudflats and marshes; bald eagles, seabirds and trumpeter swans all appeared as if on cue. We had come for the wild Copper River salmon and to fish in Prince William Sound, but were treated to nature's own private show, including one of the most spectacular offerings — chunks of ice calving off the glacier and crashing into the water.

Tasting wild salmon fresh from the water, we didn't think it could get any better. But then we met the gillnetters, a diverse community of fishermen, many whose families have been in the area for decades, including Tony Hoover, an artist-fisherman and the son of one of Alaska's most revered artists, John Hoover. On the slick docks, we watched 84-year-old Jim Webber, who has been fishing here since he was just 11 years old, expertly fillet his catch of the day. We had drinks with Curly, a potter and gentleman, who first came to the area in 1968 for a funeral held in a bar and who has been fishing and telling tales ever since. And the delightful Thea Thomas, one of 12 women (out of 541 gillnetters) actively commercially fishing in the area.

Aside from the wild salmon, what do these families eat? I wanted to know. A dinner at the local Pioneer Igloo Hall proved to be a cornucopia — not just the delicious Thai seafood curry and sockeye salmon poke but the conversation with artists and poets and potters, all gillnetters during the commercial fishing season. Many are avid cooks and happily shared their favorite ways to eat the local bounty.

Some standouts include this recipe by Diane Wiese, a Seattle-born Cordova resident since 1976. Like many Alaskans, Wiese is an avid wild food forager as well as a hunter, fisher, gardener and artist. The original recipe, which did not include blueberries or cilantro, was from a Scandinavian woman Wiese met in Seattle's Ballard neighborhood in the early 1980s.

"She sold the most beautiful lox with a deep red outside layer," Wiese says. "But the color was from annatto seed. Back in those days, I didn't have a source for annatto but I had plenty of foraged wild blueberries I used to dye materials for making baskets. So I tried it, and it made the perfect dark-purple edge for the salmon."

Wiese also makes a true cold-smoked salmon, but she says you have to have the perfect weather and temperature, so a quick method to replicate the flavor is to add a bit of liquid smoke to the curing mixture. You can substitute frozen blueberries, but make sure to thaw and drain thoroughly any excess liquid.

Her cured salmon, colored and flavored by wild local blueberries, is a family favorite as a substitute for Canadian bacon on eggs Benedict. While in Cordova, we enjoyed the slices on toasted bagels with caper and onion, tossed into a frittata and on a larger platter with cheeses and crudités for snacking.

Surprisingly of all the people I spoke with and who offered recipes, no one said they ever got tired of eating salmon. Never? I asked, a bit skeptical.

"Well, sometimes we do crave a good grass-fed steak!"

(This recipe is kindly shared by Diane Wiese of Cordova)

Serve in place of Canadian bacon for a twist on eggs Benedict on sliced bagels with cream cheese dusted with a bit of cayenne pepper, thinly shaved onion and capers, or on a dark Swedish rye with honey mustard sauce and a sprig of fresh dill. Make sure to carefully remove the skin and pin bones. (Here's a quick tutorial on removing skin and pin bones as well as a recipe for great a salmon burger by award-winning author Diane Morgan.)

In a food processor fitted with blade, combine salt, sugar, liquid smoke, blueberries and fresh herbs together; pulse until blended. Pour in half of the blueberry mixture into the lined dish. Place salmon fillet on top, making sure the blueberry mixture is evenly spread across the bottom of fillet. Top with remaining blueberry mixture, making sure to spread mixture evenly over top. Wrap tightly with plastic wrap. Place heavy foil-wrapped bricks or plate on top of wrapped salmon. Place in baking dish and refrigerate for 24 to 36 hours, turning fillet over every eight to 12 hours.

Carefully remove fillet from pan, discarding any liquid. Remove plastic wrap from fillet and wipe off any of the mixture that might stick to the fillet. Rinse gently under cold water; pat dry with paper towels. Cut on the bias into thin slices, wiping knife blade off on a cold towel between slices. Store any leftover salmon in plastic wrap in the refrigerator for up to one week.

Kim Sunée is the bestselling author of "Trail of Crumbs: Hunger, Love, and the Search for Home" (Grand Central) and "A Mouthful of Stars" (Andrews McMeel). She lives in Anchorage. For more food and travel and images from Cordova, visit Instagram.com/kimsunee or kimsunee.com.

Salmon goes to Baja with this taco salad

This recipe has been updated with instructions to place a weight on the salmon as it cures in the refrigerator.

Kim Sunée is a bestselling author ("Trail of Crumbs: Hunger, Love, and the Search for Home," "A Mouthful of Stars," "Everyday Korean: Fresh, Modern Recipes for Home Cooks") and a former magazine food editor. She's based in Anchorage. For more food and travel: instagram.com/kimsunee