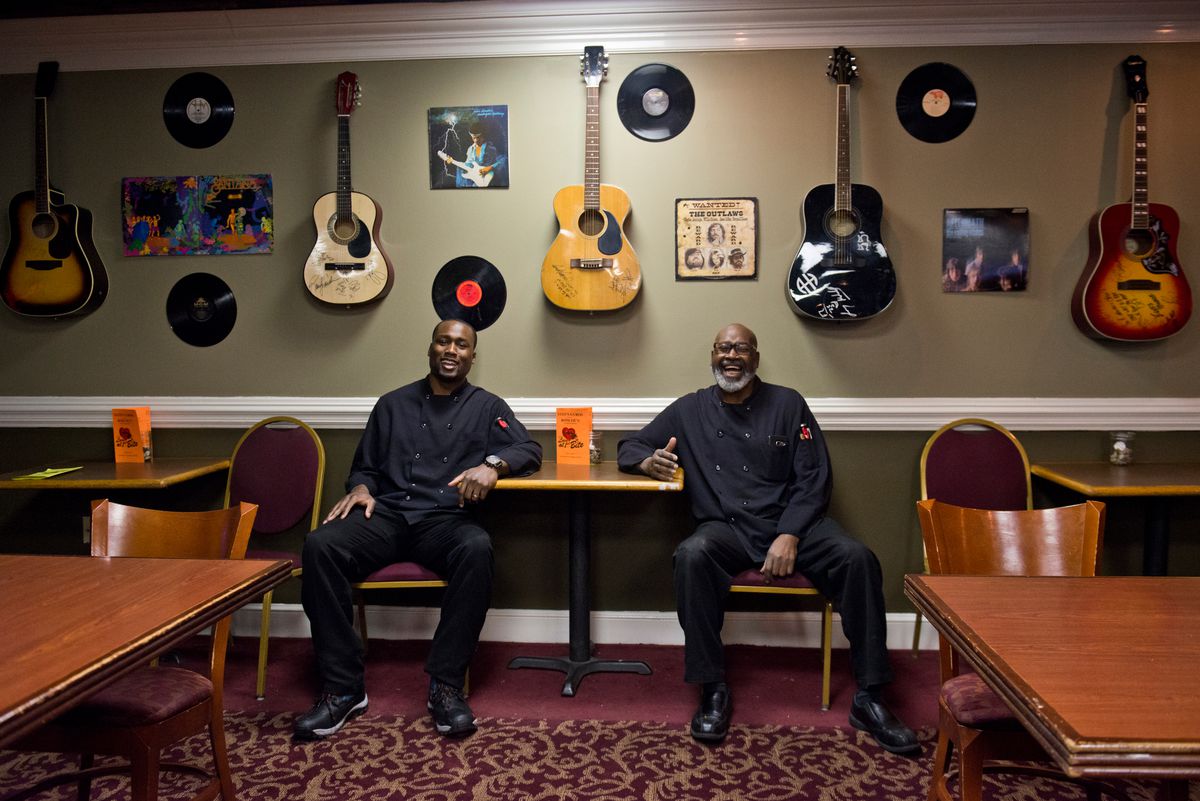 After a long-dormant period, Roscoe's is back. And now its owners are doubling down.

Roscoe Wyche III and his son, Roscoe "Roc" Wyche IV, quietly reopened their popular Southern soul food restaurant in October 2014, when they took over the Sixth Avenue location where Tito's Gyros used to be.

Now the two will add another location just blocks away, when the Anchorage City Limits Music Lounge featuring Roscoe's "Food for the Soul" has its soft opening in January.

Roscoe's name was synonymous in Anchorage with soul food for decades. Wyche III opened the original restaurant with his father, Roscoe Wyche Jr., in Government Hill in 1988. Located just outside what is now Joint Base Elmendorf-Richardson, the location was a popular gathering spot, especially for the African-American community, until it burned down in 1997. The restaurant later moved to The Mall at Sears in Midtown and then, in 2002, moved again to the Northway Mall.

Today, Wyche III works on the new restaurants with son Roc, 24. The younger Roscoe owns and operates the Sixth Avenue location while the elder manages the location on A Street. Wyche's daughter, Marquita, also helps out as a dessert chef.

The elder Wyche, 56, said his current role is serving as mentor to his son.

"I'm passing the torch, just like my dad did for me," Wyche said. "To make sure things go right."

The new locations mark a comeback for the elder Wyche after he closed down the Northway Mall restaurant in 2007.

That location struggled to stay open. Wyche said he had problems retaining employees. It caused him stress. He said he became a "disgruntled employer."

So Wyche got out of restaurants, only maintaining a booth at the Alaska State Fair. He left and moved to Hawaii for a period while his son attended college in Connecticut.

Eventually, father and son found their way back to Alaska, and the elder Wyche started looking for new locations for a restaurant. Along the way, he worked a series of odd jobs — as a cook on the North Slope, in direct sales for GCI and at Continental Subaru. But he always wanted to get back in his own kitchen.

"It's my passion and what I love to do," Wyche said.

In the new location, gyros are still on the menu, though Wyche has added his own version with barbecue sauce, pulled pork and coleslaw.

But, just like at the old locations, pictures line the wall of all the famous people the Wyches have fed over the years.

There are The Temptations and George Clinton. Toni Braxton, Famous Amos (of the famous cookies), Danny Glover and Chris Rock. There's a small shrine to Rosa Parks, including pictures of when she visited the restaurant in the 1990s. There were backstage catering gigs for Snoop Dogg and MC Hammer. Wyche is proud to say his mother, Carol, made banana pudding for the "U Can't Touch This" rapper.

"If I told someone I fed all these people, they wouldn't believe me," Wyche said in his restaurant Wednesday. "So I keep the pictures up."

Some of the pictures will be moving several blocks across downtown when Wyche and his son open their second location, which will serve up the Southern soul food but with a little more. Wyche is expanding the menu, adding a range of comfort foods, a lunch buffet and full bar. Music, a passion of Wyche's, will be prominent, with live bands planned for every day of the week.

The "ocean view" room Wyche plans to serve lunch buffet in looks out over Knik Arm and the Port of Anchorage.

Randy Comer, owner of the Aviator Hotel Anchorage, where the new restaurant is located, said he's been eating Roscoe's food for years. He's from North Carolina and Southern-style food suits him.

He and his wife bought the hotel, formerly a Howard Johnson's, four years ago. Both love music and hope to make the lounge a popular venue.

The soft opening of the restaurant is set for January, with a tentatively scheduled grand opening around Anchorage Fur Rendezvous in February.