A cousin of the martini, the Alaska, strikes gold 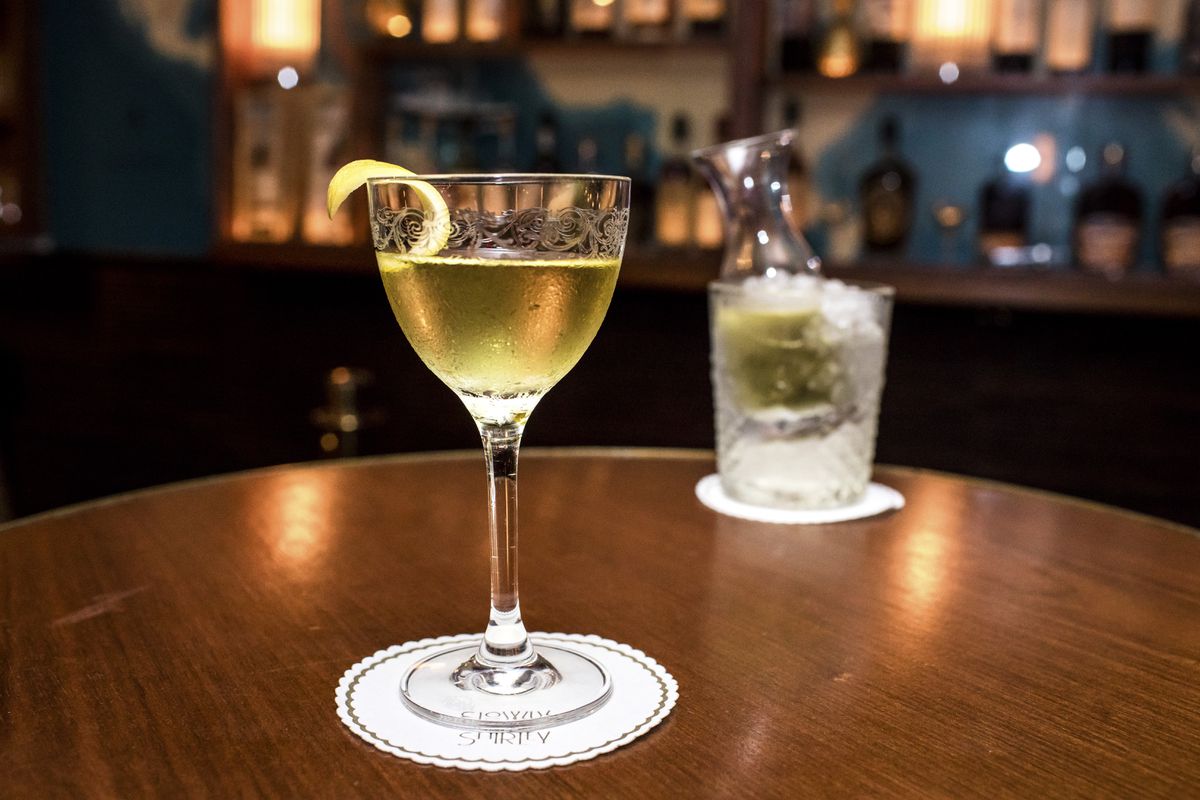 An Alaska at the bar Slowly Shirley in New York, April 4, 2018. The Alaska is a gin drink, like the martini, but instead of dry vermouth, it calls for yellow Chartreuse, the intensely herbal French liqueur, and sometimes orange bitters. (Stephen Speranza/The New York Times)

An Alaska at the bar Slowly Shirley in New York, April 4, 2018. The Alaska is a gin drink, like the martini, but instead of dry vermouth, it calls for yellow Chartreuse, the intensely herbal French liqueur, and sometimes orange bitters. (Stephen Speranza/The New York Times)

That second, uncertain feeling appears to be benefiting an old cocktail. The Alaska is a gin drink, like the martini, but instead of dry vermouth, it calls for yellow Chartreuse, the intensely herbal French liqueur, and sometimes orange bitters. Over the last year or so, it has shown up on bar menus in San Francisco, Chicago, Minneapolis, Houston, Boston and New York.

Each bar has found its own path to the drink. Thomas Waugh knew he wanted a martini-oriented cocktail list at the Bar inside the Grill, in the Seagram Building in Manhattan.

"I feel like, when you're putting a menu together, there's not a lot in the way of martini variations," said Waugh, the director of bar operations. "A lot of people look to the Alaska as one of the more approachable variations. It's just obscure enough, but not too obscure."

Paul McGee, the beverage director for the Land and Sea Dept. restaurant group in Chicago, thought the Alaska was a good fit for his subterranean cocktail bar, Golden Teardrops, which opened late last year. A classic martini variation seemed to go with the bar's dark, moody feel.

The Alaska is roughly a century old, first appearing in cocktail manuals in the 1910s. How the drink got its name is not known, but Alaska was a hot news topic then, becoming a U.S. territory in 1912. Also, the drink is golden, like the ore famously mined there during many rushes.

Never terribly renowned, the Alaska nonetheless became one of the "forgotten classics" celebrated by young cocktail bartenders in the early years of the recent cocktail revival. Its chief attractions were its two main ingredients, gin and yellow Chartreuse, liquors that the new generation of mixologists strenuously championed.

She did this two ways: by stocking more than 90 gins, and by mixing the spirit into a host of cocktails, both celebrated and less so, like the Alaska. "I think people sometimes think gin is useless unless it ends up in a martini or gin and tonic."

At the Office, the chef Grant Achatz's speakeasy adjacent to his experimental Aviary bars in Chicago and New York, the drink is served as it might have been in decades past. Both Offices offer vintage cocktails, made with old spirits.

"It's fun to see how different bottles of yellow Chartreuse play differently, depending on how they aged over the years," said Micah Melton, the beverage director of the Aviary and the Office.

An important question is what gin to use. Though the drink is usually made with London Dry gin, the earliest known recipe, from 1913, calls for Old Tom gin, a sweeter form of the spirit that was popular in the 19th century, and has recently had a revival. Jim Kearns, an owner of Slowly Shirley in Greenwich Village, favors that version.

"Using Old Tom, the Alaska — which I'd always thought of as a nice, sharp, boozy variant of the martini — had a softness, harmony and complexity that was truly surprising," he said.

At Our Fathers, there may be one more reason people order the Alaska, and it has nothing to do with how it tastes. "It's the second cocktail on the list," Quigley said. "It's alphabetical."

In a mixing glass filled with ice, combine the gin, Chartreuse and bitters, and stir until chilled, about 30 seconds. Strain into a chilled cocktail glass. Squeeze the lemon twist over the drink's surface and drop it into the glass.