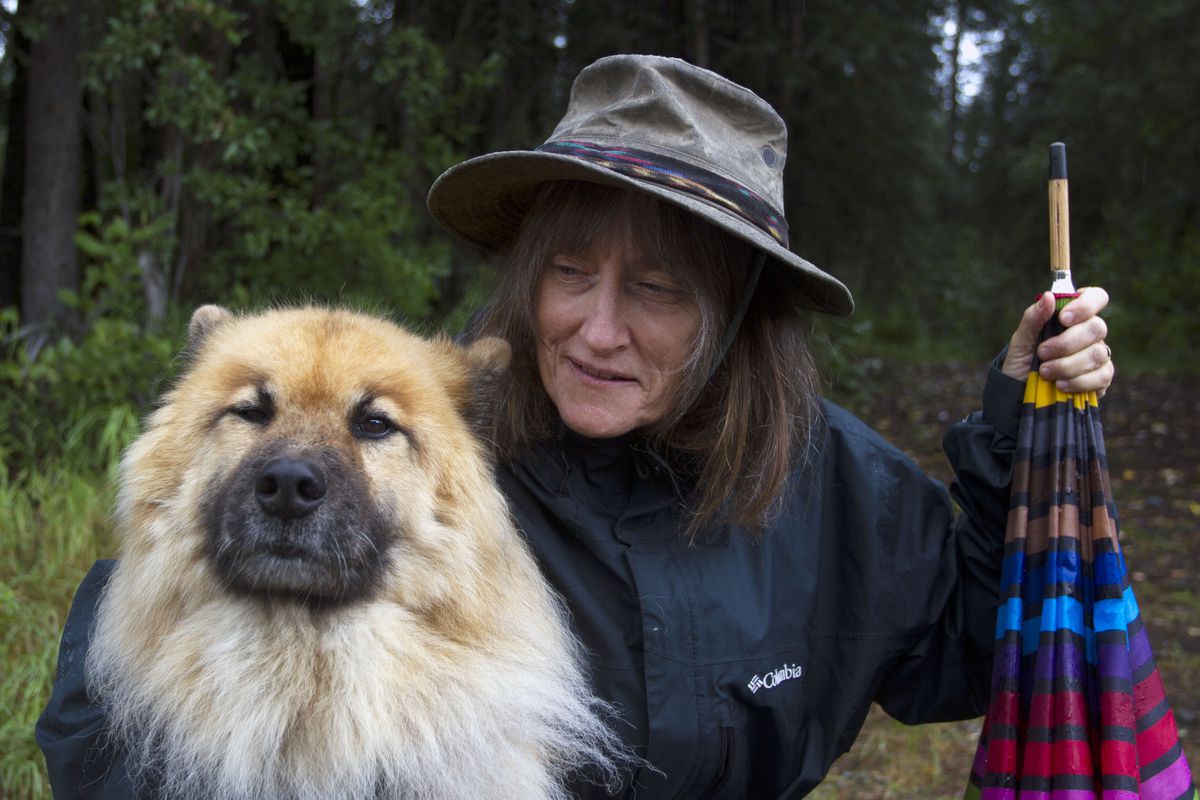 Holiday shopping is in full swing, and if you're still looking for gifts for youngsters, Alaska-themed books are a safe bet. Among those published in 2016, the following came to my attention.

For the youngest readers, "Clever Little Bird" (self-published, $17.99) comes from Anchorage author Betsy Hedstrand, with illustrations by Eagle River artist Chris Floyd. It's an Alaska wildlife story with the unusual twist of beginning in Kincaid Park. Auggie, an urban moose, is lonesome for his brother. A magpie named Maggie earns Auggie's trust by eating the bugs plaguing him. Maggie agrees to help Auggie find his brother, and the two set off through the streets of Anchorage and into the Chugach Mountains, encountering challenges and learning to help each other. It's a simple story with a good moral, and Floyd's artwork is lively and fun. Available at a variety of locations listed on the author's website.

After overcoming personal and medical setbacks, the beloved Alaska children's book author and illustrator Shannon Cartwright returns with "Alaska's Animals, You and I" (self published, $16.95).

[Julia O'Malley profiled Cartwright earlier this year in We Alaskans]

Written for preschoolers, this wildlife book forgoes the usual process of identifying animals by name, instead zeroing in on their anatomies and exploring the enormous range of physical differences between Alaska's sea, land and bird life. Thus we get examinations of eyes, ears, noses and feet, as well as backsides (face it, kids find tail-ends fascinating). The artwork is beautifully accurate without being overwhelmingly detailed, and the final page offers a lightly delivered ecological message placing northern animals in the context of the greater world.

Moving to chapter books for early readers, Roy Peratrovich Jr., son of the famed Tlingit civil rights activists Roy and Elizabeth Peratrovich, makes his authorial debut with "Little Whale" (Snowy Owl Books/University of Alaska Press, $16.95). It follows a 10-year-old boy named Kéet living in what is now Sitka in the last days before white people settled the region. Feeling that he isn't becoming a man quickly enough, he stows away on his father's canoe for a journey south with other men from his village to where Ketchikan is located today.

While the plot involves righting a wrong between clans, the real value of the book is its depiction of Tlingit life before Western ways were adapted. Diet, fishing practices, building methods, celebrations, family structures and the dangers of open-sea travel in canoes are all subtly woven into the story, along with a wee bit of magic and a few Tlingit words. It's a slice of Alaska for children just beginning to master reading.

Carole Estby Dagg lives in Washington state but her son owns a 1930s-era house in Palmer. This prompted her to learn the history of the Matanuska Valley farming town, resulting in "Sweet Home Alaska" (Nancy Paulsen Books/Penguin, $16.99), a work of historical fiction perfectly suited for middle school kids ready for more challenging fare.

An 11-year-old named Terpsichore Johnson, whose family has been swept into poverty by the Great Depression, is the heroine. In 1935 they leave their Wisconsin home as part of the New Deal program Franklin Roosevelt's administration established to move farmers to Alaska. Plenty of research went into this book, which offers insight into what it was like for impoverished Americans to pull up the stakes, endure a rough trip on an overcrowded ship north, and try to carve a community from scratch in newly opened territory known for its rain, mosquitoes and long winters.

The main plot involves Terpsichore coming to love her new surroundings, and how she and her siblings convince their mother that staying in Palmer is the right choice. Along the way she spends months in a tent camp, establishes a town library, watches other children succumb to measles, enjoys a visit from Will Rogers and grows an Alaska-sized pumpkin. It's a sweet story with real-life drama.

The big surprise is "Secondhand Summer" (Alaska Northwest Books, $12.99), a debut novel by Dan L. Walker, a lifelong Alaskan and former schoolteacher who lives near Seward. Set in 1965 and loosely based on Walker's own experiences, it tells of Sam Barger, a 14-year-old from Ninilchik whose fisherman and homesteading father dies, prompting his mother to move the family to Anchorage.

While innumerable Alaska novels — for kids and adults — follow characters from the city into the wilds, "Secondhand Summer" goes the reverse direction. Sam finds himself torn from a remote cabin overlooking Kachemak Bay and in a low-rent apartment on Government Hill. Unaccustomed to the city and largely unsupervised as his mother works long hours, he heads for the streets to figure out life on his own.

Sam falls in with some rough kids including Taylor, a bully and instigator, and Macek, a would-be tough guy with an inferiority complex that has him ping-ponging between lashing out at others and getting pushed around. Sam also meets Billy, a mostly good kid with a penchant for mischief, whose mother has left him in the care of his grandmother while his father is in Vietnam. The four boys start pushing their boundaries and, as the summer progresses, find their way into serious trouble.

Walker has written this in the first person and Sam's voice reminded me at times of the narrators in S.E. Hinton's classic stories of troubled adolescents such as "The Outsiders" and "Rumble Fish." While the gang activity Hinton focuses on is absent here, the sympathy for the struggles of kids on the wrong side of the tracks is similar. This well-plotted and believable story for teens will also appeal to adults and is one of the best novels I've read all year, northern-themed or otherwise.

Lots of other Alaska books for kids are on the market. Head for your nearest independent bookstore and support Alaska writers by giving such volumes to the kids on your list.