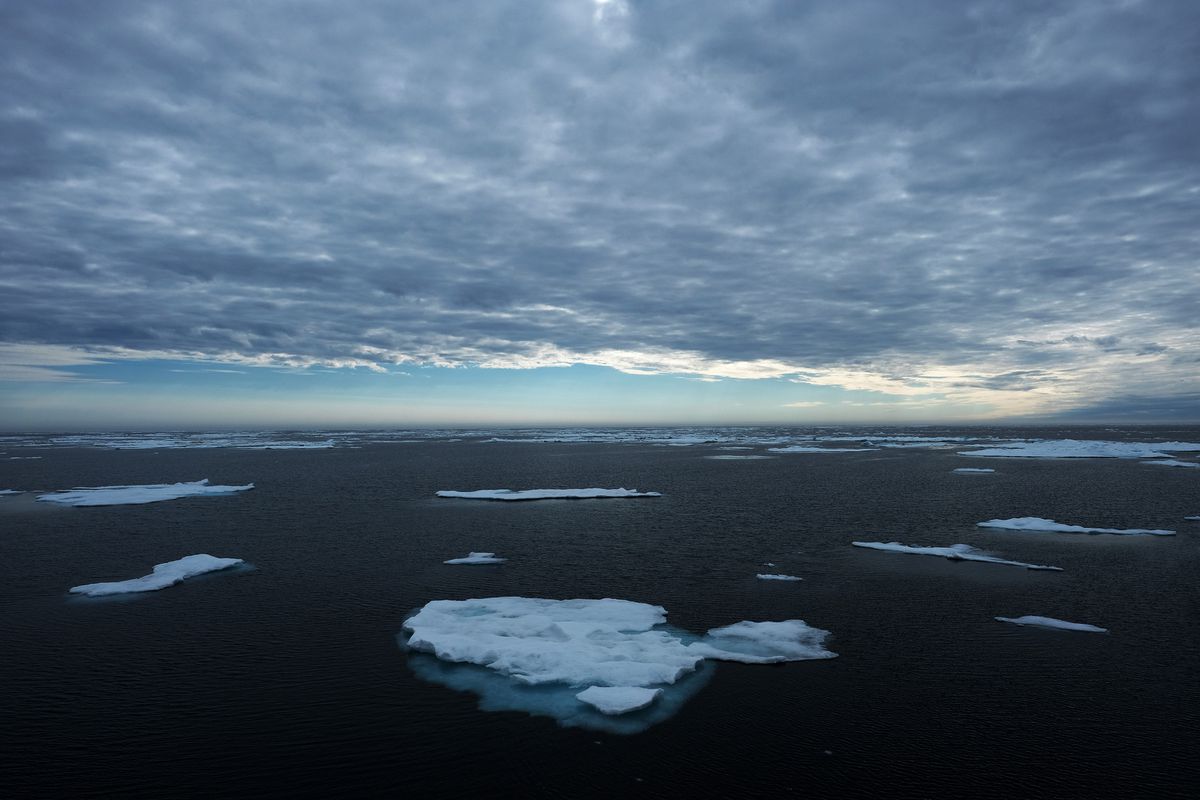 Adventures in the Arctic

"The door of adventure opens only to youth, and the eternal wonder of it is that so few pass through," writes Richard G. Montgomery in his introduction to "Adventures in the Arctic." "Only a handful follow the beckoning finger of pure adventure. Lorne Knight was one of those."

Knight was 21 and filled with Arctic dreams when he shipped out from Seattle in the spring of 1915 for what was supposed to be a single summer in the Arctic. It would be four and a half years before he returned.

Montgomery originally published Knight's account in 1932 under the title of "Pechuck." It's a minor classic of Arctic exploration literature recently issued as an e-book by Pathfinder Books. And while Montgomery took credit as author, his contribution, apart from the introductory notes, was to edit and present the story as a seamless narrative drawn from Knight's diaries. He did an outstanding job.

The Lorne Knight we meet in this narrative is filled with enthusiasm as he heads north. "After years of dreaming and planning, my chance had come and I was determined to make the most of it," he writes, sounding like any young person throwing caution to the wind for the first time and embarking into the unknown. "It wasn't easy to leave my family and friends and plunge into a country I had learned about solely from books and yarns. Still, it was only to be for a few months' whaling — at least, that's what I thought at the time — so, aside from a lump in my throat, I started out with a light heart."

Knight had been hired for the crew of the Polar Bear, a whaling ship that departed Seattle and sailed up the Inside Passage before veering toward the western coast of Alaska. In transit, the ship zigzagged between the Alaska and Russian sides of the Bering Sea, stopping in Native villages along the way. Knight was introduced to a way of life he would find himself learning about firsthand when he too began living off the land.

Once the ship slipped north of Point Barrow and into Canada's High Arctic the whaling commenced. Before long, the crew sighted a lone man running along the shore of Banks Island, trying to get their attention. This, it turns out, was Vilhjalmur Stefansson, the famed though controversial Arctic explorer who had been heading the Canadian Arctic Expedition. At that point, nothing had been heard from him or his men in two years and they were presumed lost and probably dead. Far from it — they had lived well while castaways, finding plenty to eat and do while awaiting a supply ship that never arrived.

This was where Knight's life took its unexpected turn. Although Knight was a greenhorn, Stefansson believed he showed promise and invited him to join the expedition, which was engaged in mapping and scientific research. Without pause, Knight said yes, and before he knew it, he was part of the most elite team then traversing the Arctic.

The bulk of Knight's account involves the next four years as he joined in travels by foot, dog sled and ship around the islands off Canada's Arctic coast. His stories are filled with self-effacing humor about his transition from novice to expert explorer. One of the first skills he acquired was handling a dog team, and his recounting of the steep learning curve required to establish himself as the alpha among an unruly collection of hounds is one of the funnier passages of this consistently entertaining book.

Knight had plenty of other experiences. Getting meat was needed for survival, and there were plenty of caribou and seal hunts, with only intermittent success.  At one point, meat ran out and the food rations were so poor that he and another team member contracted scurvy. Knight's personal description at what that condition can do to the human body is unnerving.

There were also winter camps, long travels by dog sled, brief voyages by ship and plenty of highs and lows. After two winters, the men attempted to retreat south in 1917, only to be iced in once more. Rather than mope, they set out exploring, and Knight joined a subset of them who decided to spend the summer of 1918 on an ice floe in the Beaufort Sea in order to track the currents, a decision that assured him of a fourth winter in the north once they came back ashore. It wasn't until the early spring of 1919 that he began his overland trek home across Canada, declaring that, "The stern tutelage of the Arctic had transformed me from a boy into a man. For four-and-a-half long years the North had been a stern and superior teacher. "

"Adventures in the Arctic" is a lot of fun to read, but it brings with it the morbid knowledge of Knight's subsequent fate. Stefansson lured him back north in 1921 as part of a horribly misguided attempt at colonizing Wrangel Island in what was by then the Soviet Arctic, and claiming it for Britain. A fiasco from the start (Britain had no interest in the island), it turned into one of the Arctic's most infamous disasters, with all four men involved dying while accomplishing nothing. Death by the scurvy he'd previously survived would be Knight's fate. Stefansson, who plotted but didn't participate in the Wrangel expedition, would be the literal death of a young man who revered him in his writings.

But here we're left with Knight's account of an earlier and more successful endeavor. Coming from the latter stages of Arctic exploration, when getting stuck for the winter was still a likelihood and death was a recurrent companion — two of Knight's fellow expedition members died along the way — it's a reminder of a time not so very long ago when surviving in the Arctic required skills gained in exploring. This is the story of one man who did just that.