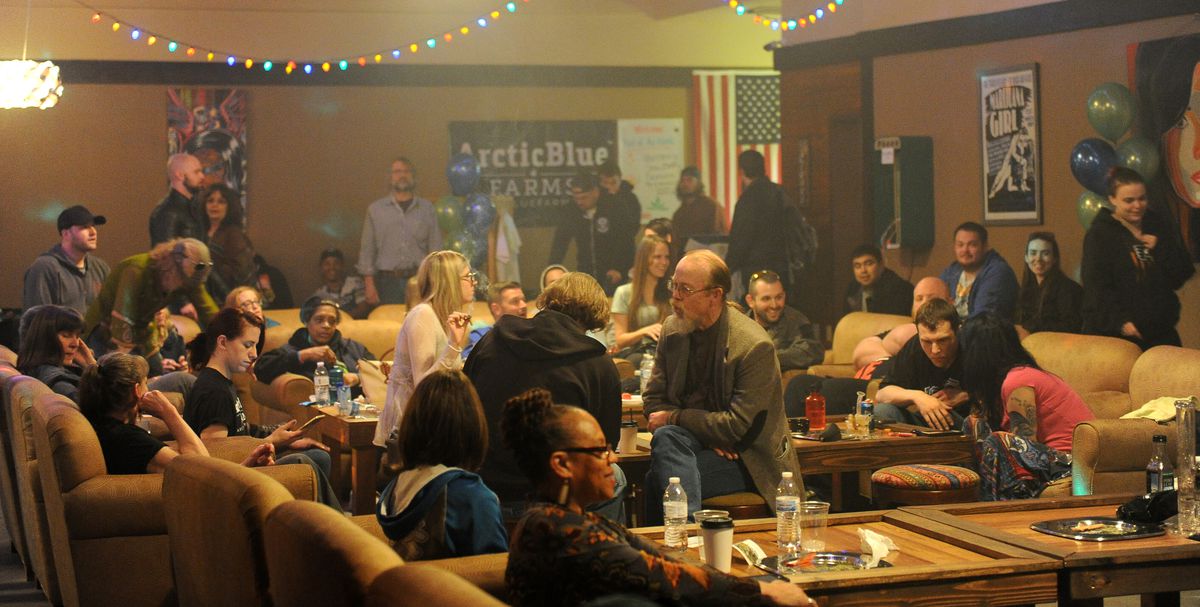 Alaska's attorney general has weighed in on whether or not marijuana social clubs – unlicensed venues where people consume cannabis, which sprang up in the aftermath of Alaska's vote to legalize marijuana  – are legal.

"The answer is no," Alaska Attorney General Jahna Lindemuth wrote in a Wednesday opinion.

The 14-page document is addressed to Chris Hladick, commissioner of the Department of Commerce, Community, and Economic Development, who requested the legal opinion.

"If that place is not a licensed retail marijuana store, consuming marijuana there is unlawful," Jahna Lindemuth, Alaska attorney general, wrote in the opinion.

After Alaska legalized recreational marijuana in 2014, social clubs popped up in Anchorage, on the Kenai Peninsula, Wasilla and Fairbanks, although some later shut down. People pay a membership fee and receive access to the space to smoke marijuana they've brought with them, though free samples are sometimes provided. Events are often held at the venues.

Pot Luck Events, a marijuana social club in Anchorage, spoke out against the opinion on Wednesday.

"We want to be in conformance with the law, however, this is still an opinion … it's not a statute at this point. We want to make that very clear," said Lee Haywood, with Pot Luck.

Under Alaska's 2014 initiative that legalized recreational marijuana, public consumption is illegal. The state defined "in public" to include businesses or a place to which "a substantial group of people has access."

Under those qualifications, the marijuana clubs are considered public and are thus illegal, Lindemuth wrote.

The "free samples" provided by clubs are also illegal, Lindemuth wrote. If the club is in possession of more than 1 ounce of marijuana, it would fall under personal-use limits and would be considered guilty of unlawful possession, the opinion says.

And businesses providing free samples may be guilty of delivering marijuana, given that one must pay an access fee to the site, and therefore they may be found transferring marijuana for payment – even if the marijuana is supplied by a third party, she wrote.

Haywood believes the opinion "changes public opinion more than anything else," and said he would be meeting with attorneys to form strategy that evening. He maintains Pot Luck does not sell marijuana, and charges for events, not free samples.

"Do I think the clubs should be shut down? No." said Cary Carrigan, executive director of the Alaska Marijuana Industry Association. "I don't think at the moment they are posing a problem but I understand that legally … they're outside the exact parameters of what the law states," he said.

"The law is pretty simple to read. Is anybody going to enforce it, I guess is a better question," he said.

Enforcement staff with the Alcohol and Marijuana Control Office will work with local law enforcement "to address illegal consumption," wrote Micaela Fowler, special assistant in the commerce commissioner's office, in a press release.

"Local governments may use their civil and injunctive powers to disallow the operation of illegal businesses in their cities and boroughs," Fowler wrote.

When asked whether the Anchorage Police Department has plans to pursue enforcement, spokesperson Jennifer Castro wrote, "Our job is to enforce the laws, so if folks are breaking them, then we would enforce the laws."

The state fine for public consumption is $100. After the Legislature passed a comprehensive crime bill this summer, most felonies for possessing or selling marijuana were repealed, and there are now only misdemeanor marijuana crimes, except for selling hash, or selling pot to minors. Questions regarding what other criminal penalties the clubs could face were not immediately answered Wednesday.

In July 2015, the state Alcohol and Marijuana Control Office issued cease and desist letters to three social clubs. The Marijuana Control Board later clarified it didn't have authority to enforce the clubs, but added language allowing enforcement officers within the control office to pursue unlicensed operations, as they can do with alcohol.

Still, as of May, Pot Luck Events in Anchorage was the only club still operating without a legal challenge.

Pot Luck's Haywood said the club has been open for 18 months, and there has been no enforcement taken against the club during that time.

"It's getting frustrating at this point. We're trying to provide a community service," Haywood said.

Upwards of 6,000 members belong to the club, Haywood said. "We're not public … it's not a space where anybody can just walk in off the street," he said.

The opinion applies only to marijuana social clubs that are unlicensed. Separately, the state is creating rules around on-site consumption areas, akin to a marijuana cafe or bar, which would exist within a licensed marijuana retail store.