Anchorage's first marijuana shop opens, with only plants for sale 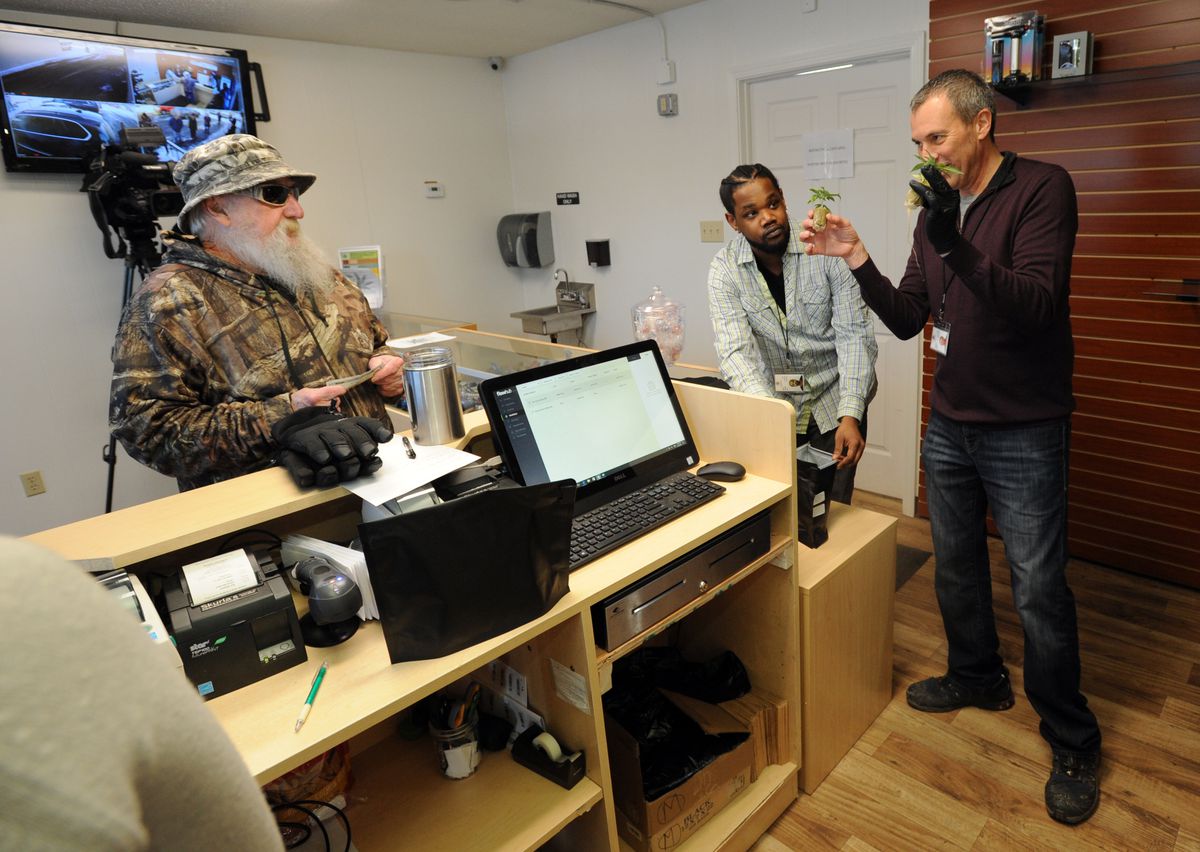 A small but steady stream of customers came to Arctic Herbery's opening Friday afternoon, Anchorage's first marijuana shop to open — even though the store was only selling cannabis plants, and no consumable marijuana.

Butch Gilmer was the first in line. "I showed up about 10:30," Gilmer said, sitting in his truck as he waited for the doors to open.

Owner Bryant Thorp had originally intended to open the shop in early November, but his city license was temporarily halted due to a media report that Thorp had given away free samples. That led to a violation notice with the state and an eventual fine from the municipality.

"Yesterday I was giddy, today I'm scared," Thorp said in the minutes leading up to opening.

Inside the shop, seven state and city licenses and permits were framed on one wall. On another, a large television screen showed different views from security cameras around the property.

An ATM — like all other Alaska marijuana shops, Arctic Herbery can only accept cash — was pushed up against a wall.

The glass cabinets were stocked with various paraphernalia — pipes, rolling papers, bongs. Marijuana fact sheets created by the state Department of Health and Social Services were displayed in one corner. The cannabis plants, a Northern Lights strain, sat behind the counter.

About six people waited outside. Gilmer walked in at noon, and said he'd like to buy as many immature plants, called clones, as he could. Thorp sold him six.

Thorp showed him the roots of the plants to show they were healthy.

Gilmer wanted to get clones so he could avoid paying hundreds of dollars for an ounce, he said. "It's outrageous," Gilmer said of commercial prices.

Gilmer, a disabled Vietnam veteran, moved up to Alaska from California two years ago, he said.

"It helps me with my PTSD," Gilmer said of marijuana. "I've been smoking for 50 years. It keeps me out of trouble cause I don't do any alcohol or any drugs," Gilmer said.

Thorp plans to have marijuana bud for sale next week, from Fairbanks grower Black Rapids. Another retailer, Alaska Fireweed, is aiming to open its downtown Anchorage shop next weekend.