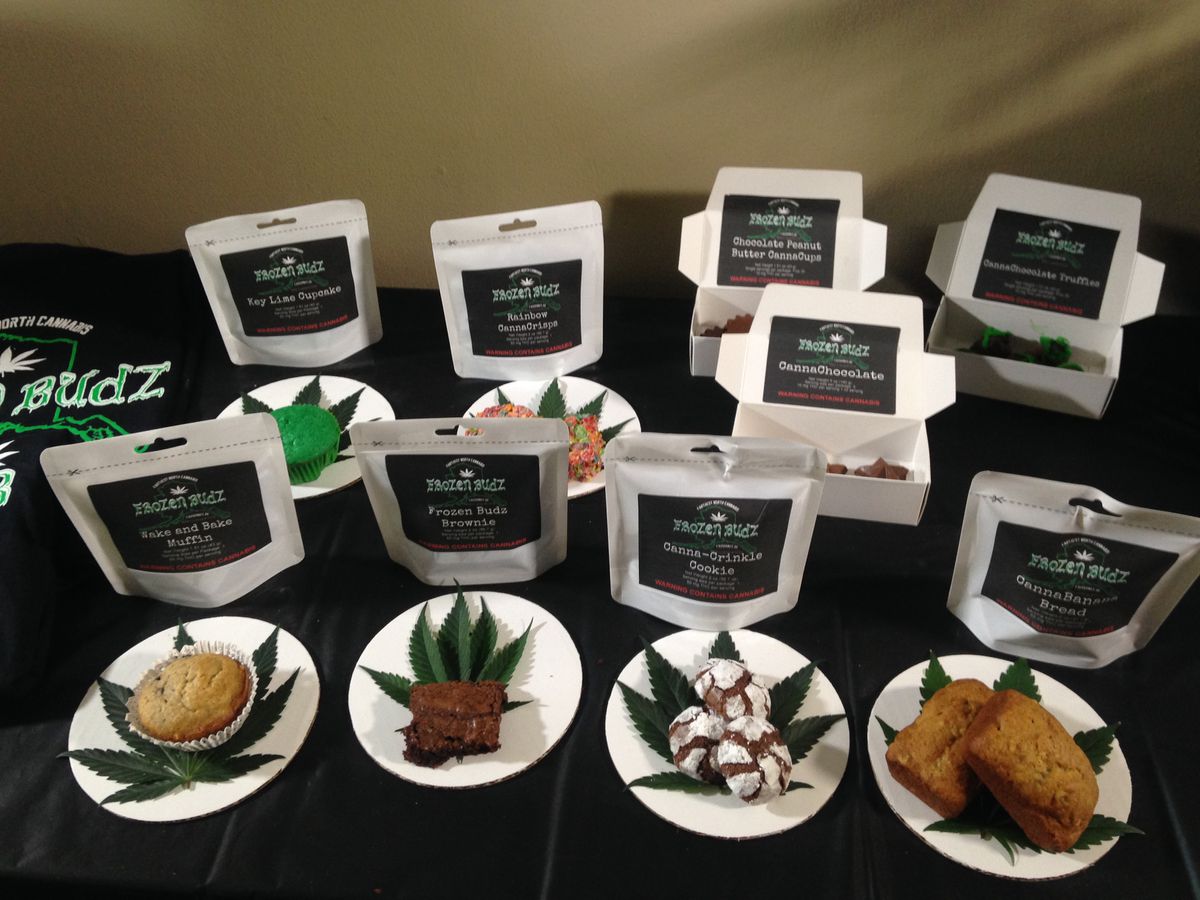 Frozen Budz products displayed at co-owner Destiny Neade’s Fairbanks home in May 2016. Some product names have since been changed. (Laurel Andrews / ADN file)

Frozen Budz products displayed at co-owner Destiny Neade’s Fairbanks home in May 2016. Some product names have since been changed. (Laurel Andrews / ADN file)

Frozen Budz, a Fairbanks-based marijuana edibles company, had its manufacturing license revoked Friday morning after the state board that oversees Alaska cannabis found the company sold tens of thousands of products that had not been tested, were moldy and had been made with untracked marijuana.

"The board found the acts of this licensee especially egregious," board chair Peter Mlynarik said in the statement. "The licensee disregarded marijuana industry regulations and put the public at significant risk by selling products that were not safe, tested, or tracked."

The board found that Frozen Budz had regularly sold pot-infused edibles — products like brownies, chai tea and banana bread — that had not been tested for potency, mold or other contaminants. The company made edibles without tracking the source of the marijuana, as required under state law, and made products that had not been approved by the board.

The company sold products that were moldy and contained amounts of THC two to three times higher than the limit, the board found. It also sold products directly to consumers, which is not allowed under Alaska cannabis rules, allowed "onsite consumption" and did not label its products properly, the statement said.

Co-owner Destiny Neade wrote in a text message that they were working on their options to appeal the decision. She previously said that the company had tested its products.

Interviews with three former Frozen Budz employees were among the evidence presented to the board.

Two of the former employees told investigators that the owners and other employees would routinely smoke marijuana and eat edibles on the site premises. Employees were also given free edibles, the employees said.

Once, an employee opened a bag of moldy marijuana, but was told by Neade to use it anyway to make edibles, investigators were told.

Another time, a batch of cannabis cookies came back with THC tests that were far too high, so Neade sold them in a "flash sale" at their store, another former employee said.

In another incident, Neade's mother-in-law used product from the store to make "marijuana truffle penis sculptures," investigators were told. The woman "spent the whole day on the premises making the sculptures and she took all of them with her," an employee said.

With its manufacturing license revoked, Frozen Budz will no longer be able to make and sell edibles to cannabis stores. The company still has a retail marijuana shop that operates under a separate license in an industrial part of Fairbanks.

But Frozen Budz's store is also facing separate accusations, according to Alcohol and Marijuana Control Office director Erika McConnell. McConnell alleges that the store knowingly sold marijuana products that had not been tested, and that they falsified records by selling more products than what was noted in each package, and then tweaking the computer inventory. The company sold around 13,000 edibles that were never tracked, according to a memo from McConnell to the board.

Frozen Budz has 15 days to request a hearing before the board, after which the board can act on the accusations, McConnell wrote in an email.

On Dec. 1, the company's manufacturing license was suspended as the Alcohol and Marijuana Control Office investigated a tip that Frozen Budz was selling edibles that exceeded the 5 milligram per serving THC limit set in Alaska law.

That investigation "kind of opened up this entire can of worms," McConnell, said at the time.

On Tuesday, a second release from the office said that the company sold more than 114,000 untested edibles, and that the board was reviewing accusations against the company.