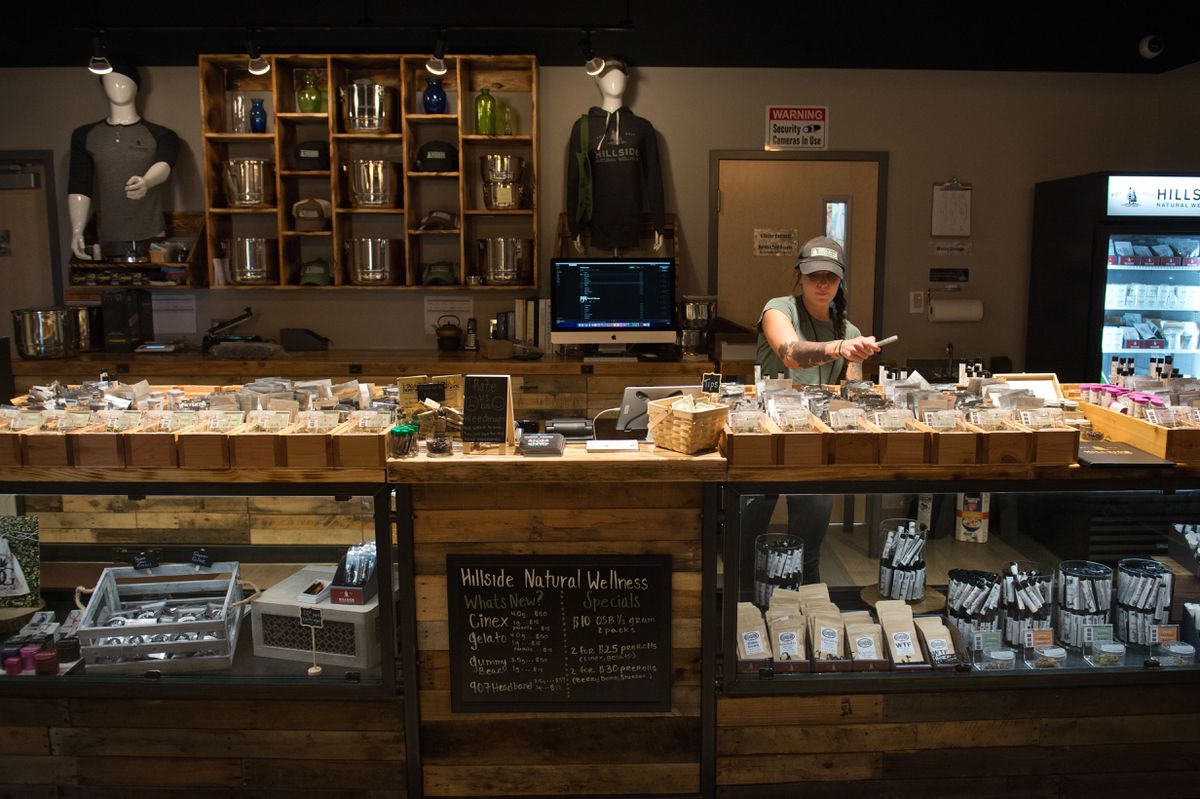 The Municipality of Anchorage is looking to bump up its marijuana sales tax, citing a "tremendous" amount of resources it has spent working with the city's fledgling cannabis industry.

Meanwhile, consumers have shelled out tens of millions of dollars on legal weed in Anchorage since stores opened in December 2016.

Alaska's largest city has a 5 percent cannabis sales tax in place. An ordinance introduced at the Anchorage Assembly meeting on Tuesday evening would increase that to 7 percent.

At its current rate, Anchorage's sales tax is expected to bring in $3.5 million this year.

If the 2 percent tax increase passes, an additional $1.4 million in revenue is expected each calendar year, according to the municipality.

A gram of legal marijuana averages around $18 in Anchorage, according to the municipality.

[Here's why the price of pot is dropping around Alaska]

Chris Schutte, director of Anchorage's Office of Economic and Community Development, said the city is requesting the tax increase for two reasons: City departments are spending more money working with the industry than anticipated, and the city has a limited time frame in which to raise taxes.

Schutte said various departments were spending "tremendous resources" to work with marijuana business applicants, some of whom are "brand-new entrepreneurs in a brand-new industry."

"We didn't realize that there would be a lot of (pre-application work) done with the industry … nor did we fully think through all of the things that have to occur after that's done," Schutte said.

More money from taxes would help recoup those costs, Schutte said. He said there are 22 pot shops paying taxes to the city.

[Before and after: How retail marijuana has changed storefronts across Anchorage]

The second factor is that the deadline to tweak the tax is July 1, Schutte said. After that, the city would need to wait two years to seek an increase in taxes.

In the next 14 months — from January 2017 to March 2018 — consumers spent $36.8 million at Anchorage pot shops, according to municipality data. The city collected $1.8 million in sales taxes for the same time frame.

In March, the most recent month for which data is available, the municipality collected $216,715 in sales taxes from roughly $4.3 million worth of marijuana products.

Since legal marijuana sales began in Alaska in Oct. 2016, consumers have spent upwards of $100 million at pot shops statewide, according to the Alcohol and Marijuana Control Office.

Marijuana attorney Jana Weltzin said some in the cannabis industry were disappointed by the municipality's decision to seek an increase in taxes.

"These companies are just now getting on their feet," Weltzin said.

Weltzin said a tax increase is a burden on businesses, as they still have to compete with black market marijuana.

The state of Alaska has a flat-rate excise tax of $50 per ounce of bud or flower, and $15 per ounce of trim (parts of the plant like leaves or stems). Growers pay the state tax.

[Marijuana taxes top $1 million for second month in a row]

Some local municipalities — like Fairbanks, Juneau and Anchorage — have put an additional sales tax on top, which is levied on the retail side.

Anchorage is allowed to increase its tax rate every two years by up to 2 percent. The tax rate is capped at 12 percent.

The ordinance will be introduced Tuesday and is slated for a vote June 26. If it passes, the tax rate will increase July 1.