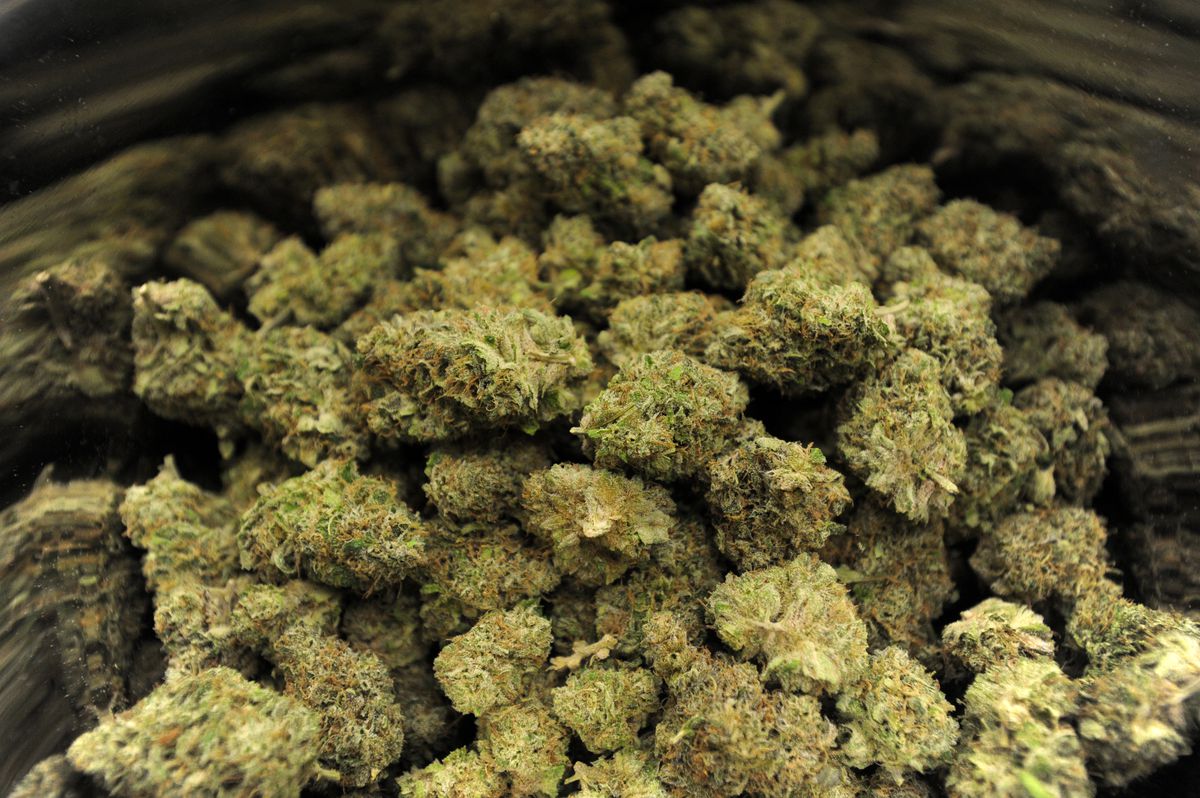 The co-owner of an Anchorage marijuana store, Lily Bosshart, recently turned to the Spenard Community Council with a plea: Help me save our eclectic neighborhood from becoming a homogeneous strip of pot shops.

The night before, on Nov. 5, the Anchorage Assembly approved two new retail businesses in Spenard to compete with her shop, Dankorage. Bosshart has suggested capping the number of licenses in high density neighborhoods, or changing zoning restrictions.

City policy has pushed cannabis retailers into a few pockets of the city, while the rest of Anchorage remains a relative marijuana desert. Zoning restrictions largely have stopped them from opening in buildings throughout the rest of town, such as in strip malls. Instead marijuana businesses have concentrated in specific neighborhoods.

"I think that we would like to see this very uniform, even spacing of these facilities, however that’s just not reality,” said Anchorage senior planner Ryan Yelle.

The Anchorage Assembly went beyond state regulations when it decided what businesses and community services should be protected from incoming dispensaries. City officials say there is no desire to go back and tweak zoning regulations for pot shops.

“We believe in the free market system," said Anchorage economic and community development director Chris Schutte. "We don’t think there should be an artificial limit on the number of licenses.”

Additionally, marijuana businesses have to move into a building that is owned outright. Anything with a loan will be federally insured. That means a marijuana business — which remains federally illegal — can’t operate in it. Spenard has vacant, cheaper retail space, so it became a natural home to the budding businesses, which have to pay cash for their buildings.

Jay Stange, chairman of the Spenard Community Council, said community members have a range of opinions on the increasing number of pot shops.

Others have told him they appreciate marijuana retailers finding a use for vacant buildings.

Last week, the council created a working group, including community and industry members, to work more closely with marijuana retailers. Together, they aim to help Spenard decide how much of its identity should be marijuana.

Residents also aired concerns about government regulation creating winners and losers and that a cap on licenses would stifle business.

Schutte, the city’s economic and community development director, said capping licenses would allow them to be sold at inflated prices on a secondary market, as liquor licenses are. The city wants to avoid that, Schutte said, and embrace a free-market economy.

Bosshart argued her industry isn’t in a free market. State regulation imposes an artificial price floor on marijuana sales, and also dictates a slew of other issues from coupon use to what products can be sold.

In what Bosshart would consider a free market, retailers would set up shop throughout Anchorage. It’s zoning that pushes them to open next door to each other.

Bosshart said her sales decline by 10% to 15% with each new store that comes to the neighborhood.

“We are hampered in almost every way, with the exception of how many licenses they’re going to put on the street,” Bosshart said. “That seems unlimited.”