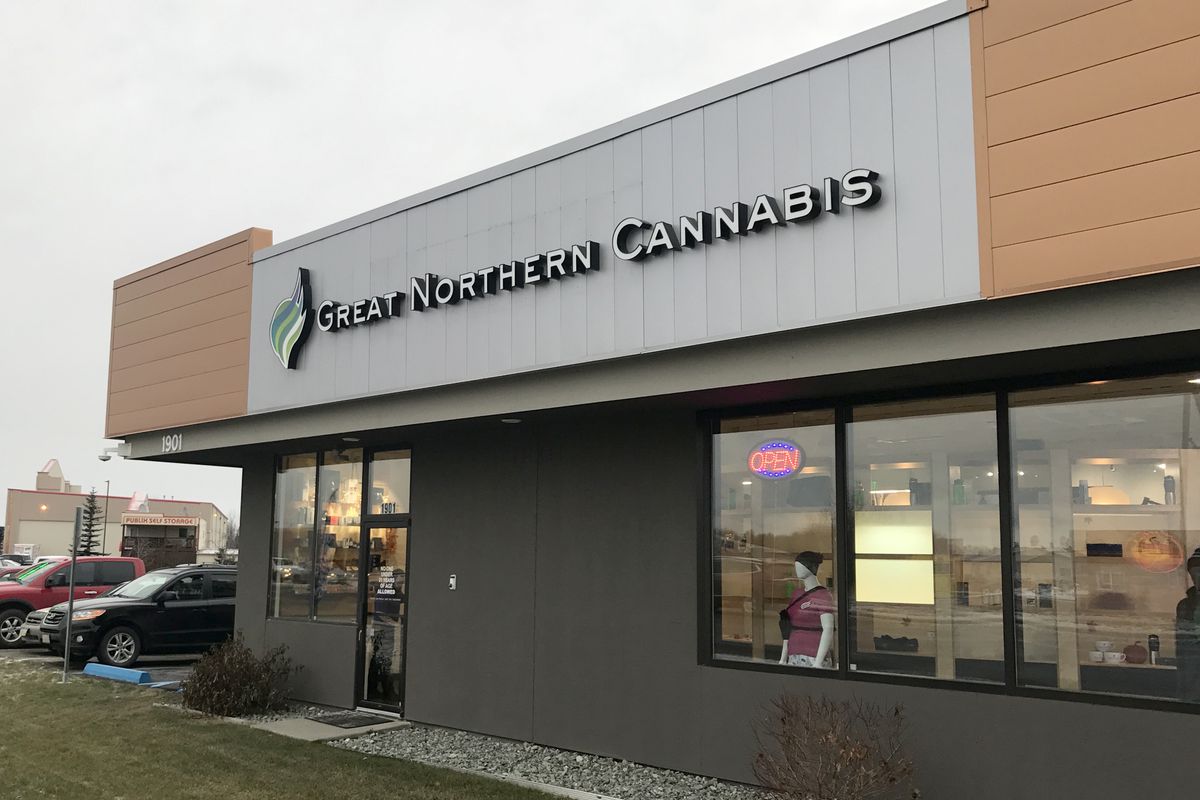 An eight-minute audio recording that appeared on social media earlier this month has led to an Alcohol and Marijuana Control Office investigation and the ouster of the entire board of directors and senior-level managers at a large, Anchorage-based marijuana retailer.

In the recording, Jordan Huss, formerly the vice president of Great Northern Cannabis and the company’s top shareholder, acknowledges switching out samples so that 100 pounds of marijuana would be able to be sold without undergoing the required testing for mold.

Huss said management in the company was adamant that marijuana still be sold, although the former CEO and the former vice president of the company dispute that claim.

“I was instructed to use different samples so that we would ensure that that cannabis batch would test clean,” Huss said on the recording. “I did that under orders by my management.

“That hundred pounds of cannabis sold.”

In an interview last week, Huss confirmed it’s him in the recording and also said he switched out the samples. He said he does not know how his conversation with another Great Northern employee was recorded, or how the recording found its way online.

On May 11, the shareholders voted in a new board. That night, they appointed a new CEO and hired a private security firm led by a former Anchorage Police Department officer to investigate the claims made on the recording.

The new board voted to terminate Huss. When told of that decision two days later, Huss responded that it would be an amicable departure, said Andrew Halcro, who was voted in as the board’s chairman.

“It’s really sad,” Huss said. “GNC started as a local company with local entrepreneurs that were really interested in building a brand and company that was representative of the great state of Alaska.”

Glen Klinkhart, director of the Alcohol and Marijuana Control Office, confirmed there is an active investigation into the alleged actions at Great Northern Cannabis. The investigation is a priority, Klinkhart said.

After looking into the matter on recommendation of Assemblyman Chris Constant, city code enforcement determined there was insufficient evidence to open a formal investigation.

“We will be completely liable, and accept that punishment, whatever it is,” Halcro said. "If the company goes under, it goes under.”

Both the city and state can fine a marijuana company or revoke its license. Constant said he would be surprised if Great Northern lost its license over this. There is insufficient evidence to prove what’s stated on the recording, Constant said.

Great Northern has two licenses transfers up for approval before the Assembly on Tuesday, one for a cultivation facility and one for a manufacturing facility.

The recording is of a conversation between Huss and a woman who asks him about switching the samples. In early May, it was posted to Facebook. That post was deleted, and shortly after that, the recording was uploaded to YouTube.

In an interview, Huss said he does not know how the recording was made or distributed. He said he believes the conversation was illegally recorded, and he is planning to pursue legal recourse.

During the eight-minute recording, Huss lays out how he switched out samples. He says he did so at the direction of Great Northern Cannabis’ then-CEO Steve Brashear and Eric Logan, the former vice president of strategic development. Both are no longer with the company.

“The reason why it had been stockpiled is some of that cannabis had tested positive for mold,” Huss said on the recording. “Eric was adamant, absolutely adamant, that that cannabis be sold.”

Logan, who is represented in his individual capacity by attorney Jeffrey Robinson, emphatically denied all allegations.

“I did not authorize, direct or condone the actions described in the recording, and I look forward to the facts coming out in a formal investigation,” Brashear said. He declined to comment further. Brashear said he resigned prior to the recording being released.

In an April 17 email Brashear supplied to the Daily News, he said he was resigning from Great Northern “due to personal reasons, health concerns, and the board’s preference.”

Brashear and Huss are the company’s two largest shareholders, and retain their shares after leaving the company.

Board members found out about the recording in late April, but the actions described in the recording were taken shortly after Great Northern began the process of purchasing the license of another marijuana company, R.C. Tinderbox, about a year ago, according to Huss. In an interview, he said there was concern that 100 pounds of marijuana that came as part of the transaction could be tainted with aspergillus mold, because past bud from R.C. Tinderbox had tested positive for that mold.

Rather than test that marijuana, Huss said, he had other marijuana tested that he knew would pass, under the guise of the R.C. Tinderbox marijuana. Huss said the marijuana didn’t look moldy, but since it was never tested it’s impossible to know what the results would have been.

There are several types of mold that can form on marijuana, one being aspergillus. Inhaling those mold spores can cause aspergillosis, a respiratory infection that can be especially harmful to people with weakened immune systems.

“We think — no, we know — the company has been run very poorly the past year and a half,” Halcro said. Halcro is a former state legislator and current executive director of the Anchorage Community Development Authority.

Halcro said the board hired Aaron Morse as its new CEO. Morse helped the company get started, Halcro said, but was pushed out of the company right before it started to go “sideways.”

“There’s a real feeling among shareholders that Aaron was moved out because he in fact had issues with some of the stuff that was going on,” Halcro said.

Records showing taxes paid by marijuana companies were not publicly available from the city, so it’s not possible to say which is the largest cannabis company in the city. But Halcro said Great Northern believes it’s the largest in the state, based on the size of its operation.

The company had 23 original shareholders.

Halcro said he and a majority of shareholders were outraged when they learned of the alleged sample switching during an April 27 shareholders meeting.

Great Northern bills itself as selling high-grade marijuana. If it did indeed sell 100 pounds of moldy marijuana at retail prices, the decision likely brought in over a half-million dollars, according to market prices.

Marijuana that tests positive for mold can be sold to a manufacturer that can remove the THC from the plant matter of marijuana buds by running a solvent like butane through it. That product costs about $1,000 per pound, said Jana Weltzin, an Anchorage marijuana attorney who represents many cannabis businesses in Alaska. (Weltzin does not represent Great Northern, and has no connection with their alleged misconduct.)

Weltzin said her clients told her Anchorage marijuana retail shops gross between about $5,000 and $7,600 on a pound of marijuana.

Update: This story has been updated to say that city code enforcement determined there was insufficient evidence to open a formal investigation.

Correction: An earlier version of this story incorrectly reported that Great Northern Cannabis purchased another cannabis company, R.C. Tinderbox, about a year ago. In fact, it started the process of purchasing R.C. Tinderbox’s licenses to operate. Cultivation and manufacturing license transfers, not renewals, as the article originally reported, were up for approval by the Anchorage Assembly Tuesday night. The original version of the article also incorrectly said Great Northern Cannabis’ parent company was Great Northern Brands.