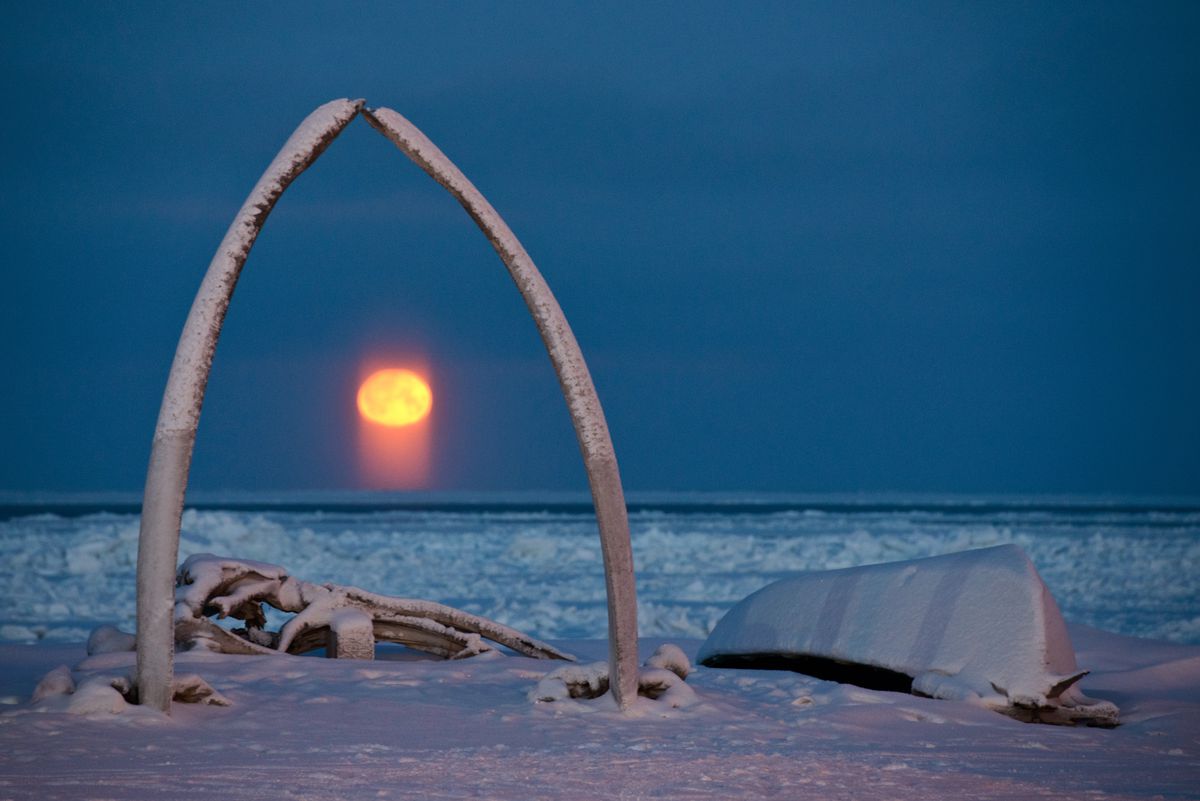 UTQIAGVIK -- Buds Below Zero will be the first marijuana dispensary on Alaska’s North Slope when it opens in Utqiaġvik this fall, according to its owners.

The trio is waiting on a final inspection from the state to ensure their building meets requirements before getting their final permit to legally sell marijuana.

The dispensary was unanimously approved by the North Slope Borough Planning Commission on Aug. 13 and will operate out of a former home that’s been retrofitted to meet state and federal regulations.

The city of Utqiaġvik has banned the sale of edibles. The borough also told the owners in their public hearing they expect the dispensary to close before 10 p.m.

It’s been a multiyear process to get to this point for co-owner and longtime Utqiaġvik resident Robert Kaleak. Alaskans voted to legalize, tax and regulate recreational use of marijuana beginning in 2015.

Kaleak, who moved to Anchorage in 2016, will operate the business remotely with two Anchorage-based partners, he said.

Buds Below Zero is partnered with Alaskan Grow Cannabis, a dispensary in Kotzebue owned by local Kalla Peacock. When Alaska Grow Cannabis opened nearly a year ago, it was the first legal cannabis dispensary above the Arctic Circle, Peacock said.

“Robert has a great knowledge and background with Utqiaġvik, and over the last few years I’ve gained knowledge about regulation and compliance with rural Alaska (marijuana industry),” Peacock told The Arctic Sounder.

Peacock said business at his Kotzebue shop is going well despite a huge learning curve in figuring out how things work in a fairly new industry. The third partner in Buds Below Zero has a background in finance, he said.

The state denied Kaleak’s original permit in 2019, saying he would not be able to compete with the “black market,” Kaleak said. He appealed the denial, partnered with Peacock, and was eventually approved by the state and the borough. At its public hearing in Utqiaġvik, Buds Below Zero had three letters of community support.

Kaleak said Buds Below Zero will have safe, clean and tested marijuana products verified by licensed facilities within the state. Employees will be checking every customer’s ID and cannot legally sell products to anyone under age 21.

Though Kaleak said he doesn’t know much about the black market in Utqiaġvik, he says it doesn’t give back to the community.

“I do know this: that the black market doesn’t verify how old their customers are,” he said. “They aren’t going to be making any contributions to the community. They’re not going to be making state and city tax (payments). Their products aren’t tested by the state of Alaska.”

From January to October 2019 in Alaska, more than 17 tons of taxed marijuana products were sold at retail outlets, generating more than $17 million in tax revenue, according to the Department of Health and Social Services.

Kaleak and his partners intend to hire a store manager and a few “bud tenders,” he said. All employees must be over 21 years old, pass a background check and receive their marijuana handlers permit online through the state.

Products will depend on availability and likely be sourced from suppliers throughout the state, Peacock said.