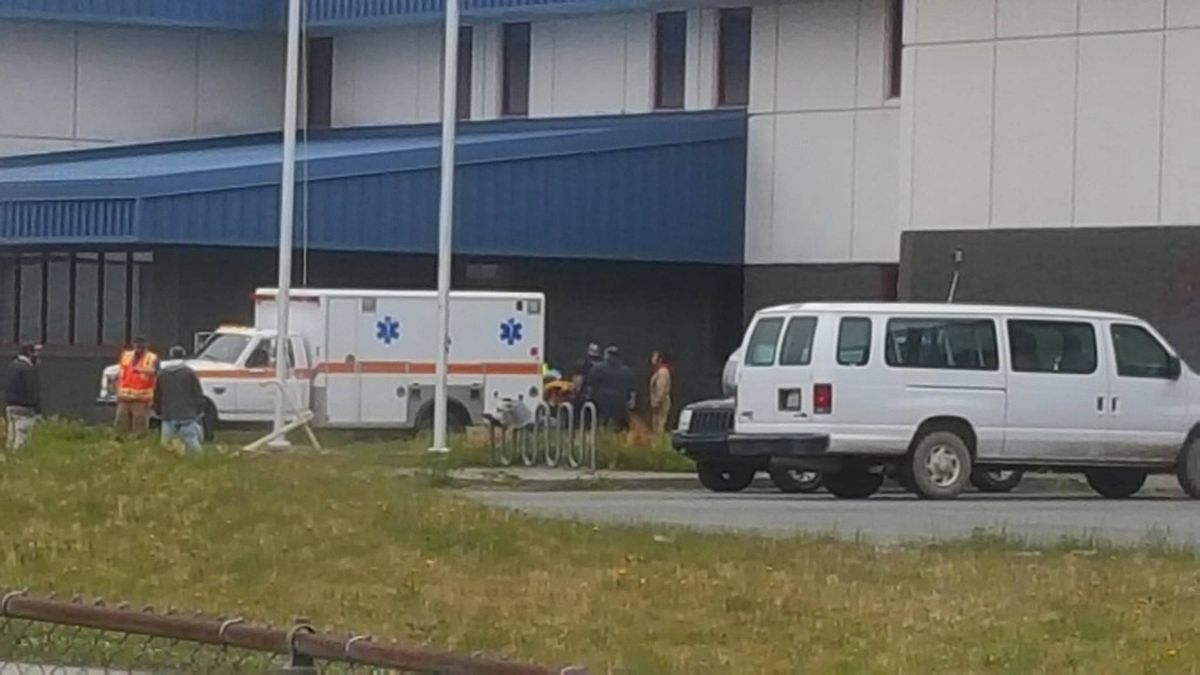 A patient is taken out of an ambulance at the Adak clinic after a vehicle rollover in Atka on Tuesday. (Scott Langley / ADN reader submission)

A patient is taken out of an ambulance at the Adak clinic after a vehicle rollover in Atka on Tuesday. (Scott Langley / ADN reader submission)

None of the people involved in the crash were named in a trooper dispatch issued just after midnight, pending notification of relatives. Troopers said they were notified of the single-vehicle wreck just after 6 p.m. Tuesday.

Luis Ingram, an Anchorage-based meteorologist with the National Weather Service, said an automated sensor station on Atka reported winds gusting from 25 to 36 mph at 5 p.m. Tuesday, when locals said the crash occurred. Sustained wind speeds for the afternoon were between 15 and 30 mph.

"It looks like generally the winds were gusting from the southwest," Ingram said. "There was no precipitation occurring at the time."

Local health care workers said they were treating nine patients Tuesday after the rollover. Ellen Krsnak, a spokeswoman for the community development association, said she was not able to confirm late Tuesday the severity of the injuries.

"We are devastated by the news of this accident and will do everything possible for our employees and their families," said Larry Cotter, the association's chief executive officer, in a statement.

Susie Hill, a community health aide at Atka's clinic, spoke over the phone from the clinic late Tuesday, where she said she had returned to get more supplies. Hill said she could not immediately comment on the extent of injuries.

"I just have to get back to them," she said.

About 64 people live in Atka, according to the latest U.S. Census estimates. Those injured had to be flown to Adak, a larger Aleutian town, Tuesday evening for medical treatment and later picked up by a Coast Guard plane and taken to Anchorage, about 1,300 miles away, according to Coast Guard Petty Officer Meredith Manning.

Manning said Guardian Flight, an air Medevac provider, first flew those injured from Atka to Adak. The Coast Guard plane, typically stationed in Kodiak, was re-routed to Adak from Cordova; it picked up six patients and landed at Ted Stevens Anchorage International Airport at about 5:45 a.m., transferring them to local medics.

Alaska State Troopers will arrive in Atka Wednesday to investigate the crash, according to the statement from the Aleutian Pribilof Island Community Development Association.