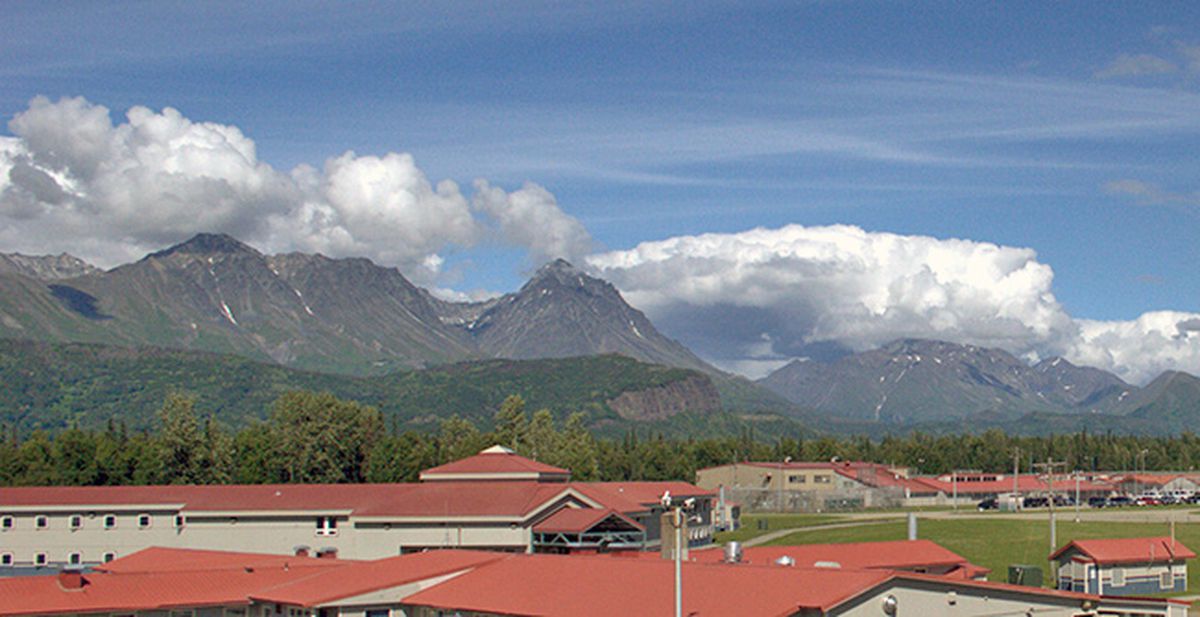 The Palmer Correctional Center is slated to be closed this year in a money-saving move, DOC officials said Tuesday. (Courtesy Alaska Department of Corrections)

The Palmer Correctional Center is slated to be closed this year in a money-saving move, DOC officials said Tuesday. (Courtesy Alaska Department of Corrections)

PALMER — A Mat-Su prison located on a bluff above Sutton is closing, its nearly 500 minimum- and medium-security inmates shifted to other facilities or electronic monitoring.

The closure of the Palmer Correctional Center marks the state's only facilitywide shutdown in response to far-reaching budget cuts. It is expected to save the state $5.6 million a year, according to an announcement Tuesday from the Alaska Department of Corrections.

The notice comes as Valley residents voice concern about rising property crimes linked to heroin use, and about offenders who commit crime while out on electronic monitoring.

The Palmer prison costs $10.6 million to operate, so the remainder of the budget will go toward more staffing at other facilities, DOC says. That's expected to cut an annual overtime budget of $1.86 million in half.

The state says the first phase of the shutdown will involve the center's 176 minimum-security inmates.

About 80 inmates will go to the Point MacKenzie Correctional Farm, officials say. The farm only has room for 128 inmates, and already houses at least 50, according to staff there.

Corrections spokesperson Corey Allen-Young said in an email the minimum-security plan will take two to three weeks to implement.

Other inmates will go to Goose Creek Correctional Center — another Mat-Su facility — or Wildwood Correctional Complex on the Kenai Peninsula, according to Allen-Young. Some may be eligible for halfway houses or electronic monitoring.

"Nobody is being released at all," Allen-Young said.

Goose Creek currently houses 1,150 inmates and has a capacity of 1,472, according to the state.

The medium-security wing at the Palmer prison, which houses 303 inmates supervised by 81 staff members, won't be relocated until November, with inmates being transferred primarily to Goose Creek and Wildwood.

Thirteen of the 25 minimum-security staff will be transferred to the Point MacKenzie farm as well, with the remaining 12 moving to other Southcentral prisons.

All told, on paper, the closure adds up to lost 30 positions. But there are other job openings available that could add up to job gains, not losses, Allen-Young said.

It's possible some jobs will be lost if staff don't want to move, he said.

The Alaska Correctional Officers Association said in a statement Tuesday the decision to close Palmer came without its input, or the public's, which surprised officers.

Corrections Commissioner Dean Williams in meetings in early July "clearly stated that no decisions had been made on closing any institutions" and assured the group its members would be part of the process, the union said. Numerous job and life skills programs available at Palmer may not be offered at other facilities, the statement said.

DOC properly notified all four unions that represent Alaska's facilities, including ACOA, Allen-Young responded. The staffing changes prompted by the closure should help with staffing, security and overtime issues at the Anchorage complex, something ACOA has expressed concerns about, he said.

A state legislator said his concern about Palmer Correctional's shutdown lies with public safety and what happens with inmates released on monitoring.

"If they're going to be moved to the farm, I'm not as alarmed," Colver said. "But if we're going to be releasing people on ankle monitoring, boy, they'd better be monitored closely."

There's also some question about the status of the farm operation's manager.

The farm cut back to minimal staffing in 2014. From 14 inmates, it's back to more than 50 inmates now and last year produced 3.2 million pounds of agricultural products worth $1.8 million, according to Farm Manager Adam Boyd.

Boyd, who's held the position for nine years, said the state previously informed him his contract was cancelled as of the end of October. He said Tuesday he hoped that status would change. He said he met with Corrections officials a few weeks ago and was told no decision was final.

Boyd hopes to add a processing component to the farm operation to freeze local vegetables for use first in Alaska's prison facilities, but then perhaps in senior centers and maybe even schools. Right now, Alaska prisons buy frozen vegetables grown in Washington, Oregon and California.

"I would like to keep our almighty Alaska state dollars in this state and build this industry," he said.

A Pew Charitable Trusts study warned late last year that the state might have to reopen the farm as a correctional facility, but Tuesday's statement said the farm was both "more conducive to transitional living" and a potential money-saver in its own right.

According to the statement, DOC will also "work with the Mat-Su community to repurpose the Palmer Correctional Center facilities for future use."
The prison in Sutton has worked well with the community, a longtime resident said.

Palmer Correctional loaned the community use of inmates for work on a playground and at cleanup sites in town, said George Rauscher, a community council member who's lived in Sutton since 1978. Rauscher is also running against Colver in next month's Republican primary elections for that House seat.

Inmates once made wooden toys distributed to children in town, and a number of current and retired prison employees live in Sutton.

The biggest concern the community council has is about the future of the prison facility and property, Rauscher said. "We don't really have that answer. We've never been given that answer."