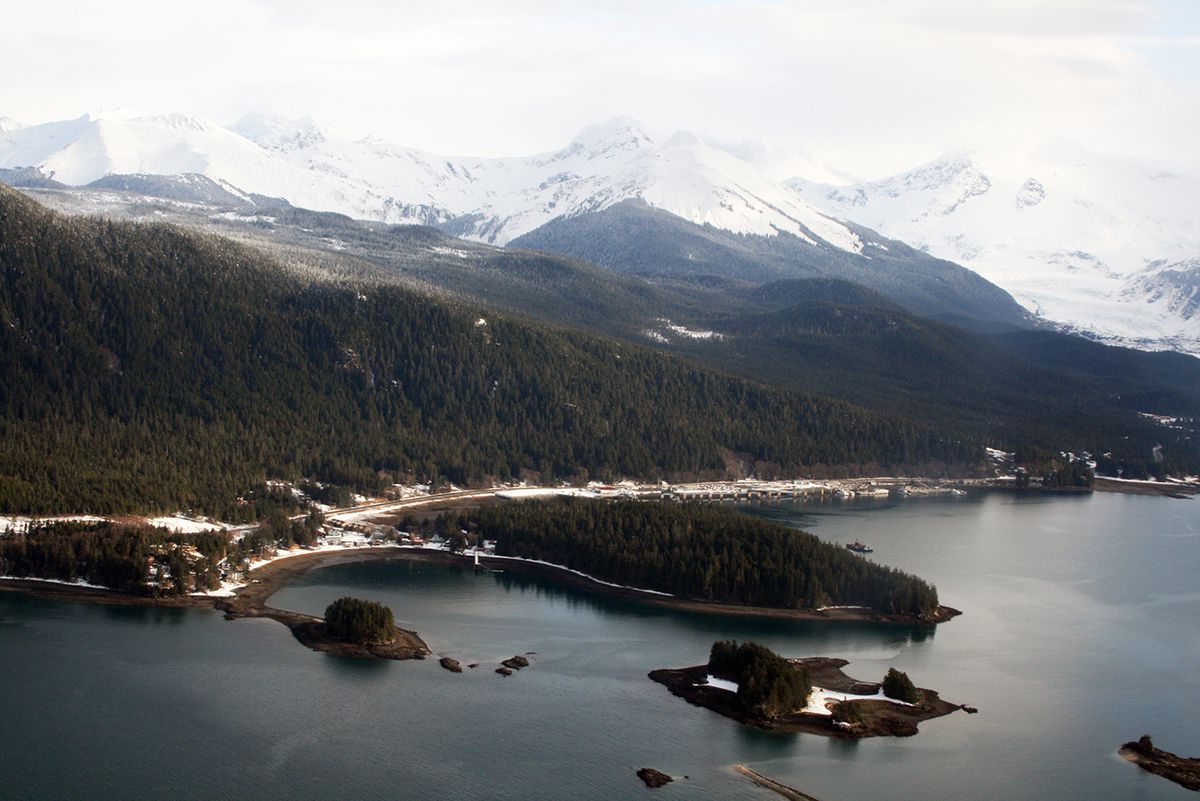 Indian Point in Auke Bay was added to the National Register of Historic Places in July. The roughly 78-acre site is located past the Juneau Ferry Terminal and before the Auke Recreation Area. (Beverley Demientieff / Sealaska Heritage Institute)

Indian Point in Auke Bay was added to the National Register of Historic Places in July. The roughly 78-acre site is located past the Juneau Ferry Terminal and before the Auke Recreation Area. (Beverley Demientieff / Sealaska Heritage Institute)

Indian Point in Juneau has recently been added to the National Register of Historic Places due to its traditional and cultural significance. The roughly 78-acre parcel of land in Auke Bay is one of the original village sites of the A'akw Kwáan.

Being listed on the register means the federal government recognizes Indian Point as a historic place worthy of protection under the National Historic Preservation Act.

"I was so happy. I said, 'finally, after all these years,'" Auk clan leader Rosa Miller said. "We've been trying to protect it for years and finally a lot of people got involved because they knew how important it was to us."

The Auk Tribe, the Alaska Native Brotherhood, Alaska Native Sisterhood, Sealaska Heritage Institute, Sealaska, Central Council of the Tlingit and Haida Indian Tribes of Alaska, the Douglas Indian Association and other members of the Alaska Native community have fought off development efforts of the area, also known as Auke Cape, for decades, said SHI's Director of History and Culture Chuck Smyth.

"It's been recognized by state and federal agencies as a site having historical, cultural and religious significance to the Native people, so that means before something is proposed to modify that there'll be a lot of discussion and hopefully the integrity of the site is maintained and protected," he said.

The heritage institute will work with local Native groups, the City and Borough of Juneau, National Park Service and Bureau of Land Management to develop a management plan for Indian Point to ensure long-term preservation.

Auke Cape is located past the ferry terminal, but before Auke Recreation Area, and separates Auke Nu Cove and Indian Cove.

While Juneau has other locations listed in the National Register of Historic Places — like the Governor's Mansion, the Alaskan Hotel and Mayflower School — Smyth said Indian Point is the first traditional cultural property in Southeast Alaska to be placed on the register.

"We call it sacred because we have our ancestors buried there," Miller, 90, said.

Medicine men are also buried there, she said, and it's a place where Miller and her family still hold ceremonies.

"We just go there and bless the area," Miller said. "It's a very important place for us. That's why we fought for it."

"A long time ago, we used to go there when the herrings were spawning," she said. "When the tide goes out there were little ponds there and we'd go out and get herrings. We had a lot of fun doing that."

Though the herring no longer spawn there, Miller said other things can still be gathered, like clams, gumboots, grass and sea urchins. Tree bark is used for herbal medicine.

SHI has been trying to get Indian Point on the National Register of Historic Places since 2004. After a lengthy application process, the Park Service finally approved it in July.

A ceremony marking the event is still in the works.

This piece was first published by the Juneau Empire, and is republished here by permission.